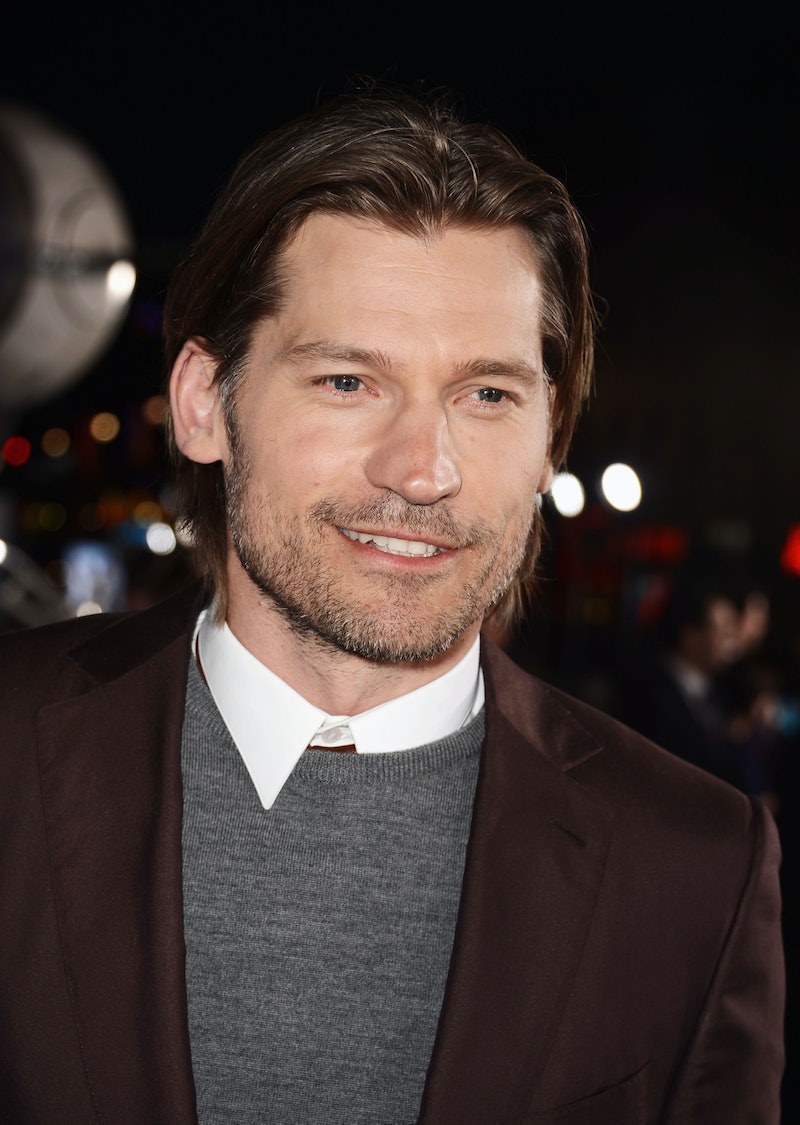 If you watched Sunday night’s new episode of Game of Thrones “Breaker of Chains” you know that it featured one of the series’ most disturbing scenes to date — and that's saying something. (Caution: there are spoilers ahead.) While mourning the death of her son, Joffrey Baratheon, Cersei Lannister was brutally raped by her brother, Jaime “Kingslayer” Lannister… right next to Joffrey’s corpse. Uh, yeah, it doesn’t get much more upsetting than that. While the scene was extremely difficult to watch and, in my eyes, very clearly depicted rape, Nikolaj Coster-Waldau, the actor who plays Jaime, isn’t quite so sure. Yeah, I’m serious.

When asked if he thought that Jaime’s attack on Cersei constituted rape during a recent interview with The Daily Beast, Coster-Waldau responded, “Yes, and no. There are moments where she gives in, and moments where she pushes him away. But it’s not pretty. It’s going to be interesting what people think about it.”

Oh, I'll tell you what I think about it! "Yes and no"? In what world?? We watched Jaime rip Cersei’s clothes off, push her to the ground, and force his way on top of her. That wasn’t clearly rape? I guess Cersei’s terrified cries of, “Stop it!” throughout the scene were somehow unclear to Coster-Waldau. I wish I were making this whole thing up, but I’m not.

To make matters even worse, the actor almost attempted to defend or justify his character's actions by saying:

There is significance in that scene, and it comes straight from the books — it’s George R.R. Martin’s mind at play. It took me a while to wrap my head around it, because I think that, for some people, it’s just going to look like rape. The intention is that it’s not just that; it’s about two people who’ve had this connection for so many years, and much of it is physical, and much of it has had to be kept secret, and this is almost the last thing left now. It’s him trying to force her back and make him whole again because of his stupid hand.

It’s one thing to try to explain Jaime's warped motivation, but it’s another thing entirely to claim that what we saw wasn’t really rape because of Jaime and Cersei's romantic history, or because Cersei may have eventually stopped resisting the attack — neither of those things is relevant to the question at hand. It's simple: was the sex depicted on Sunday night’s episode consensual? No, it was not. Therefore, it was rape. Case closed. Why are we still having to explain this concept to people?

Game of Thrones may take place on the fictional continent of Westeros, but that doesn’t mean that the definition of consent has changed. Sadly, Coster-Waldau’s confusion about this issue only further highlights the pervasiveness of rape culture in our world. Attempting to justify the attacker's actions? Check. Shifting blame from the attacker to the victim by claiming that the victim “gave in” and “wanted it” on some level? Check. This is absolutely appalling.

I don't care if you're riding on the back of a freakin' mythical dragon, no means no — it's literally as simple as that. Will one of Coster-Waldau's costars step up and challenge his position? I certainly hope so. I feel like this is an important moment for Game of Thrones. The world is watching.