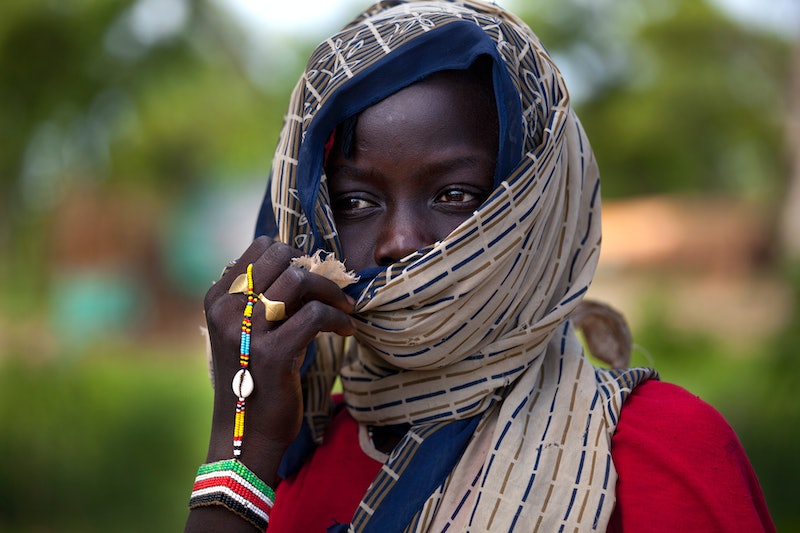 It's not often you can say "good news" and "genital mutilation" in the same sentence.

The United Nations Children's Fund (UNICEF) released a groundbreaking report this week on female genital mutilation/cutting (FGM/C) that is the most comprehensive compilation of data and analysis on the practice to date. And here's the good news: it appears FGM/C is on the decline.

Experts say the key to figuring out how to discourage the practice is understanding what social factors are leading to its continuation. Researchers already know that the tradition is deep-rooted in cultural and religious beliefs that believe the mutilation encourages chastity in women. Therefore, the report asserts, an effective way of framing the abandonment of FGM/C is "as a better way to attain the core positive values that underlie tradition and religion, including ‘doing no harm to others.'"

The harm that is done to girls who are cut is certainly real enough to be prohibited on moral grounds, as the Times explains:

Female genital cutting includes a range of practices from pricking or piercing female genitals to amputating some or all of the external genitalia, including the clitoris. The practice can diminish women’s sexual pleasure and increase the risk that they and their babies will die in childbirth.

More than 125 million girls and women alive today have been cut, and as many as 30 million girls are at risk of being cut over the next decade if current trends persist.

Fortunately, it's not only women who are beginning to question the practice — men and boys are, too. Surprisingly, in countries such like Guinea, Sierra Leone, and Chad , significantly more men report being opposed to the practice than women. (As predicted by modernization theory, support for the practice declines progressively among both men and women with increased levels of education and increased levels of household wealth.)

To see some of the faces behind the struggle to fight this harmful practice, here's a recent video by UNICEF highlighting some of the findings in its recent report: