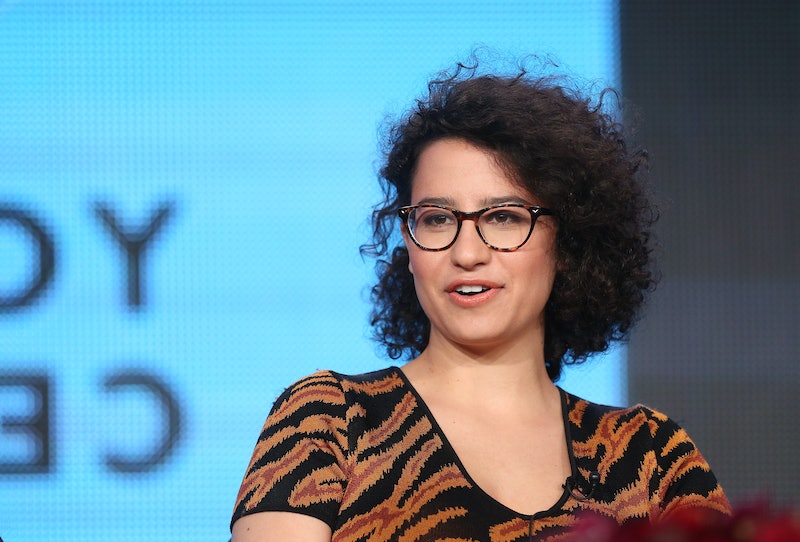 If the girls of Broad City had a holiday calendar, it would undoubtedly include an entire week of festivities preparing for their highest of holidays, 4/20. We've already seen them smoke up with Doug on the YouTube hash bash Getting Doug with High, and they usually toke at least once an episode. But Ilana Glazer has gone to knew stoner heights in her latest Chronic Gamer Girl YouTube short.

Gamer Girl is a series of YouTube shorts Ilana does solo, and it is just going into its second season this year. Although Ilana usually plays video games on the show ranging from Super Mario Bros to NFL Blitz, she's been doing thematic episodes lately that have gotten a little... bizarre. And her 4/20 installment was supposed to focus on sexiness and love, and it started off well, with a naked (but heavily censored) Ilana telling everyone that they're bangable. And then she goes full-on crazy.

Though the short has a couple of outrageous moments, their comedic value is lost without a straight (wo)man to react to Ilana's antics. If Abbi or Lincoln had been around to gasp, yell "Ilana!," or give a knowing head-shake, we could have had a moment to process the Ilana's bubble-wrap wallowing or puppy make out session. But without someone on-camera showing us how to react, Ilana's comedic genius faded into absurdity, leaving behind the type of witty stoner repartee we love from Broad City.

And maybe Ilana's shorts are aimed at an entirely different audience, with a more experimental sense of humor. But watching Ilana by herself reminded us why Abbi is central to Broad City's success, even if she isn't usually the driving force behind their shenanigans.