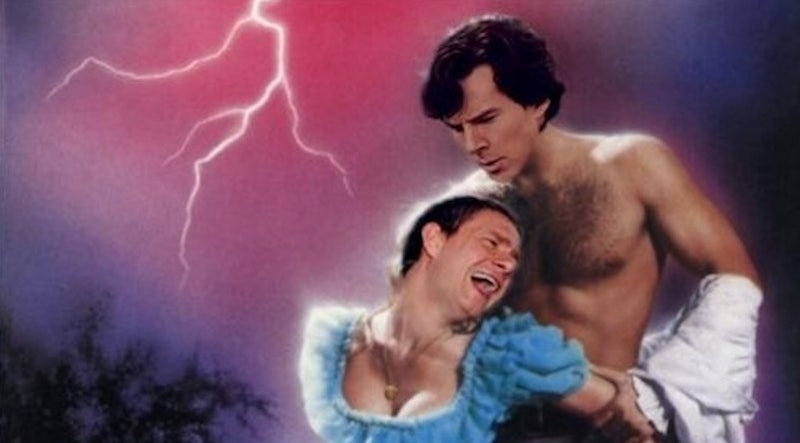 Fan fiction has been around for as long as people have told stories, at times standing proudly in the mainstream and other times sitting comfortably in the background. According to the Daily Dot, right now, though, approximately 20 people have been arrested in China for taking part in male/male fan fiction. It's a rather extreme example of the way cathartic fanfic can be twisted to be perceived as threatening.

Male/male fan fiction — most commonly referred to as "slash," a term coined for the slash between the names Kirk and Spock in the groundbreaking Kirk/Spock fan fiction of the 1970s — is a huge sub-sect of the subculture surrounding fan fiction, and the majority of these fanficcers (readers and writers) are women. Since the rise of the Internet, fanfiction, and certainly slash, has increased to the point where its terms and concepts are steadily breaking into the mainstream.

Now those taking part in the tradition of slash fiction are finding themselves the victims of new Internet "cleanup" laws in China.

The increased attention to slash is part of a recently announced Internet “cleanup” by China’s National Office Against Pornographic and Illegal Publications. It’s apparently been tasked with deleting any kind of pornographic online content.

The whitewashing reportedly includes all text, pictures, videos, and advertisements. It also seems to include slash fic—specifically male/male slash and its Japanese cultural counterpart, yaoi or Boys Love. In China, it all falls under the term “dan mei.”

Slash is popular internationally — in fact, China made headlines when the most recent season of Sherlock was airing thanks to a large uptick in fan fiction out of the country centering on the show's (largely male) characters. As The Wire wrote in their coverage of the phenomenon, the fic there is indicative of something bigger than simple affection for fictional characters and their sex lives:

In a country where gay men are in marriages they don't want to be in, where people are told to act straight, and where gay men and lesbians are even entering fake marriages to get people off their backs and live their lives, the Fu Nv [fan fic writers] represent an improvement in the country's attitudes toward the LGBT community, even if it is by way of raunchy Curly Fu-Peanut fan fiction.

This is something that's long been true for slash, and for fan fiction in general. As media scholar Henry Jenkins once said, "Fan fiction is a way of the culture repairing the damage done in a system where contemporary myths are owned by corporations instead of owned by the folk."

Fan fiction has long been a way for audiences to work through things the original texts might not allow for. When it comes to erotic slash fic, there's a lot of value that comes from hashing out society's issues through the subversion of those taboos. For many who consider themselves part of "fandom" subculture, fan fiction has long represented freedom and empowerment. That that freedom is very literally being taken away from people because of their writing of that content? It's baffling, but it also proves why fic — and the people who write and read it — are so necessary in the first place.