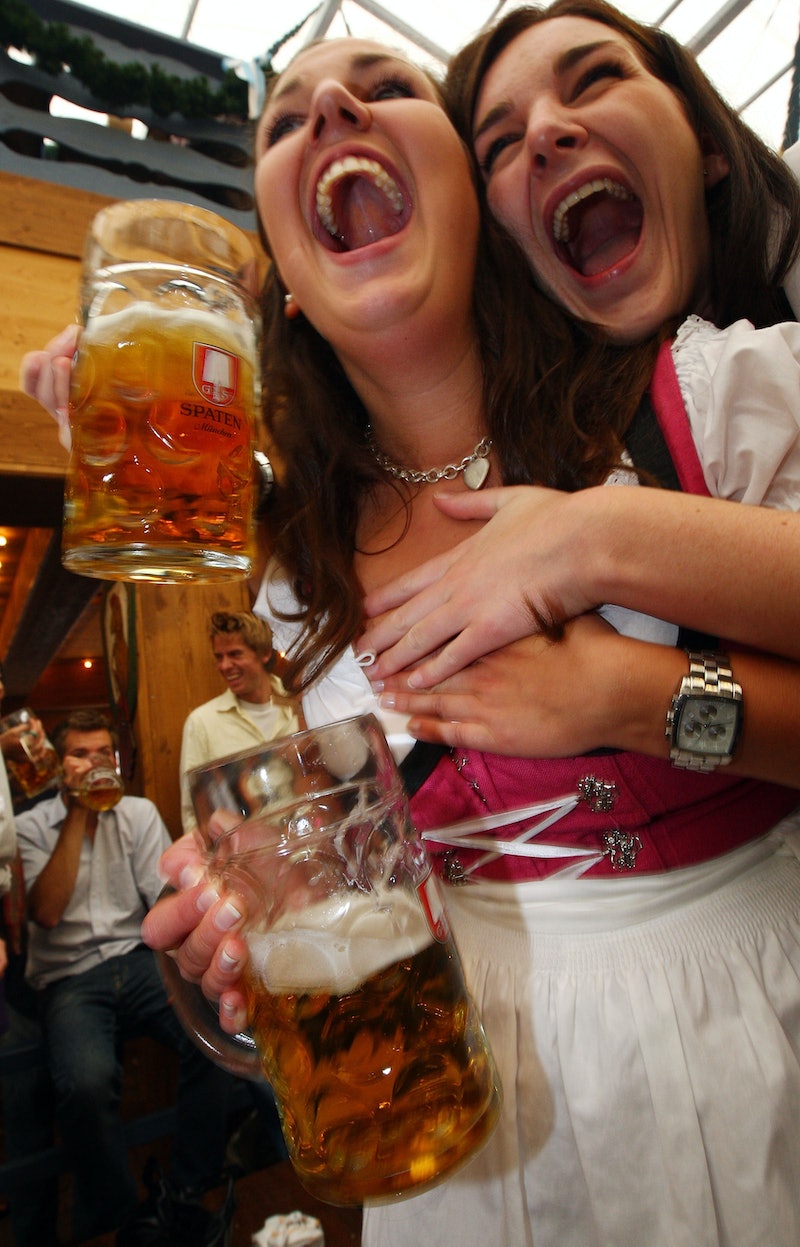 Oh, Happy Hour. What could be better than cheap cocktails after a hard day at work? Well, um, how about staying alive?

According to BBC News, the drinking habits of European women, particularly those born in the 1970s, are worrying, to say the least. The media outlet cited results of a study, published in the Journal of Epidemiology and Community Health, which reviewed patterns of alcohol-related mortality in Glasgow, Liverpool, and Manchester. Researchers found that, while mortality rates have plateaued or even fallen slightly for the majority, they've actually increased for the youngest group of women: Those born in the 1970s.

As Institute of Psychiatry at Kings College London researcher Sally Marlow reported to BBC's Radio 4 program, the report is the first indicator that there may be a "ticking time bomb" of alcohol problems in women. The team behind the report suggests that wider accessibility to cheaper alcohol, better marketing and longer drinking hours are all contributing factors to the trend.

I'm thinking that language habits may also play a role in women not knowing exactly how drunk they really are, and there's research to back it up. Researchers for a study published in Alcoholism: Clinical & Experimental Research showed that women tend to use terms that describe their intoxication levels as moderate, such as "buzzed" and "tipsy". Conversely, men tended to use harder terms such as "wasted" or "hammered". This held true for both sexes regardless of the level of intoxication. Although this study was conducted using U.S. undergraduate students, perhaps its findings hold true for many women across the axes of age and location. The overarching cultural norm is that it is not appropriate for women to embrace "male" drinking habits — that is, to drink to the point of being "wasted". Accordingly, women feel pressured to downplay their intoxication and may actually underestimate their impairment. When women are negatively impacted at lower levels of alcohol than men, this is a problem.

Obviously, a policy response is needed to address the worrying levels of alcohol-related deaths among European women. I think the first step is just owning the fact that women do drink.