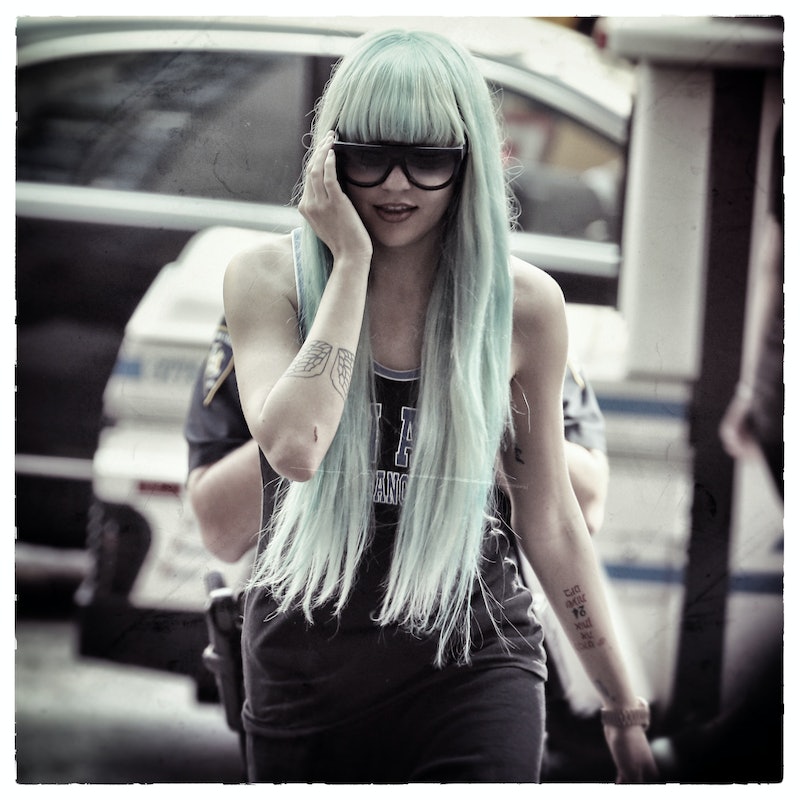 Amanda Bynes has reportedly been hospitalized for psychiatric evaluation after starting a fire in a neighbor's driveway.

According to TMZ, the actress — who was arrested and checked in for mental evaluation in May for reckless endangerment and marijuana possession — was booked in Thousand Oaks, Calif., Monday night, and is currently on involuntary 5150 hold.

The incident follows Bynes' run-in with authorities Sunday, when a retirement home in Thousand Oaks accused the former actress of drunkenly trespassing on the property. (Bynes reportedly claimed she was there to see a relative.) The actress, who grew up in Thousand Oaks, was not taken into custody.

Bynes, who can be found tweeting bizarre statements on Twitter, has been silent on social media in recent days, having last tweeted about Drake:

This is Bynes' latest legal setback — the actress was previously arrested for driving under the influence in 2012, and charged with a hit-and-run later that year. So there's little surprise Bynes made her last public appearance (save for a few bizarre paparazzi sightings) in early July while attending a court hearing related to her May 2013 arrest. She's set to return to New York City to appear in court again Aug. 26. Developing...