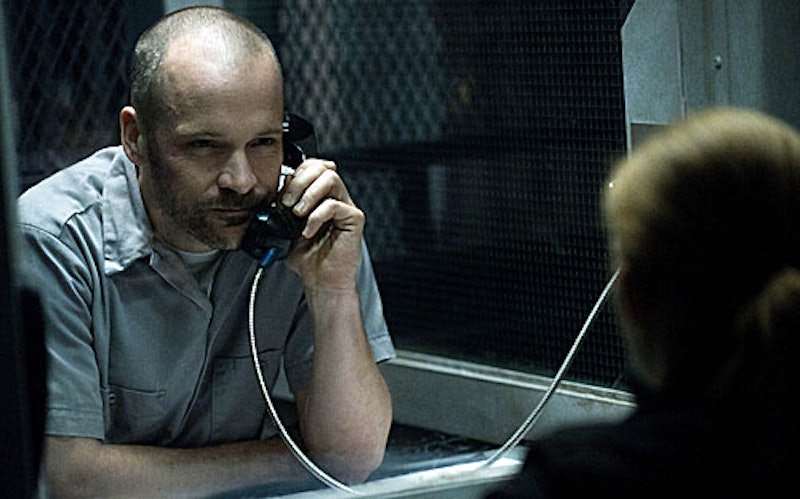 Last night the two-hour Season 3 premiere (well, back-to-back episodes to be precise) of the divisive drama The Killing aired on AMC... and it's a good thing for them that absolutely nothing happened on Game of Thrones and their show is all people can talk about today. Just kidding! Still, while the Internet is still abuzz from the "Red Wedding" massacre that took place on HBO, over on AMC, The Killing was trying to smooth out any hard feelings following last season's maligned finale.

As far as last night's episodes were concerned, the show haven't completely failed. While it's too soon to tell whether The Killing can win back its audience with its revamped approach, the show's writers have wisely decided to follow in the footsteps of the networks' far more beloved shows.

Here's how The Killing is attempting to re-brand itself as an AMC show:

If It's Broke, Fix It

Aside from not getting blockbuster ratings or fervent fan loyalty, The Killing really isn't a far cry from The Walking Dead. After all, the show came back from the dead when it was canceled. (Not to mention the fact that it's super bleak and sometimes there are un-dead cows around, too.) But, the show took its biggest cue from The Walking Dead by switching gears — the series took the focus off the mystery of one kid with disappointing results (Rosie Larson: The Killing ::Sophia: The Walking Dead) and brought the focus back to other characters and new unsolved mysteries. The Rosie Larson case left a bad taste in viewers' mouths, so this time the show upped the ante with more possible victims (Kallie, all those body bags found in the river in that haunting final image belonged to some bodies at one point), more possible suspects (Twitch and Ray), and more at stake with Linden and Holder no longer working together (for now).

And I'm not just talking about the homeless teens that wind up brutally murdered by a mystery killer. The series brought in some new stars to shake things up, much like Mad Men has done this season with the likes of Harry Hamlin, Linda Cardellini, and James Wolk. The Killing has brought on Peter Sarsgaard to play Ray Seward, a former cop on death row who is convicted of killing his wife. Sarsgaard's performance was unnerving and Seward seems to be playing a bigger part in this season's bigger mystery. A little star power could be a new bright spot on this grey and rainy series and it will be thrilling to watch Sarsgaard's villain face off with Mireille Enos' returning hero.

For the first two seasons, The Killing played like a procedural with no pop. It had all the bleakness of Breaking Bad without the levity of any twisted dark humor. Or any humor at all, it seemed. Still, Joel Kinnaman's Stephen is handsome and charming and can make viewers crack a smile in the bleakest of circumstances… sort of like Jesse Pinkman, no? In fact, Holder uttered his very own Pinkman-ism last night when he snapped, "I don't eat meat, bitch." Yeah, bitch, Jesse would be proud.