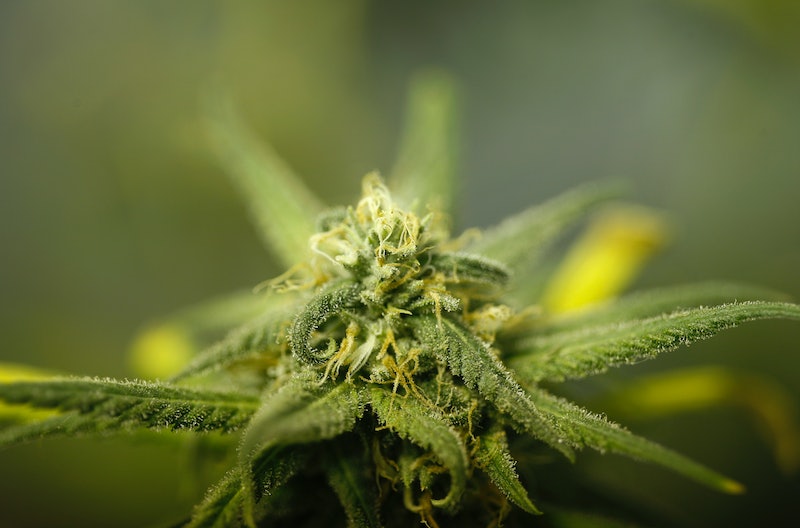 The cannabis plant has roots all over the world, and misconceptions about the drug abound — even today, nobody seems able to agree what effect the drug has on mental health. This much is certain: the drug has seen a recent surge in acceptance, with Colorado and Washington state leading the way with radical legalization laws.

You may consider yourself a part-time connoisseur, but do you know your history? Where did the drug come from? How did it gain traction in the U.S.? Why was it outlawed? NPR has run a report on the origins of the word 'marijuana,' and busted some popular myths along the way.

Here are the best takeaways:

Myth: Marijuana was forbidden because American authorities spread rumors about the drug being a Mexican psychotic.

Fear of brown people combined with fear of nightmare drugs used by brown people to produce a wave of public action against the "marijuana menace." That combo led to restrictions in state after state, ultimately resulting in federal prohibition.

Indeed, it's true that cannabis was under fire in the early twentieth century, with several Americans testifying that it was being brought and used by Mexicans. (It was actually brought to Mexico by the Spanish, who wanted to cultivate it to make hemp.) Major figures at the time testified that it made people "low mentally," and incited violent behavior. Congress freaked out about the new and potent drug, and federal law banned the cannabis plant.

That said, anti-Mexican sentiment in the U.S. was not the main factor behind the prohibition of the drug.

Truth: Both Mexico and America were concerned about the drug, because back then it was probably pretty scary.

Mexico — rather than housing an army of "manic" cannabis users — was equally freaked out, and actually banned the drug a full 17 years before the U.S. did. So how did both countries come to fear what's regarded today as a generally benign drug?

At first, historians thought that this was down to race relations, or any number of sociological factors — but they've now concluded that they just can't know what effect the drug had on users a hundred years ago. From professor Isaac Campos:

The cult of pharmacology suggests that there is a direct and consistent relationship between the pharmacology of a substance and the effects that it has on all human beings. But as decades of research and observation have demonstrated, the effects of psychoactive drugs are actually dictated by a complex tangle of pharmacology, psychology and culture — or "drug, set, and setting" — that has yet to be completely deciphered by researchers.

Myth: Both Mexico and the U.S. initially called it cannabis.

Bizarrely, the accounts of "cannabis" in papers before 1900 and "marijuana" after 1900 could not be more different. Before the turn of the twentieth century, "cannabis" was only referred to publicly for its medical or industrial use — but then, suddenly, the word "marijuana" (or "marihuana") started cropping up in a series of violent newspaper headlines.

Mexico's papers had been running similar headlines for some time. Marijuana experts (yes, that's a thing) like Campos still don't know exactly why the drug gained its fearsome reputation, but speculation abounds that higher-ups orchestrated these headlines, particularly in Mexico.

The discrepancy between the reputations of "cannabis" and "marijuana" in the Mexican and American press could come down to this: there might have been two different drugs running amok.

There's a difference between Indian cannabis ("hasheesh") and Mexican cannabis ("locoweed"). Some kinds of "hashish" (in old-timey novels, for example) are actually half-opium.

The mystery of marijuana's name is appropriate for this incredibly many-faceted plant. It's worth reflecting, when you see coverage of the humble weed, how much global, geopolitical, historical weight is packed into even its name.