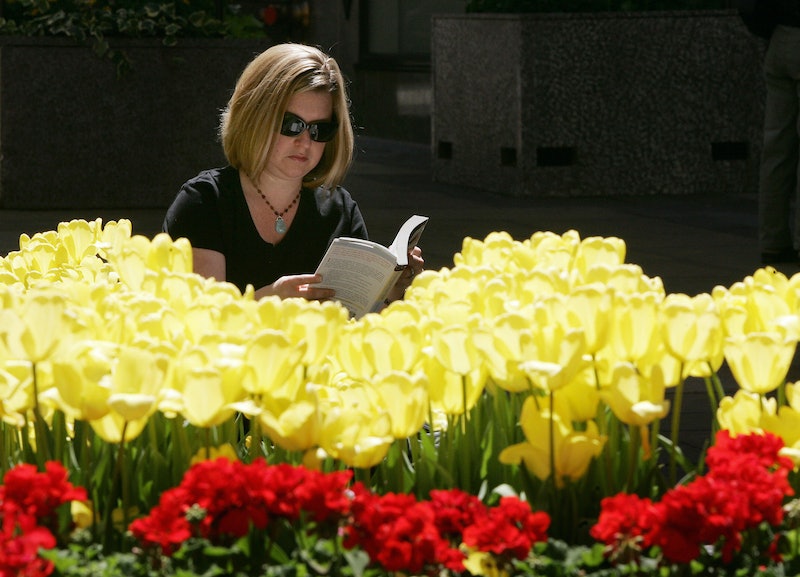 It’s that time of the month again… when you have to prepare for yet another extensive bounty of fresh books to hit the shelves all month long. (Just think: New book smell.) What comes with it, however, is the dreaded task of whittling down your list of must-reads since you can't quite read them all. But we've done the legwork for you.

From mind-tingling literary thrillers to charming beach reads loaded with humor (yes, beach season is here!), May is chock-full of literary delights from across the genre spectrum. And with works from brilliant debut authors, like Roxane Gay and Julia Fierro, and page-turners from seasoned favorites, like Michael Cunningham and Elizabeth Crook, talent abounds in this month’s reading itinerary in which maverick magicians, indie rock stars, neurotic mothers, and lovelorn Brooklynites will be among your newest companions.

Once again, we’ve kept our list short and sweet, so as not to taunt or over-extend you. And thankfully, spring has finally sprung, so there's a cool patch of grass at your neighborhood park calling your name. Get out your checkered blanket and ready your warm weather wardrobe. Here are the seven books you'll want to accompany you on your sunny, blissful days in the park.

Read now. Thanks us later.

Who hasn’t, at some brief point in her life, entertained the dream of being a rock star? Though for some, it’s more serious than others, the musing is one we can all identify with. But for Anna Brundage, the 44-year-old protagonist of Stacy D’Erasmo's latest novel, becoming an indie rock goddess is more than a naïve fantasy. When we meet Anna, she’s already achieved fame, but now, after a seven-year hiatus, she must decide whether that life is one she still wants or if it's time to let the era of glory fade and move on. With bold storytelling and stellar style, D'Erasmo takes us on an intimate tour inside the life and mind of a conflicted musician and leaves us with a new understanding of what it means to "make a comeback."

Julia Fierro's satiric take on child rearing in contemporary New York City will have you chuckling, tearing up, and shaking your head in amused disapproval over the course of its 300-odd pages. When a group of neurotic, self-absorbed, and competitive urban parents leave their gentrified neighborhoods of middle-class Brooklyn and head to a cozy Long Island beach house for a weekend-long parent-child bonding retreat, things are bound to get anything but cozy. Tensions run high among them as they grapple with their own problems as well as each other, from sparring over the neighborhood's most desirable nanny to arguing over whether to have a second child. Cutting Teeth is a hilarious and provocative literary debut that will leave you impressed by Fierro's ability to charm and humor.

3. The Snow Queen by Michael Cunningham (Farrar, Straus, and Giroux; May 6)

Get your box of tissues. Pulitzer Prize-winning author Michael Cunningham is serving up yet another one of his eloquent, tear-inducing novels. This one, set in present-day New York City, deals extensively with the subject of loss — of a loved one, of faith, and of self.

An electrifying emotional current pulses through Cunningham's tale about a pair of brothers and their loves. Barrett Meeks is a thirtysomething Brooklynite recently "mauled" by yet another breakup. Tyler is his older brother and roommate, a musician who bartends on the side while grappling with a resurfacing drug addiction. Beth, Tyler's longtime girlfriend, lives with the Meeks brothers and is currently battling cancer. With fluid, colorful prose, Cunningham once again demonstrates his masterful ability to craft sincere, human characters and articulate interior conflict. The Snow Queen is story about loss and the ways in which we attempt to recover from and regain the things we lose hold of, a story that illuminates the innermost conditions of the human soul.

4. An Untamed State by Roxane Gay (Grove Press; May 6)

Roxane Gay is a rockstar talent who's already left her mark on the literary world, and her dazzling debut novel is certain to cement her place. An Untamed State tells the haunting tale of a young Haitian-American woman who is swept away from her privileged life in Haiti when she is kidnapped for ransom and tormented by her captors while her wealthy father refuses to comply with their demands. The novel takes readers through an emotional whirlwind of hope and fear as they follow Mireille Jameson's journey from captivity to freedom and later, her metamorphosis in the aftermath of the harrowing experience.

5. The Last Illusion by Porochista Khakpour (Bloomsbury; May 13)

With the power of dark humor and fairytale whimsy, Porochista Khakpour propels us through the mystical depths of rural Iran to the urban epicenter of New York City in her latest novel The Last Illusion. Khakpour combines the beauty of ancient Iranian myth with the tragedy of contemporary American life to create an inventive world where an arrogant illusionist running out of tricks and a young girl in search of religion meet a feral boy, formerly raised as a bird, who wants nothing more than to fly. It's a darkly glittering story that draws you in from its very first pages and mesmerizes you until the last.

6. Monday, Monday by Elizabeth Crook (Farrar, Straus, and Giroux; May 13)

It’s been seven years since Crook has published a novel, but I’m going to go ahead and say that her latest work will prove it’s been worth the wait. In Monday, Monday, Crook reimagines in hauntingly vivid detail one of the first campus massacres in U.S. history, the Charles Whitman shootings of 1966. Told through the eyes of three students whose lives were irrevocably altered by the tragedy that shocked the University of Austin's campus that sweltering August afternoon, the novel spans forty years, traversing the course of those three lives as they unravel and intertwine in unexpected ways. Crook's elegant handling of a national tragedy will move readers in ways they won't easily forget.

7. The Vacationers by Emma Straub (Riverhead Books; May 29)

What better beach read than the classic tale of an epic family getaway — you know, the kind filled with drama, jealousy, and personal revelations. On this family vacation Franny and Jim Post head to the luxurious Balearic island of Mallorca with their daughter Sylvia to celebrate their 35th wedding anniversary and Sylvia's recent high school graduation alongside extended family and friends. But amid the celebratory air, tensions begin to simmer beneath the sun — secrets are unveiled, old wounds reopen, and rivalries unfurl. In The Vacationers, Emma Straub, a master observer of human emotion, once again dazzles her readers with this richly imagined travelogue, a fun, witty story about family relationships — their evolution and strength. With its lush, scenic setting and its exciting cast of characters, The Vacationers is certain to be your newest beach accessory.

Now procure a hefty picnic basket, stuff these inside, and head outdoors to devour these smart works one by one.