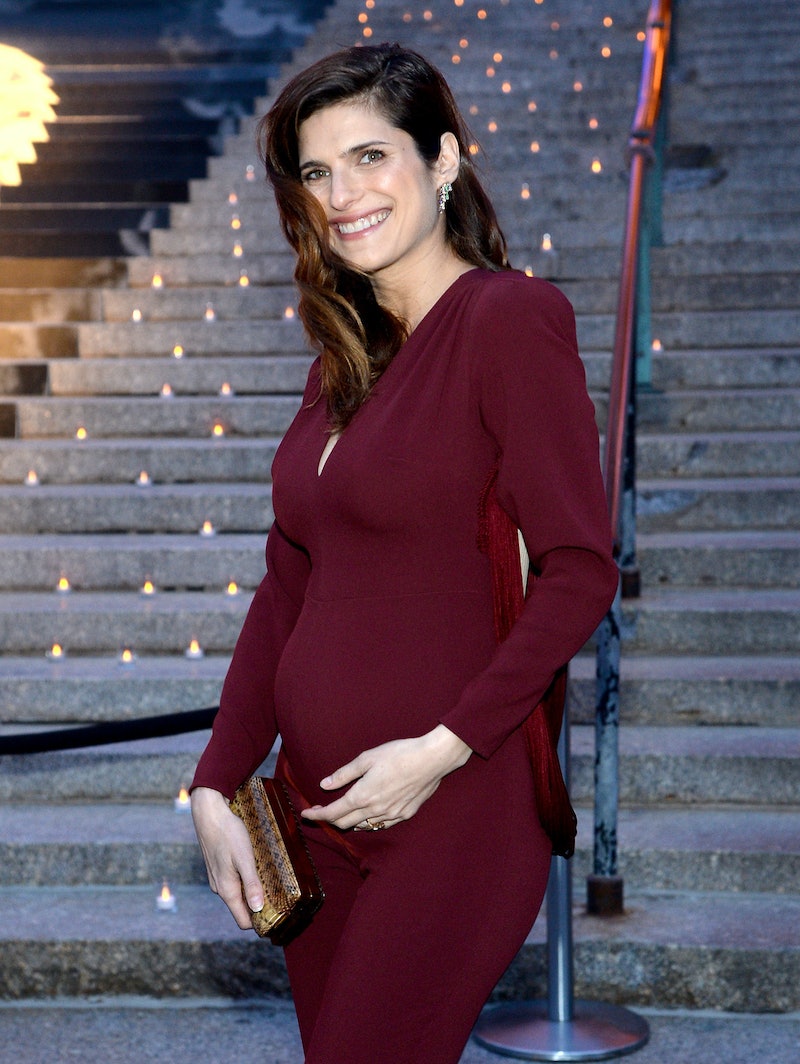 Who knew!!? Apparently, the actress Lake Bell is pregnant. She debuted her baby bump on the red carpet on Wednesday night at the Vanity Fair party at the Tribeca Film Festival, and she looked stunning. This is the actress's first child with her husband, Scott Campbell, a tattoo and fine artist who she married back in May 2013. The two met in 2011 on the set of How To Make It In America.

If you had no idea that she was pregnant, you're not alone. The 35-year-old star of Million Dollar Arm recently posed topless on the cover of Esquire's May issue, with zero indication that she was pregnant. She also has been keeping relatively quiet about her pregnancy (as a celebrity ought to — it's absolutely ludicrous to expect a famous person to dial up all the tabloids after that first pregnancy test).

However, the multi-talented star put that baby bump on prominent display on Wednesday night. She posed for photos cradling the little bump in a red jumpsuit, clearly rocking that pregnant glow.

And seriously, what a way to announce a pregnancy — by showing up on the red carpet looking gorgeous. Congratulations to the happy couple!