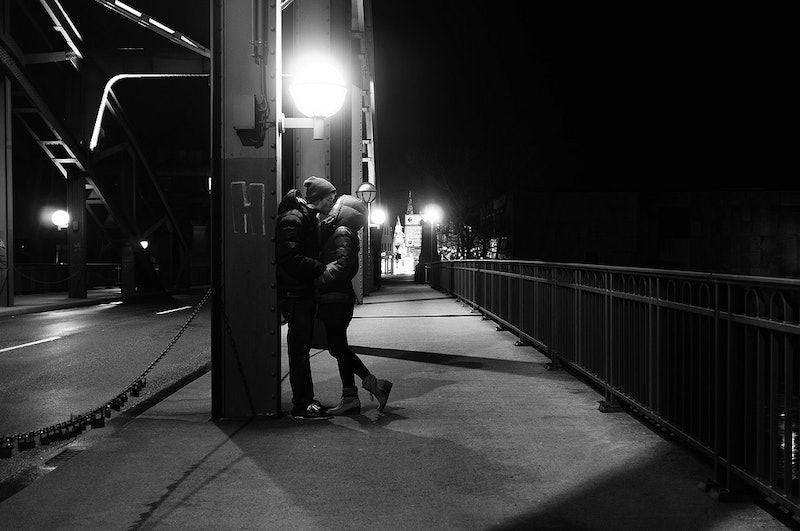 What happens when you put six self-absorbed, out-of-touch "pickup artists" in a room together? Some of the worst sex and dating advice you could possibly imagine.

Now, I don't hold New York Magazine responsible for the nonsense that comes out of their guests' mouths, but their annual Sex Issue's roundtable discussion, "The State of Seduction," was enough to keep my jaw glued to the floor. It featured the likes of the behind-the-times authors of The Rules, the misogynist Ken Hoinsky, and the unbearable Arden Leigh.

Here are a few choice takeaways from the extended online version of the piece:

Schneider: This is extremely dangerous information.

If you're not monogamous, you probably have Daddy issues.

Schneider: You’re in a nonmonogamous and long-distance relationship, correct?

Fein: If you were a client, we would do a childhood history and figure out that something happened with Daddy. You should be with someone who is crazy about you.

NYMag: I saw one post about you trying to get a woman to let you “slip the banana in.”

A "High Five" is a sure sign someone's into you

Guys: Look out for that classic "come-hither (into my uterus)" look

Lyons: If you look at a group of girls interacting, you’ll often notice that one of the girls in the group isn’t really looking at the rest of the group, and instead is looking around the bar for people. This girl, almost guaranteed, is ovulating and looking to meet somebody that night.

Friendzoned? You'll be fine, just change everything about yourself.

Lyons: If you’re hanging out with your female best friend and suddenly you work out a lot and your body is in a great shape, or you go to comedy clubs and you get really funny, your best friend is going to look at you and think, “Wow, when did you get a hot body and become so funny?” They are going to start being attracted.

Lyons: "If you’re in a committed relationship with someone, you shouldn’t be adding a third party into it, and if you are, then you should pay for it, that way there’s a contractual agreement that goes away at the end. Go somewhere where it’s legal, like Amsterdam."

Someone get these guys a reality TV show, because throwing something at your TV is so much more satisfying than ripping a page out of a magazine.

More like this
Why A Libra & Libra Couple Might Become Codependent
By Kristine Fellizar
Are Quality Time & Gift-Receiving Love Languages Compatible?
By Lexi Inks
The 19 Best Tweets & Memes About Bisexual Awareness Week
By Lexi Inks
These 4 Signs Are The Seductive Sirens Of The Zodiac
By Brittany Beringer
Get Even More From Bustle — Sign Up For The Newsletter