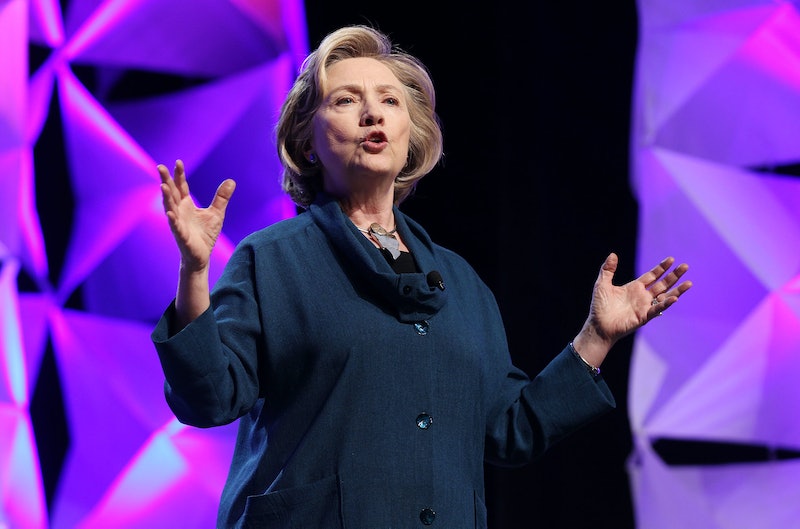 Thursday saw the release of TIME's annual list of the most influential people in the world. While these lists are always interesting in their own right, much of the fun from reading them comes from the fact that each inductee's testimonial is written by another high-profile figure, some of whom even have their own spots on the same list. The result is a rare glimpse of the personal relationships and feelings between public figures, many of whom you probably had no idea even knew each other.

For example, who knew Chelsea Clinton and Jason Collins were buddies as freshmen at Stanford, or that Kirsten Gillibrand used to work for a Republican Senator? Likewise, the list contains some surprises, most notably Meghan McCain's ringing endorsement of the guy who legalized marijuana in Uruguay.

Not everyone's inclusion on the list was intended as a compliment: Russian President Vladimir Putin and North Korean Leader Kim Jong-un certainly didn't receive any kind words from the writers of their mini-tributes (Madeline Albright and Adam Johnson, respectively). But by and large, the list is meant as an honor, not a condemnation. Let's take a look at some of the more illuminating tributes.

I met Jason Collins when we were freshmen at Stanford. Not surprisingly, the first thing I noticed was his height. The second thing I noticed was his kindness off the court — and his fierceness on it. ... Jason’s kindness and fierceness alike derive from that word too often bandied about and too rarely true: integrity. Jason has always maintained he’s first a basketball player. He is. But he’s also a leader and an inspiration. For Michael Sam, Derrick Gordon and others whose names we may never know.

Don’t ever underestimate her. She can go as far as she likes. If Kirsten Gillibrand wants to be a rock star, she’ll be a rock star. But she’d make a great President. When she draws a line in the sand, everyone knows not to cross it.

Hillary Clinton is a symbol of strength for women across the world. It was she who famously said, 'Women’s rights are human rights.' She not only spoke those words, but also dedicated her life to empowering women around the world through politics and philanthropy ... Her life and leadership show women what we can achieve if we believe in our own strength and if we channel our inner creativity, compassion and determination. A world with more women leaders will be a better world, and Hillary Clinton is helping make that possible.

Pope Francis reminds us in ways that words alone cannot that no matter our station in life, we are bound by moral obligations to one another. His example challenges us to live out those obligations through work — to alleviate poverty, reduce inequality and promote peace; to feed the hungry, shelter the homeless, care for the sick and open new doors of opportunity and visions of possibility for everyone. His message of love and inclusion, his regard for “the least of these,” distills the essence of Jesus’ teachings and is a tonic for a cynical age.

Malala’s courage is uncommon. In the face of oppression and bitter injustice, she demands education and opportunity. In the face of violence from the hands of cowards, she refuses to back down. Malala is a testament that women everywhere will not be intimidated into silence. We will make our voices heard.

He is relentless in the face of the most persistent obstacles — keeping alive the dream of peace in the Middle East, standing up to Russia’s ongoing aggression in Ukraine, negotiating the removal of chemical weapons from Syria and signing an interim nuclear deal with Iran. And his work on climate change exemplifies these qualities. Addressing the dangers posed by global warming has long been a personal commitment for him. I know from experience just how hard this is. There’s nobody better suited to carry the cause forward than John Kerry.

Last year, he signed a new law making Uruguay the first country in the world to legalize the production and sale of marijuana. ... on President Mujica’s watch, Uruguay has embarked on a bold and fascinating experiment that will be closely watched by supporters of legalization in other countries—including myself.

Most Americans do not realize all Eric Holder has done to protect their freedom. He has worked tirelessly to ensure equal justice, even when some try to tip the scale in favor of a select few. ... He has confronted the banking industry over mortgage fraud and tax evasion. He has taken on the states over restrictive voting practices, discriminatory sentencing and anti-immigration laws. And he has prosecuted terrorists who intended Americans harm.

Last year, California was a national leader, creating 320,000 private-sector jobs. Our unemployment rate dropped from 12.5% to 8%. How did that happen? Governor Brown preached restraint...I recall his refusal, in 1975, to replace the old carpet he inherited from Governor Reagan. When it became threadbare, with a sizable hole, he still refused to repair it — believing if he lived modestly others might too and would save the state money.