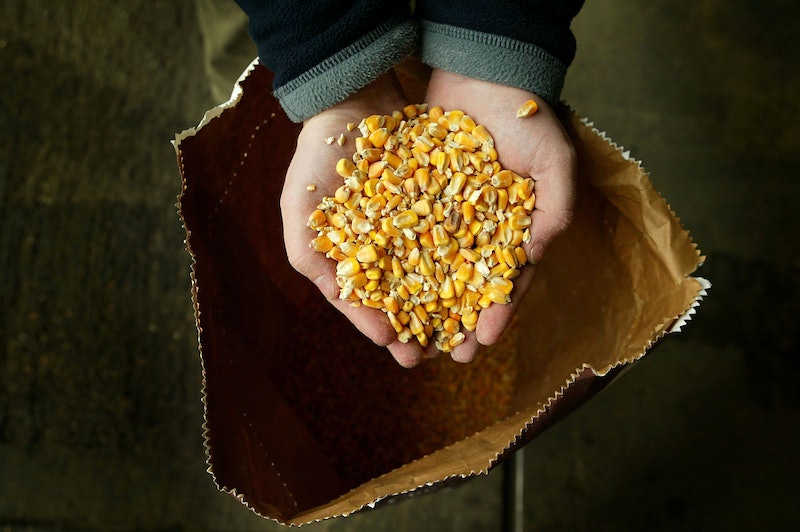 This Wednesday, Vermont became the first state to pass legislation mandating the labeling of foods containing genetically modified organisms (GMOs). The bill, which requires all GMOs in Vermont food to be labeled as such by July 1, 2016, passed the state’s House 114-30, and Gov. Peter Shumlin announced via Twitter his intention to sign the legislation. Sounds harmless, but opponents of the bill say that it encourages the notion that GMOs are dangerous.

Maine and Connecticut also have labeling laws, but are waiting to implement them until other states pass similar legislation, in hopes of sharing the cost of any litigation. It seems Vermont is worried about legal backlash as well, given that the bill includes an $8 million fund to legally defend the new protocol if necessary. According to the Center for Food Safety Issues, there are more than 60 active bills in 23 states requiring labeling.

GMOs are widely bought and sold in the United States. Some of the most popular include corn, soybeans and canola, which are used in the vast majority of processed foods. The bill would require all products containing such ingredients to be labeled as partially produced or produced with "genetic engineering."

But Vermont's bill is problematic for a number of reasons. It's possible the labeling requirement may bar small business owners from competing due to high required costs of regulation and labeling; legal enforcement of the policy may cost the state exorbitantly; and the language of the bill indicates that GMOs are implicitly dangerous.

Artificial selection in breeding is not a new concept: from puggles (the pug-beagle mixed breed) to sweet corn, humans have been manipulating the environment to suit their needs for centuries. Recently, with advances in genetic engineering, companies like Monsanto and Syngenta have been able to incorporate new genes from one species to another in the lab.

These advances have led to increased crop yields, reduced costs for food production, reduced need for pesticides, enhanced food quality, and the ability of crops to withstand drought and other less-than-ideal conditions.

Have you ever chosen between a large, crisp, bright red tomato and a smaller, saggier, slightly less red tomato? That's genetic modification.

"I'm intrigued by their strategy," said Hank Campbell, editor of Science 2.0 and co-author of Science Left Behind, in an email to Bustle. "The legal problem is that they are mandating a particular food process by penalizing its competitors, and that will not hold up in court. If the Vermont legislature passed a law requiring all non-Kosher food to have a special 'Non-Kosher' warning label, it would also get thrown out in court because 'kosher' is just a process claim."

Campbell notes that the bill excludes dairy, meat, and alcohol from the mandate, meaning dairy farmers can feed cows GMOs, but are exempt from the labeling law.

GMO research promises developments in clean fuel; the development of oral vaccines; and the potential for the growth of transplant tissues and organs in animals for human benefit, a practice called xenotransplantation. Opposition to GMOs stems largely from what is unknown about the practice's potential: Genetically modified crops could affect human health by exposing us to new allergens, or transferring antibiotic-resistant genes to gut flora.

Additionally, public disapproval has mounted due to bad press surrounding Monsanto. The company has been faulted for waging ruthless legal battles against small farmers who lack financial resources to protect themselves, while dangerously monopolizing U.S. agricultural production, most famously by patenting a specific herbicide-resistant seed and making small farmers to buy new seeds every year instead of collecting and reusing old seeds.