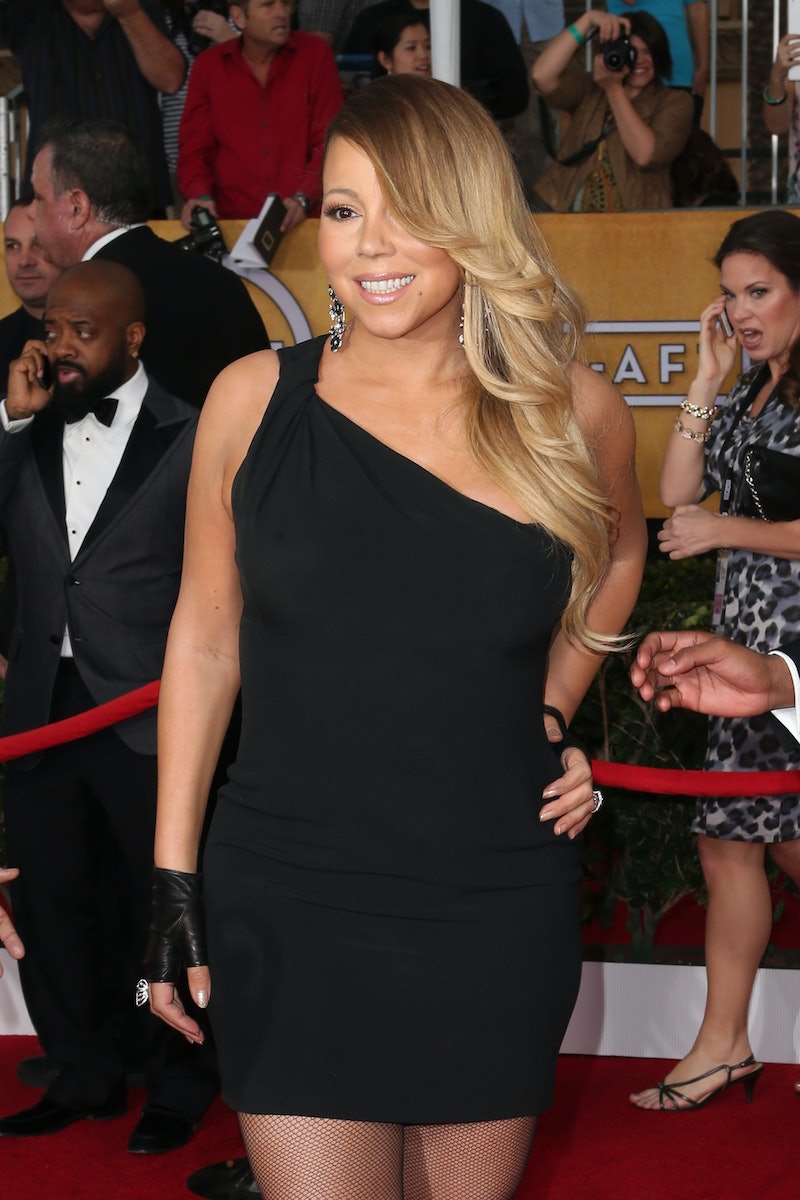 After a long hiatus, Billboard reports that Mariah Carey is releasing her upcoming 14th studio album on iTunes and other digital retailers all at once, with a physical release to follow the week after. As you may recall, an article posted by Digital Music News back in March had pop music fans chomping at the bit to find out the identity of the mystery artist who was supposedly poised to pull a Beyoncé, and now we know: it’s Mimi. Surprise! Err, sort of.

While no specific release date has been given yet, Carey’s release isn’t really a surprise like Beyoncé’s was, because, well, she spilled the beans about it to Billboard and she’s released a ridiculous FOUR “lead singles” from the much-delayed project since 2012. Although it was sort of starting to feel like Mimi’s next album might never see the light of day, I’m not so sure that this particular release strategy is going to be a smashing success for her like it was for Beyoncé. Here’s why:

Is Anybody Really Checking For a New Mariah Carey Album?

Where’s the hype? Carey’s new album hasn’t been shrouded in secrecy like Beyoncé’s was. By the time Beyoncé shocked us all by releasing her self-titled album in December 2013, the world was positively parched for new music from the “Crazy In Love” singer. There had been nothing but radio silence from Bey since she performed at the Super Bowl — nobody knew what the hell was going on with her life let alone with her album. Actually, it was kind of a cruel trick to play on her fans, but it certainly drummed up an unprecedented amount of “OMG is Beyoncé releasing new music soon or what???”-type buzz. When the album finally dropped, people broke their heels sprinting to hit the “buy” button on iTunes, afraid that the whole thing might turn out to be a big mistake or some sort of too-good-to-be-true dream. Needless to say, Carey’s new album doesn’t have that kind of hype going for it, no ma’am.

All of The Singles So Far Have Flopped

As I said, Carey has released four so-called lead singles from this project since 2012. First, there was the terrible, “Triumphant (Get ‘Em).” Second, we got the actually very good, “#Beautiful,” featuring Miguel. Third, we heard the drab, “The Art of Letting Go.” And fourth, Carey treated us to the “We Belong Together” copycat, “You’re Mine (Eternal).” Carey’s team adopted a “let’s just release a bunch of singles and see if anything sticks” mentality for this album, and sadly, aside from “#Beautiful,” nothing has really stuck at all.

Carey hosted a “listening” party for her new album at the beginning of the month, only, reportedly, no actual listening went on. Yeah, Carey didn’t end up playing any material from her new album at all, which was, you know, kind of the whole point of the event. Was the album not finished yet? Was Carey not proud of her new work? It’s hard to say, but it certainly doesn’t inspire confidence in the project.

Carey Isn’t Sure How to Evolve Her Sound

Carey was able to score such a major comeback with her 10th studio album, The Emancipation of Mimi, because she was so ahead of the curve. Carey’s fresh sound led the pack — she was setting trends, not chasing them. Sadly, of the singles Carey’s released so far, only “#Beautiful” shows any sort of growth from the singer, and even then, it kind of just sounds like a Miguel record. Carey is struggling to figure out where she fits in today’s pop music landscape, and judging by what she’s put out so far, I don’t think she’s found the answer yet.

Billboard notes that Carey’s upcoming album will feature production from some new faces like Hit-Boy and Mike Will Made It, but it’s still being executive produced by long-time collaborator Jermaine Dupri. Whomp, whomp. Carey, I hate to break it to you, but your main man Dupri might not have his finger on the pulse of what’s hot anymore. Don’t get me wrong, he’s a great producer, but wouldn’t it have been nice to branch out a little bit? All four of your new singles have underperformed — at this point, what have you got to lose?

Carey’s voice just isn’t what it used to be. It’s not that she can’t sing anymore, her vocals just lack a lot of the “oomph” and power that they used to have. Unfortunately, this sort of thing can happen as singers get older — and not even studio magic can fix it. Case in point: take a listen to “Almost Home,” the song Carey recorded for the Oz the Great and Powerful soundtrack. Doesn’t Carey’s voice sound strangely weak and strained? You can really hear it when she sings live, too. That is, when Carey even attempts to sing live anymore. Yeah, she lip-syncs a lot now. She’s not especially good at it, either.

The Album’s Been Retitled

While Carey’s 14th studio album was originally titled, The Art of Letting Go, that’s not the title anymore. Normally, this wouldn’t be a huge deal, but given the circumstances, I think it just further shows that Carey's never really had a clear direction in mind for this album — and that's a major problem. Carey told Billboard that the album’s new title, which apparently won’t be revealed until release day, is a “personal possession” of hers “that’s part of an entity that” she’s had almost all her life. …What the hell does that mean? Your guess is as good as mine.

So yeah, I’m not too jazzed about this whole “release it all at once” strategy. As painful as it would be for her fans if Carey decided to delay the album once again, I think that might actually be the smartest move for her right now. She should delay the album, get back in the studio, cook up a new, current-sounding single, and then try to stir up some much-needed interest in this project. I had my first boy/girl thing for Carey on the cover of her Daydream album — believe me, I am pulling for her. (Yes, I realize the irony of a gay boy like me having his first boy/girl thing for gay icon Mariah Carey. What can I say? I knew what I liked.)