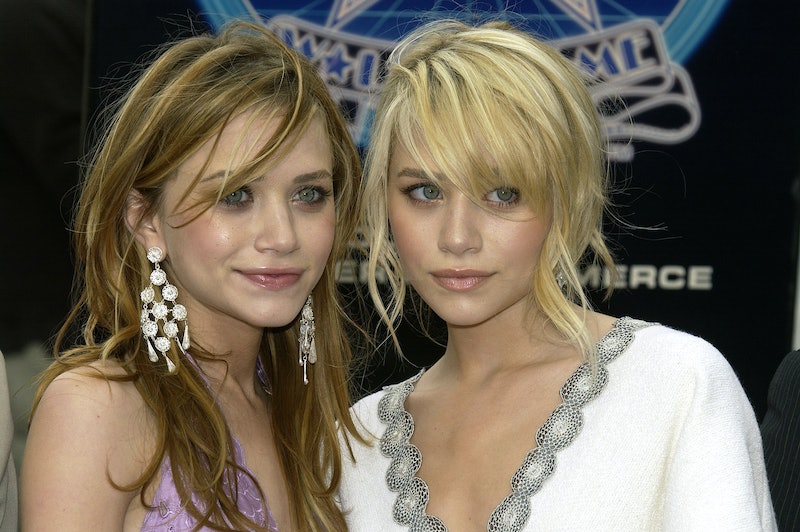 Mary-Kate and Ashley Olsen may have played a single character on the '90s sitcom Full House, but just because they shared the role of Michelle Tanner doesn't mean that these two are exactly alike. According to the most famous twins in America, they're not even identical twins. To get technical about it, identical twins come from a singular fertilized egg (which later divides) while sororal twins come from two separate fertilized eggs. (Science!) Mary-Kate and Ashley Olsen have long claimed they're sororal twins (the female version of fraternal twins), which means that they would share the DNA similarities of siblings. In simpler terms, it means that they shouldn't look like one another's clone. And yet, weirdly, they do.

Look, I have no idea if Mary-Kate and Ashley are truly sororal twins. According to them, they were told by a doctor that they were sororal a long time ago, and have never really given it much thought since. They definitely have some differences in terms of features — Mary-Kate is left-handed while Ashley is right-handed, and Ashley is an shorter than Mary-Kate.

But, umm, that kind of pales in comparison to the fact that they look EXACTLY ALIKE. Don't believe me? Just check out these photos.

Nope, that's not a mirror.

With the exact same highlights, it's almost impossible not to confuse these gals.

Switching Goals was pretty easy for these two.

Remember when these sunglasses were a thing? They look like space clones.

Even in cream and black, these two look like the spitting image of one another.

In this still from It Takes Two, you can easily see how their own parents would have confused them for the other.

There's just no way they didn't come from one egg.

Are you shocked that you are actually different people? So are we.

Right? They can't be sororal.