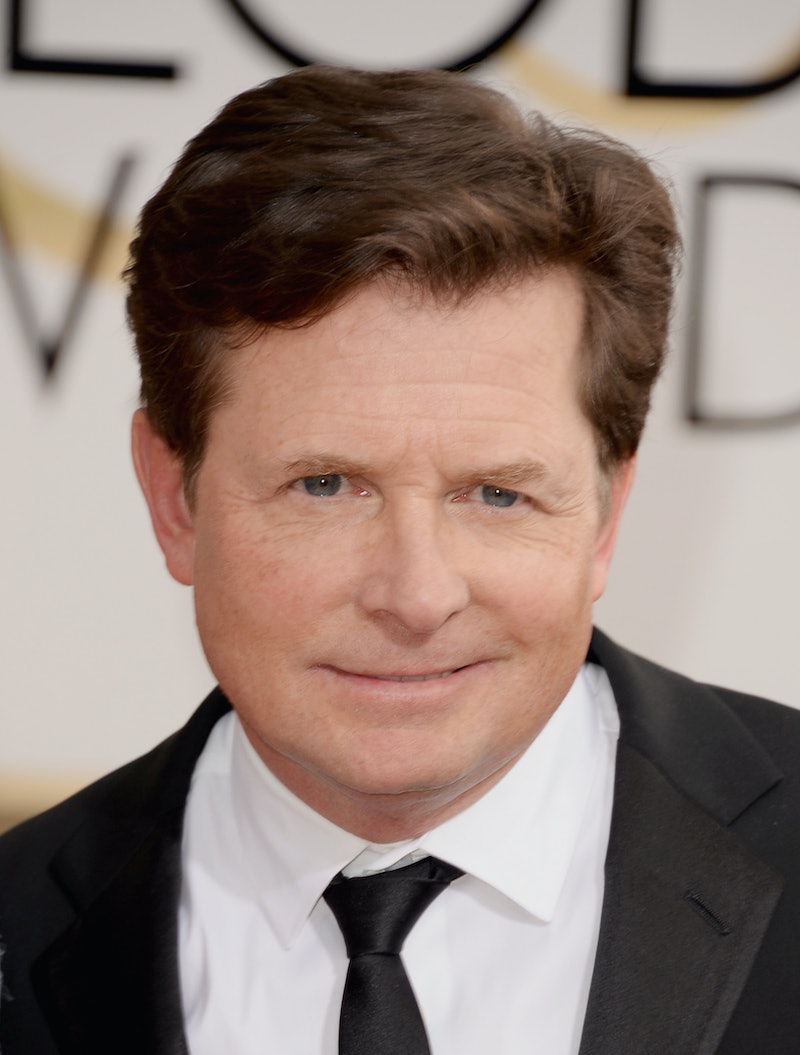 Here's your fun fact for the day: some facts are not fun. Fortunately, Michael J. Fox's response to a "fun fact" E! said about his Parkinson's disease is more than fun — it's freakin' great. In fact, most of us wouldn't respond to E!'s blunder in half as classy of a a fashion as Fox did.

Here's what went down, ICYMI: during red carpet coverage at the Golden Globes earlier this year, Michael J. Fox was getting interviewed by E! — you know, normal Hollywood protocol. But if you were watching the footage at home, you were able to see a little caption pop up on your screen. Fun fact: MIchael J. Fox was diagnosed with Parkinson's disease in 1991.

I don't know about you folks at home, but most of the people with whom I associate and/or follow on Twitter are not the types to think the words "Parkinsons" and "fun" go together. While this was likely more of a technical blunder on E!'s part than a shared gene with that doctor Ricky Gervais played on Season 1 of Louie whose punchline to everything was "AIDS!," it's offensive, nonetheless. Yes, some closed captioning guy probably forget to modify the "fun fact" template for screen captions, but c'mon dude — unless you have a heart of stone, when you see the words "Parkinsons" and "fun" next to each other you should have some sort of visceral response. It's kind of like failing the Rorschach test, which, by the way, cannot be failed.

As you can see, my response is not laden with the kindest of words. Fox, however, appeared on The Late Show with David Letterman and his response to the fail is well worth watching. In fact, he actually thought the whole thing was kinda funny, and fear not, the network did apologize. And — fun fact — he got free candy out of the whole incident.

Check it out below:

More like this
Courteney Cox & Laura Dern Proved Their BFF Status With Matching Tattoos
By El Hunt
You’ve Got 'Love Island’s Farmer Will All Wrong
By Jack Orenstein
25 Galentine's Day Games To Play On Zoom With Your Long-Distance Besties
By Mia Mercado
21 Galentine’s Day Memes To Celebrate Your Best Friends
By Meghan Bassett and Mia Mercado
Get Even More From Bustle — Sign Up For The Newsletter
From hair trends to relationship advice, our daily newsletter has everything you need to sound like a person who’s on TikTok, even if you aren’t.