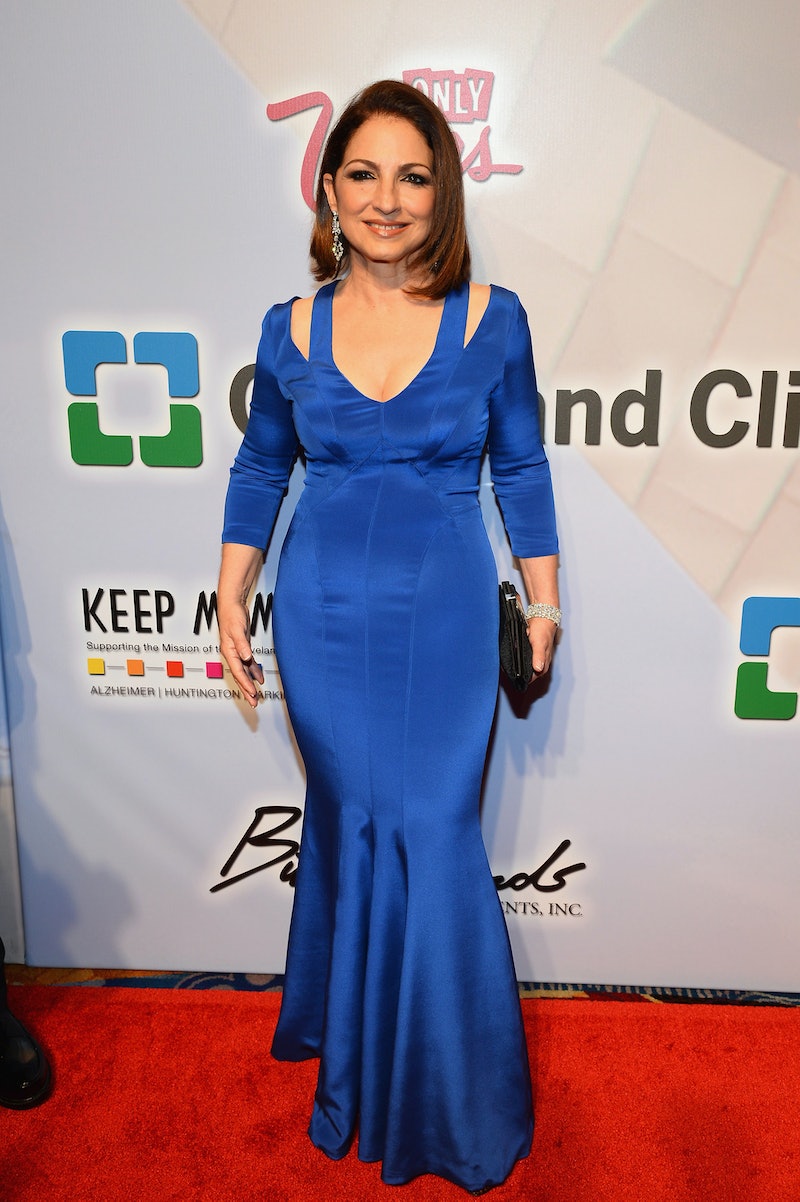 Is there anything she can't do?! The singer-dancer-actress, Gloria Estefan, is reportedly in the process of developing a musical on her life story for the Broadway stage. The show will detail her early beginnings as a teen in Miami, touch on her horrific and nearly deadly accident, and stretch throughout her successful and still ongoing career. Much like Estefan's music, the show will be bilingual and the title of the show, On Your Feet is a nod to her song Get On Your Feet. Um, is it possible to reserve tickets before a show is even in production? Because, if so, you can count us in.

As if the excitement of a Broadway production wasn't enough, Estefan is working on a reality show to accompany the play's creation. The show will be a competitive one, and it will focus on the search for the two stars of the musical, one actress in her teens and the other actress a twentysomething. The Grammy Award Winning singer knows that the international search for someone else to portray her won't be easy, but she's definitely sure it's going to be a good time. She explains, "It’s going to be daunting, but I have no doubt whatsoever that we are going to be able to do it and so much fun to be a part of the processes." No doubt it'll daunting, not just anyone can fill those amazingly talented shoes.

In honor of all this exciting news that makes us wanna jam: