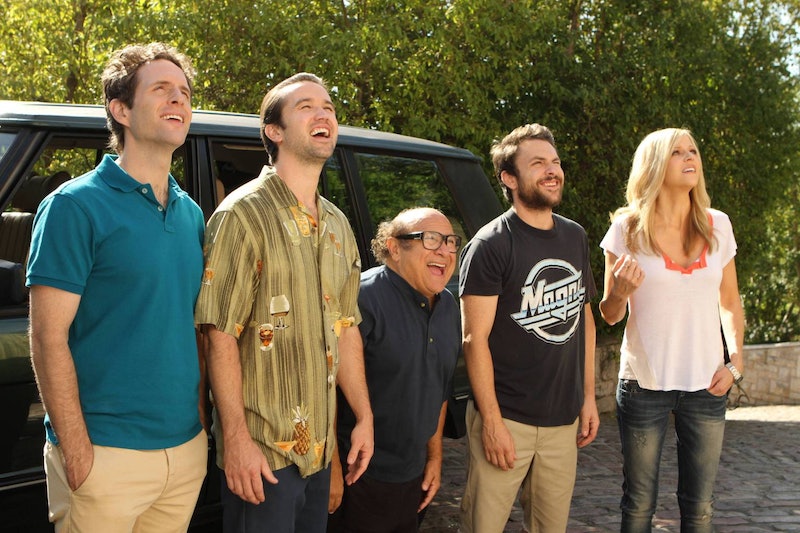 Wednesday had us all as alarmed as a cat in a wall. Because all of us It's Always Sunny in Philadelphia fans were wailing upon seeing Glenn Howerton's Rolling Stone interview, in which the actor said Season 10 of the beloved FX-turned-FXX series would be the show's final season.

But break out your rum ham and cans of wine, because things in Sunny's world are just as, well, sunny as you had hoped! After his quote spread across the Web, Howerton assured fans on Twitter that Season 10 might not be the last for the series (and FX confirmed to Bustle.com that plans beyond Season 10 are not yet finalized):

Indeed — the gang's ninth season of the demented comedy premieres Sept. 4 on FX's new network, FXX, where the 10th season will air as well. And hopefully the 11th and 12th too (or however many it takes for Emmy to finally recognize the genius of Howerton, Charlie Day, Kaitlin Olson, Rob McElhenney, and non-Taxi Danny DeVito).