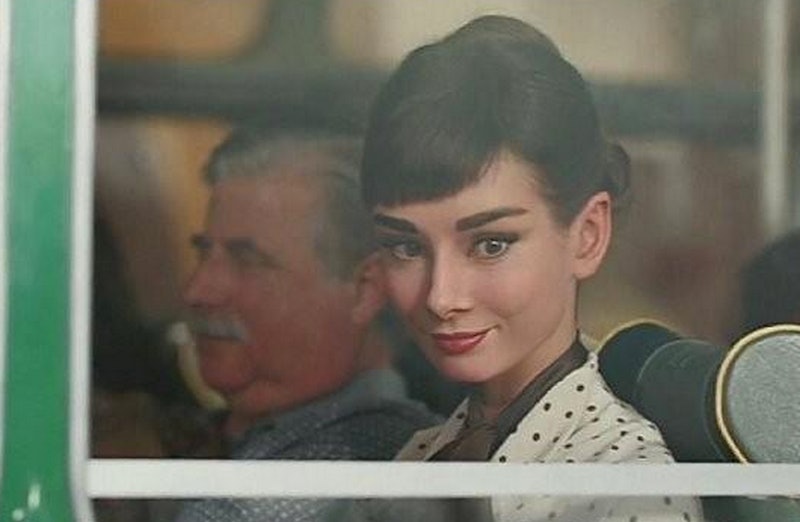 It’s been around for a while now, but that doesn’t mean I've stopped gawking at that Audrey Hepburn Dove Chocolate commercial. It's a lovely ad, but you've got to admit that it's a little spooky. Like J’Adore by Dior before them, Dove Chocolate (Galaxy in the UK) brought back an iconic actress for a TV ad. A seemingly real Hepburn "Moon River"s off of a bus and into the backseat of the "chauffeur's" car. And like the J'Adore by Dior ad before them, the Dove Chocolate ad is pretty amazing: How did the Dove ad do it?!?!

Perhaps my grasp on special effects is rudimentary at best (it's definitely rudimentary at best), but I don't have any idea how the people behind the commercial did what they did. What is the technology? Is she 100 percent animated? You know, like a Pixar character? Is this an Andy Serkis/Smeagol thing? Or are we looking at an actual person? Could there be an actress out there who looks exactly like Hepburn? Or did they seamlessly piece together old footage of Hepburn? SO MANY QUESTIONS.

I can no longer let these questions go unanswered. I must know how on earth they made the Audrey Hepburn Dove/Galaxy Chocolate ad!

Fortunately, the Internet is up to its eyeballs in relevant information. According to PR Newswire, “the visual effects team at Framestore … used the star’s entire film catalog and all available photographs as reference.”

Whoa. Her entire catalog and every photo? That’s a lot of material to wade through. How did they go about incorporating the footage and pics into the ad? “Many scenes required frame-by-frame hand animation techniques to ensure the model was authentic from every possible angle.”

Frame-by-frame hand animation? Tedious/impressive. Wait, a model? Are they calling a CGI’d Hepburn a model? Or is there a real person playing Hepburn? Like I said, I'm a n00b about this stuff. Per The LA Times, according to a publicity handout form Dove, “They first tried hiring an Audrey Hepburn double, then tweaking her features with computer-generated imagery.” I see, I see. There is a real person!

“That wasn’t good enough, so they decided to go all-CGI.”

Oh. So there isn't a real person. BUT SHE LOOKS SO REAL!

The process started with an exhaustive search for the perfect Audrey Hepburn double. The hope was to find someone who could give [director Daniel] Kleinman the performance that he needed, and ideally to share as many of her features and characteristics as possible. Framestore then completed a round of extensive pre-shoot facial scanning at its in-house Capture Lab in order to deliver the complexities demanded by this project. This included a FACS (facial action coding system) session that allowed the team to record more than 70 possible muscle movements and capture high resolution textures for building their CG Audrey.

They found their Hepburn double and recorded her face for the ad. However, their work was not done:

After the shoot, Framestore set about building a facial rig using the FACS head scans as reference for the multitude of shapes the human face can achieve. For each of these shapes, combinations had to be carefully created to allow the face to blend convincingly between expressions during the animation process, which was pivotal to authentically reconstructing the actress’s face. Facial scanning usually provides exact shapes of the person who needs to be recreated, but in this instance, the scans only provided a template based on the double who, although she looked similar to Audrey Hepburn, was nonetheless a different person with different nuances.

The actress's face and movements were just a foundation/template for the actual ad. Though I don't understand it entirely, that FACS thing sounds pretty cool.

The 3D team built the model of Hepburn, making use of the star’s entire feature film catalogue, plus all available press and documentary photographs as reference.

Ah, so "the model" is the CGI'd Hepburn, and "the actress" is the Hepburn double. Got it. They scrapbooked the old footage and pictures onto the actress's face, which created the model.

However, as there was no technical lens information or measurements available for such old footage, it was quite an inexact science, involving tirelessly tweaking to refine the model from every possible angle.

Like I said, tedious/impressive. Another obstacle: "perfect[ing] the complex look of human skin." I'd say they managed to do it. Say it with me now: She looks so real.

The biggest challenges in recreating an authentic and unmistakable Audrey Hepburn proved to be the eyes and smile. Although the actress was cast for her eyes, and originally the team had hoped to use the real eyes and build the CG face around them, as post-production progressed it became clear that recognition was key to the success of this ad and, close though the actress was, full CG was the only way to get it right.

Innnnteresting. Check out this spot from a local Fox affiliate for a more visual explanation:

WHEW. After reading and watching all of the above, I think I understand how they did it. To put it simply: The Hepburn we see in the ad is a bunch of old footage and pics meticulously CGI'd onto an actress. (And the CGI'd Hepburn looks very, very real.) 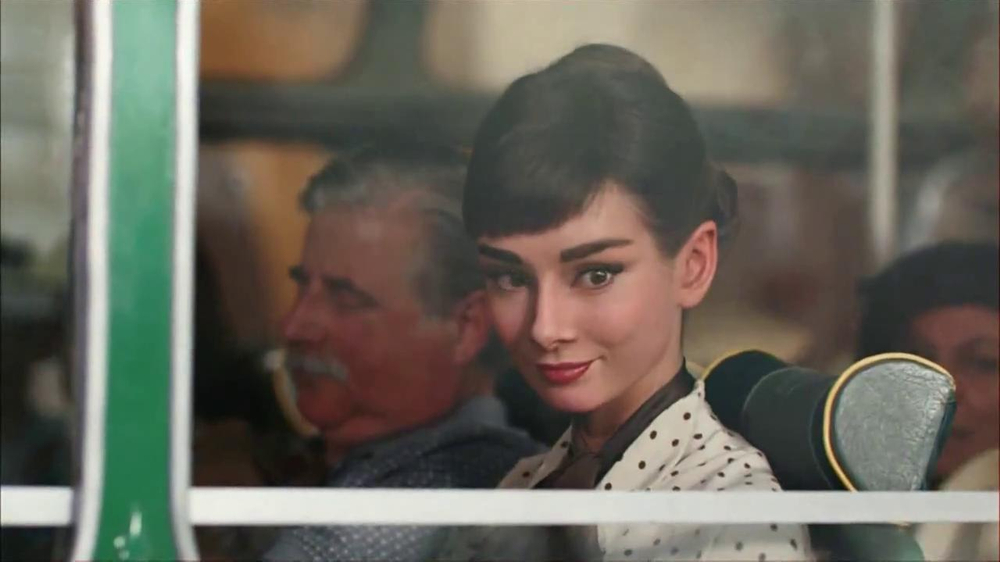