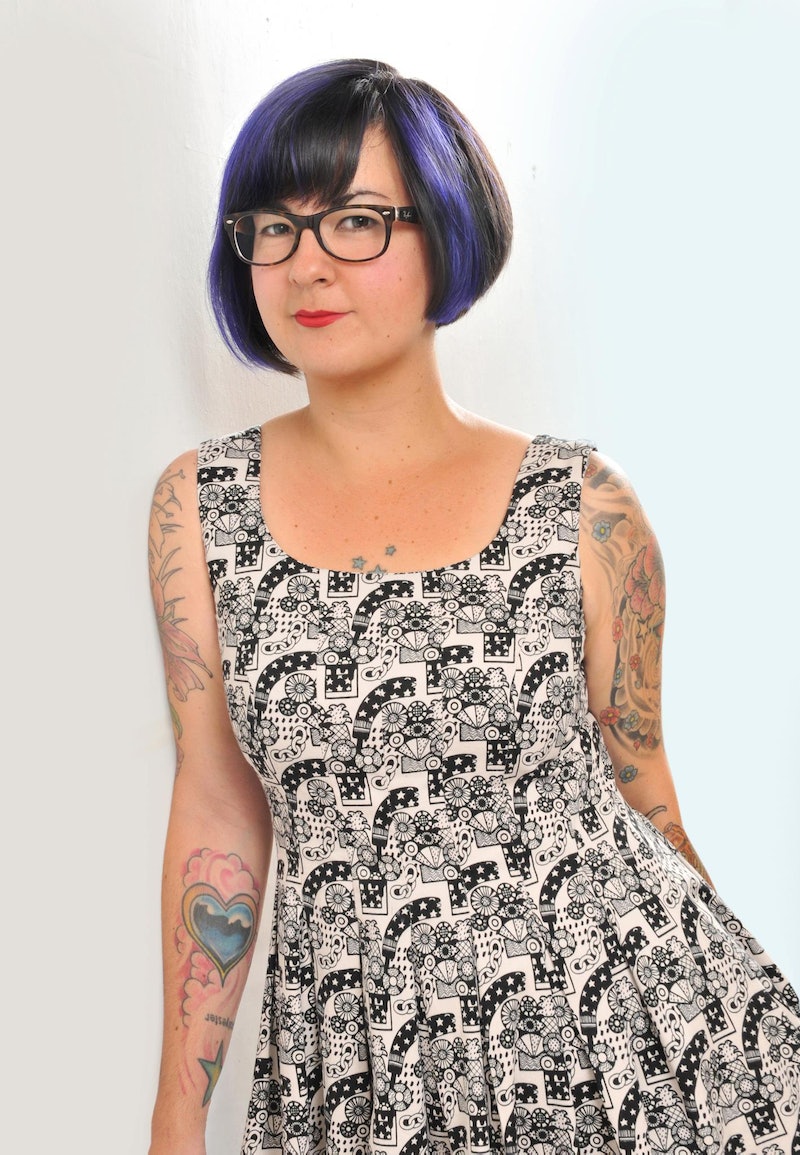 Cousins Jillian and Mariko Tamaki seem to have transported themselves directly into a preteen's mind for their graphic novel This One Summer . The graphic novel centers on one summer family vacation to Awago Beach. Rose, her mother, and her father go every year "since forever," according to Rose, and it's always the highlight of the year. But this year, things are changing.

Rose's parents are fighting, and her mom just doesn't seem any fun anymore. The magic of the vacation seems to be dimming. To escape from this issue, Rose hangs out with Windy, her friend who lives nearby, and they rent movies, eat candy, and talk about their futures when they're more grown-up. But this year, Rose is starting to notice the older boys and becomes interested in their love lives, while Windy seems content in childhood.

It's a tough time, when you're a preteen. You're on the cusp of teenager-hood. You still find joy in your childhood activities, but you peek into the world of being more adult. As Britney Spears so eloquently put it, you're, "not a girl, not yet a woman." While so many other novels get this difficult time wrong, either aging girls too much, or making them too childish, Jillian and Mariko Tamaki have hit it right on the nose so it echoes right back to how you felt as an 11-year-old girl. In particular, there are 13 things they absolutely get right about life as a pre-teen.

1. The ultimate freedom of summer

There's no adulthood feeling that can match the feeling you got when the bell rang on the final day of school for the summer when you were a kid. It's unmatched. Sure, your parents may have signed you up for some camps, and when you get a bit older, summer jobs, but most summer days are spent roaming the neighborhood with your friends, and there's a sense of possibility infused in every morning you wake up. In This One Summer , Rose and Windy spend their days at family barbecues, watching movies, playing at the beach, swinging on swings, and doing whatever they please.

2. Your trusty bicycle can take you everywhere

If you're going to have that ultimate freedom, you're going to need a mode of transportation. With your trusty bike, you don't have to rely on your parents to drive you anywhere, and let's face it, everyone you know lives within a short distance anyway. You grab you bike, wave goodbye to your parents, and cycle off to whatever adventure today will bring with your friends. The same is particularly true for Rose and Windy, whose beach homes are so close to each other that a bike is all they need to get to any point of interest.

3. Scary movies are all the rage

In This One Summer , Rosie and Windy rent (yes, rent, as in from a store) and watch Jaws for the first time — an event still burned in my adult memory from my own childhood. They also scream along to Texas Chainsaw Massacre and Friday the 13th, essentials for any elementary or middle school sleepover, even if you had to sneak them in the house so your parents didn't see.

4. Family beach vacations are the highlight of the year...

When you got a little older, they seemed dorky, but for a preteen, family vacations were everything, particularly if you all went to the same place every year, like Rose and her family go to Awago Beach.

I remember once, when I was 8, and we were going to come here in the winter for this thing. I can't remember what it was. And I was all mad because I didn't want to see Awago with snow. So I pretended I had a stomachache so I wouldn't have to go. I wanted to have this perfect picture of Awago in my head. Which I guess is just a picture of Awago in the summer. Kind of just like this.

5. …But you are starting to see the façade crumble...

Like I said, the feeling, unfortunately, doesn't last forever. And as you're on the cusp of teenager-hood, the cracks start to show. As you get older, your father starts to annoy you with his proliferation of "dad jokes" and your mom doesn't want to play in the water with you like she did when you were a kid.

When I first came to Awago I was scared to swim in the lake. Then my mom taught me how to open my eyes under the water. I thought it was something special. Like a power. Until I told Windy and I realized, like, everyone can do it.

As you get older, it becomes harder to turn a blind eye to your parents. They are no longer just your parents, but they are real, human people themselves, with their own issues and struggles. While they may not let you in on these problems, they start to creep in anyway. This summer, for Rosie, is that moment.

7. You start to feel the age difference between you and your younger friends

Rose is a year and a half older than Windy. And while that may not have been an issue when they were six and seven or eight and nine, it's starting to be an issue now. Rosie still loves Windy, but she gets annoyed at her childishness sometimes, and while Rosie is moving on to crush on boys, Windy just doesn't understand.

8. You're fascinated by the older teenagers and their love lives

While Windy hasn't got the bug yet, Rose is compelled by the older boys who work at the market where they rent movies, even though — to adult readers' eyes — they seem terrible. She listens in on their conversations, particularly when they talk to their girlfriends, and want to know more about their lives. It's a step in the door of having crushes and entering into the world of dating.

9. You start to use the language of adults without totally understanding it

You know these words are grown-up words, so that's why you use them. You want to be more grown-up.

10. You can go shopping by yourself, but you usually just buy candy

Rose and Windy take their bikes to the general store for their movies, but they can't help themselves and always get two Twizzlers too.

11. You start to pay attention to changing bodies

12. People start to let you in on more adult things…

What comes with the crumbling facade of your parents as superheros is that you start to fight. And sometimes the results of those fights is that your parents have you let you in on some of the things they're going through. So when Rose is upset with her mother for not being fun anymore and never playing in the water, her mom has to decide how much adult issues Rose can handle.

13. …But sometimes you still long for the small moments of childhood

As grown-up as you want to be when you're a preteen, you still hope your mom or dad will carry you home when you fall asleep watching movies at your friend's house.

Images: (Cover Image: Mariko Tamaki) All images from This One Summer; all gifs from Giphy