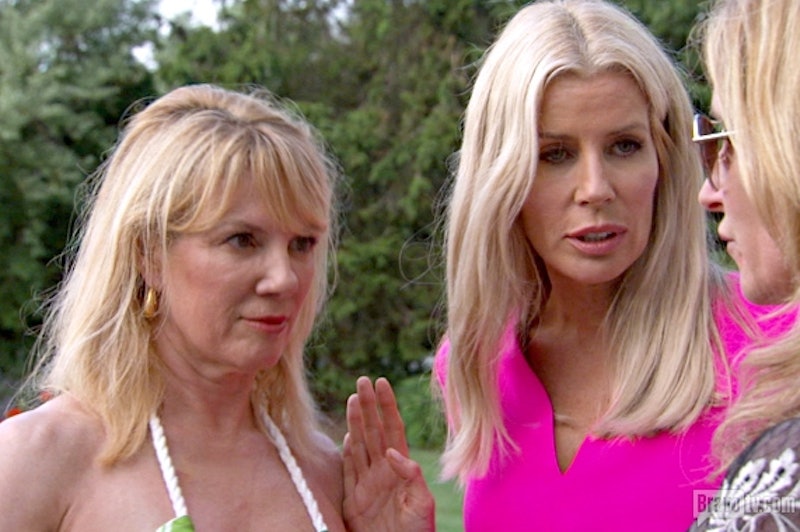 There have been some weird reality shows over the years, but one of Bravo's newest additions takes the cake. Bravo is developing a choose-your-own-adventure reality show called Crowd Control. If that idea sounds scary even before you hear what it means, it should because this is some serious Truman Show business. Crowd Control and four other new unscripted shows were announced by the network on Monday. According to Bravo's description Crowd Control is,

The ultimate choose-your-own-adventure that puts one person’s fate into the hands of opinionated viewers. Having to rely on social media interactions alone, the day-to-day living of our host will be completely dictated by the audience. Every real-life decision put before our host, from what they eat to who they date to the job they take, will be decided entirely by Bravo's highly engaged audience.

That is terrifying! Who would agree to this?! Viewers are always going to choose the worst option. This isn't like American Idol where people are voting for the best singer to win, people are going to try to screw this person over for their own entertainment. Assuming the audience is given options to choose from, if viewers are asked if the person should eat cereal, waffles, or dog shit for breakfast, guess what? They're going to choose dog shit.

Okay, so that's pretty extreme and Bravo would get sued if they were involved in someone eating animal feces, but there are absolutely going to be scenarios presented where bad choices are possible. Should the protagonist go on a date with a hot guy who's a jerk and will get drunk during dinner or an average-looking nice guy with a boring job? Should they take a job as an accountant or become an exotic dancer? Should they stay in and watch Netflix or go out to a club the day before a big interview?

As for how this will all go down, no details have been released yet. It's doubtful that the crowd will really have that much control. If this is an hour-long or 30-minute show, people are going to vote on the stuff that gets put into episodes. No ones going to be deciding what socks the star should wear to work if they're never going to get to see those socks. Plus, who wants a show about a controversial sock choice? No one.

One thing's for sure, the show is catering to the popularity of social media and viewers' use of it during their favorite shows. Attention span too short to watch TV without tweeting? Now you can feel good about it! You could be making a difference in someone's life! Lara Spotts, Bravo's senior vice president of development, said of the network's new shows, "Bravo is constantly developing projects to find the next big hit that resonates with our pop culture enthusiasts."

In addition to Crowd Control, Bravo has also announced several other unscripted series including Fempire, which is shocking about female CEOs and not female vampires, and The Fit Club which has this charming description, "Today’s modern-day Greek Gods are better known as New York City’s hottest trainers whose bodies are their billboards."