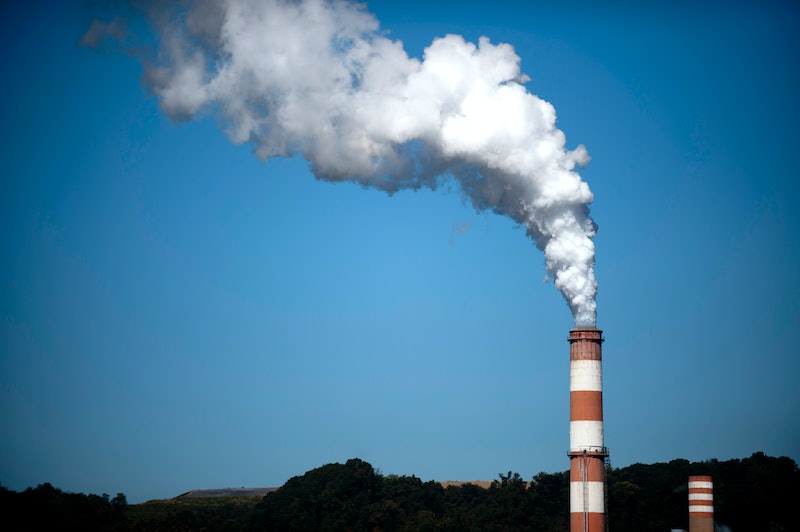 Good news from SCOTUS Tuesday: the Supreme Court upheld an Environmental Protection Agency rule to regulate cross-border air pollution from coal plants in 28 states across the Midwest, South and Mid-Atlantic regions. The ruling is a big win for the EPA and the White House, both of which have been pushing for tighter regulations and improved air quality across the United States. However, the case has sparked some tension between the states lying on either side of the Mississippi River line.

Cross-border pollution has long concerned the EPA. According to the agency, emissions of sulfur dioxide and nitrogen oxides form both fine particle emissions and ozone-level air pollution. And these pollutants often end up traveling far distances — crossing multiple state borders — and contributing harmful irritants to states' air quality. Although many U.S. states are guilty of cross-border pollution, some are worse offenders than others. "Upwind states" such as Illinois, Ohio, Kentucky and North Carolina contribute the largest amounts of cross-border pollution.

The agency tried to combat the problem with the "good neighbor" provision of the Clean Air Act. The regulation requires plants to limit their harmful emissions through a cost-effective system of allowances — states are given "credits" for each ton of sulfur dioxide or nitrogen oxide they release each year. According to The Wall Street Journal, the regulation will affect about 1,000 plants in the eastern half of the United States.

Meanwhile, "downwind states" such as Maryland, Delaware, New York and Connecticut receive the brunt of harmful emissions from the upwind states. Maryland officials told The Baltimore Sun last December that 65 to nearly 100 percent of the pollution damaging the air quality in the Mid-Atlantic and Northeast regions comes from faraway states. For instance, Maryland receives much of its sulfur and nitrogen emissions from nearby Virginia, West Virginia and Pennsylvania.

Not only do these downwind states have to deal with soot and smog, but also the cost of keeping their air quality under control, according to Howard Fox, an attorney representing the American Lung Association in the case.

“There’s economic inequality of having a downwind business spend money to control their pollution when upwind businesses are able to pollute and not spend as much,” Fox told ThinkProgress in December. “That creates a competitive disadvantage.”

Among the most vocal critics of the EPA regulation were officials at Texas plants. The state's attorney general filed a brief against the EPA, leading 14 other states — all in the South and the Midwest — in the fight. However, it's worth noting that while Texas contributes fine particle pollution to other states, it also receives ground-level ozone pollution from Alabama, Arkansas, Louisiana and Mississippi, showing how upwind states can be negatively affected.

The EPA predicts the regulations will reap billions of dollars in public health benefits and lower mortality rates across the South, Midwest and Northeast regions. According to the agency, up to 34,000 premature deaths will be avoided by the end of 2014, while the number of emergency room visits and asthma attacks are also expected to decrease.