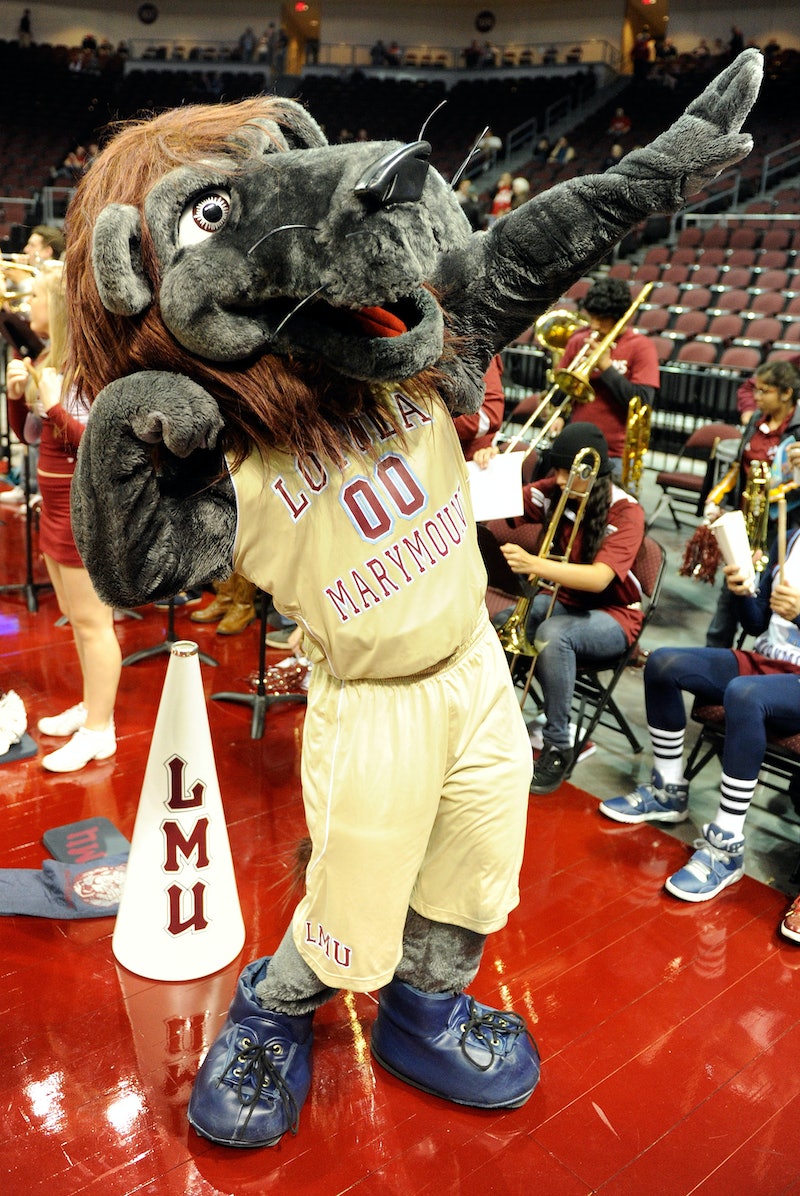 Here at Loyola Marymount University, we don't just boast a stellar film and television program — we also have a campus readymade for glossy close-ups. LMU isn't as large as its neighbors USC and UCLA, which means our campus also has a much more welcoming feel. (Good luck walking around this picture-perfect campus without seeing someone you know.) If you went to LMU — or are lucky enough to be here now — you know what I'm talking about.

There are some things only we LMU students can truly understand.

no, this isn't A CATHOLIC SCHOOL

It's a Jesuit university.

and even if you're not religious, you love SACRED HEART CHAPEL

in fact, you've thought about MARRYing YOUR COLLEGE SWEETHEART there

YOU KNOW THE JOYS OF HAVING BOTH A JAMBA JUICE AND A COFFEE BEAN ON CAMPUS...

...and of NOT HAVING A FOOTBALL TEAM

IT SEEMS NORMAL TO see A GIANT FOUNTAIN twice a day

and for everything to have A LION THEME

YOU REMEMBER WHEN MEAL PLAN DOLLARS COULD ONLY PAY FOR DOMINO'S PIZZA DELIVERY...

...and celebrated the day when THEY could PAY FOR SO MUCH MORE

YOU love that you CAN TAKE a YOGA class FOR CREDIT

and YOU CAN'T IMAGINE NOT having classes IN A FORMER OFFICE BUILDING...

...EVEN IF YOU SOMETIMES FEEL THE NEED TO DRIVE THERE FROM YOUR DORM

sure, YOU CAN SEE THE BEACH FROM YOUR ROOM...

...IF YOU STRETCH REALLY TALL AND SQUINT REALLY HARD

BUT YOU CAN ALWAYS SMELL THat OCEAN BREEZE

you think our GYM waS NEARLY WORTH THE COST OF ADMISSION

YOU GET A LITTLE MISTY WHEN YOU THINK ABOUT THE OLD LIBRARY...

...though YOU CAN'T HELP BUT ADMIRE THE GLASSY CURVES OF THE NEW ONE

you've heard tales of the days when SOME FRESHMEN GOT TO LIVE IN A HOTEL...

...WHICH HAS SINCE PARTIALLY IMPLODED

YOU DON'T THINK IT'S WEIRD THAT THREE of our DORMS HAVE THE SAME NAME...

OR THAT THE NEWSPAPER IS JUST CALLED 'THE LOYOLAN'

YOU'VE STAYED UP LATE LISTENING TO THE JAMS ON KXLU...

...ESPECIALLY IF THAT CUTIE IN YOUR BUSINESS LAW CLASS WAS DJ-ING

YOU know you'll GRADUATE IN A PLACE CALLED "SUNKEN GARDENS"

YOU HATE STOPPING AT THE GATES TO SCAN YOUR STUDENT ID...

...but YOU REALLY HATE THose PARKING RULES

YOU say you're glad WE DON'T HAVE FRAT HOUSES...

...BUT YOU STILL GO TO USC OR UCLA TO HIT UP THEIR FRAT PARTIES

still, YOU'RE ALWAYS HAPPY TO GET BACK TO THE BLUFF

Because, really, look where you get to go to college