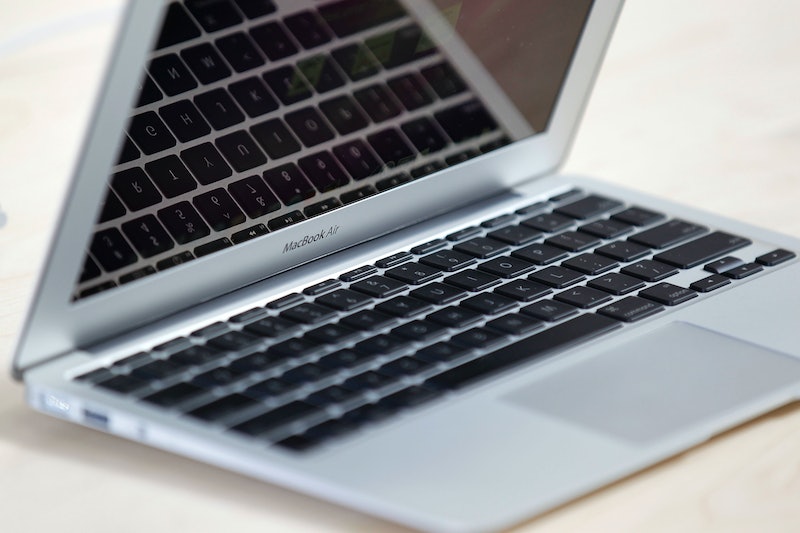 Apple's slimmest and lightest laptop, the Macbook Air, got an update on Tuesday that left at least 99 percent of the world's population either blissfully unaware or underwhelmed. The other one percent are Mac Vigilantes who follow the company's movements obsessively on sites like MacRumors, their eyes glazed over and glowing slightly just like the Apple logo on the back of those distinctive titanium laptops. But on the bright side, the computers all got a $100 price drop. Huzzah!

Again, this isn't a big update — the new Macbook Airs just feature faster versions of chip-maker Intel's Haswell processors. The product line, which includes 11- and 13-inch models, now comes with a base-level 1.4 gigahertz dual-core Intel Core i5 processor (how many cores are in this hardcore dual-core Core processor? You decide!) (Two.) Still, it's hard to complain about faster and cheaper.

The laptops' battery life also saw a slight uptick, because the faster processors are also more efficient. That means you can spend two more hours watching movies on your new 13-inch Macbook Air, though this update is probably not enough to get users on the fence about updating their laptop to head to an Apple Store for a new one. A website that monitors the best times to buy new Macs (yes, these exist), 9to5Mac, suggests users wanting a new Air should wait until the company releases them with the new Retina display, which will likely happen sometime this year.

On the other hand, there are rumors that a new iPhone is on the horizon soon. Guess what, guys: this model may be even thinner than the iPhone 5s.

In a news release, the company's marketing chief, Philip Schiller, played up the price drop as a great reason to go and buy the new Air.

With MacBook Air starting at $899, there’s no reason to settle for anything less than a Mac. Macs have never been more popular, and today we’ve boosted the performance and lowered the price of MacBook Air so even more people can experience the perfect everyday notebook.

Actually, he has a point. The best news of the day may be that would-be Mac owners can now pick up a 2012 refurbished Macbook Air for just $599. Maybe soon these laptops will be ubiquitous!