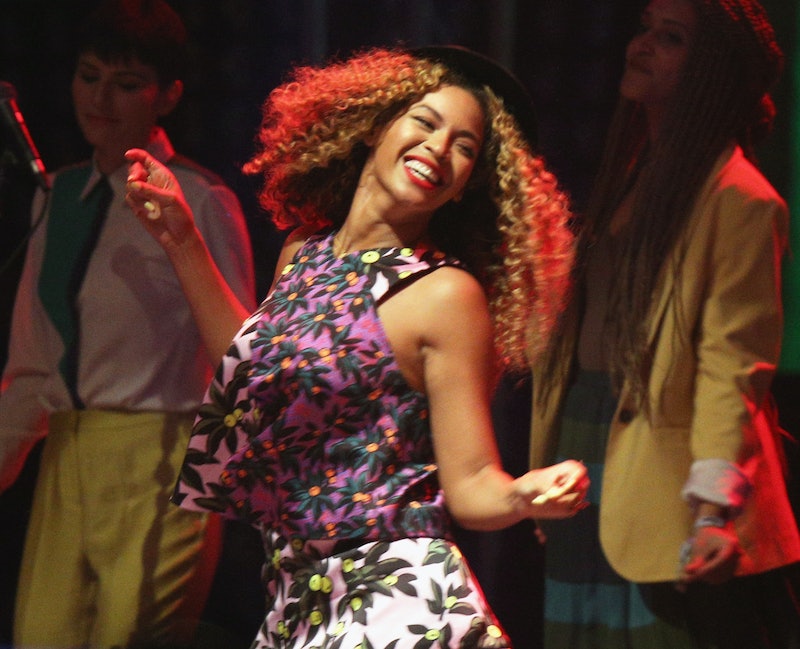 If you’ve ever wondered if the cliché about firstborn kids being the responsible ones in the family, guess what? It might actually be true — firstborn girls are higher achievers, a new study says — a.k.a they are, it seems, statistically more likely to run the world. I believe the words “girl” and “power” are what we’re looking for here, yes?

Feifei Bu of the University of Essex’s Institute for Social and Economic Research conducted a groundbreaking new study aimed at shedding light on how birth order affects educational attainment under a within-family design. What she found is perhaps not surprising, but the fact that it’s now been confirmed as fact is pretty astonishing. Here’s how she did it: The British Household Panel Survey and its successor, the UK Household Longitudinal Study, have been examining the UK’s domestic DNA since 1991. Looking at the more than 1,503 sibling clusters and 3,532 individuals that have been participating in the survey, Bu determined that firstborn children are more likely to be the “ambitious” or “accomplished” siblings, with all of the following being true:

Wowzers. How do you explain this? Says Bu, “There are several possible explanations for the higher attainment and ambition of the eldest. It could be that the parents simply devote more time and energy to them — it could be they are actually more intelligent.” Bu doesn’t really think it has to do with firstborns being more intelligent, though; “for me,” she noted, “I tend to lean towards the theory that parental investment is possibly at work here.”

That makes a lot of sense. The firstborn kid of every family is kind of the guinea pig for the parents, no? Every kid is different, of course, but you learn a lot about what to expect after the first time round. This might result in parents being a little less... hyperattentive? Controlling? Pick your adjective, but whatever it is, know that there’s probably less of it going on with kids two, three, and four. What’s interesting, though, is that having more space between kids might allow parents to control whether their offspring are high achievers: Having a gap of at least four years between each child turned out to be crucial for their achievement rates, with wider gaps leading to greater chances of higher qualifications. Bu and her team did, however, find that achievement wasn’t affected by either the gender of an individual’s siblings or by how many siblings they have.

Studies have been done in the past about how birth order affects personality; the debate is ongoing, but as Joshua K. Hartshorne wrote in Scientific American back in 2009, there’s evidence on both sides. Bu’s study is the first that looked specifically at academic achievement, and the results are perhaps stronger than the personality studies have been. They can also be correlated by all those lists that publications like TIME and Forbes puts together every year of high-achieving people. Beyonce? Firstborn. Not that Solange is a slacker or anything — don’t get me wrong, I love me some Solange — but Bey the queen of the entertainment world in a way that her little sister is not.

Bu, by the way, is also the oldest sibling in her family. When asked about whether she has a personal interest in studying sibling structures, she answered, “I’m the firstborn, of course. That is why I’m doing a PhD.” Zing!

More like this
Emily Ratajkowski & Pete Davidson's Astrological Compatibility, Revealed
By Nina Kahn
14 Easy Ways To Find Joy During The Holidays
By Carolyn Steber
This Company Will Send STI Tests Right To Your Door
By Lexi Inks
14 Underrated Date Ideas To Try With Your Partner
By Lexi Inks
Get Even More From Bustle — Sign Up For The Newsletter