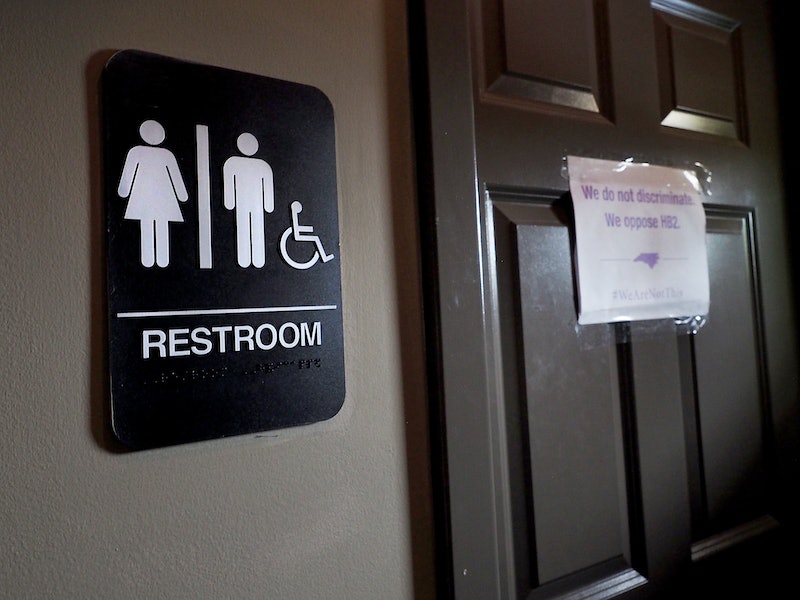 In an enormous and long-awaited victory for transgender youth, the Department of Education announced Tuesday that it will withhold Title IX funding from schools that discriminate against transgender students. While federal law had previously banned discrimination based on gender, it didn’t contain explicit protections for gender-nonconforming students. This allowed for blatant transphobic discrimination in public schools, but now, such discrimination is unambiguously illegal.

“Title IX’s sex discrimination prohibition extends to claims of discrimination based on gender identity or failure to conform to stereotypical notions of masculinity or femininity,” the ruling, issued by the DOE’s Office of Civil Rights, reads. “Similarly, the actual or perceived sexual orientation or gender identity of the parties does not change a school’s obligations.”

Title IX, which was signed into law by President Nixon in 1972, states that “no person in the United States shall, on the basis of sex, be excluded from participation in, be denied the benefits of, or be subjected to discrimination under any education program or activity receiving federal financial assistance.” It was a milestone for gender equality in the U.S., but it fell short in failing to address transgender students.

As a result, discrimination against gender non-conforming students has been rampant. According to the National Gay and Lesbian Task Force, 78 percent of students who identify as transgender report being harassed at school, and prior to today’s ruling, school administrators were under no obligation to investigate such reports. In addition, it remained perfectly legal for schools to ban trans students from using the bathrooms of their choice — in one case, a transgender student was forced to use a storage closet as a bathroom — or deprive them of on-campus housing.

Until now, schools that engaged in (or turned a blind eye to) such discrimination were still eligible for federal funds. They aren’t anymore.

“The fact that incidents of sexual violence may be accompanied by anti-gay comments or be partly based on a student’s actual or perceived sexual orientation does not relieve a school of its obligation under Title IX to investigate and remedy those instances of sexual violence,” the DOE ruling says.