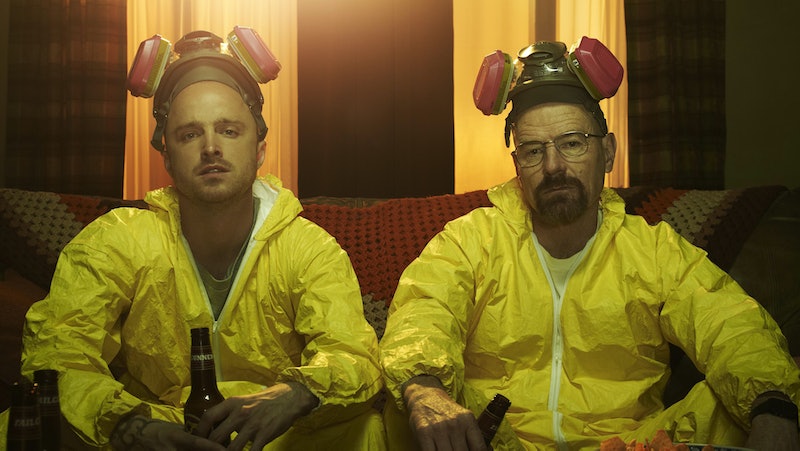 In today's depressing news, all five seasons of Breaking Bad have been condensed into a single eight-minute video by filmmaker Alexandre Gasulla. Good, now my crazy friends who have never watched the show can get the quick recap, you may think. Well yes, but only if you want to depress them to death.

Breaking Bad isn't a very happy show to begin with and when it gets pushed together into a short video it becomes even sadder. Instead of getting a few seasons of happy, innocent Jesse you just watch him rapidly transform from a young kid into a person who loses everything he's ever loved. You watch Walt get cancer, make decisions that ruin his family, and get his loved ones killed. Plus the whole video has this really mournful song played over it which makes everything ten times as depressing.

It turns out that the brief comedic moments throughout the seasons weren't just for entertainment value, but they actually help keep an audience from going completely crazy with despair. Jesse yelling about magnets and the lighthearted breakfasts with oblivious Walt Jr. were essential to the show sustaining viewers. Fans need those tiny breaks between the crazy sad circumstances of the show which at its core is about Jesse watching his loved ones die and Walt losing everything he set out to protect.

All that aside, this tribute video is really well put together so you should probably watch it. But then go watch the scene where Walt and Jesse have a fight over a toilet to cheer yourself up.