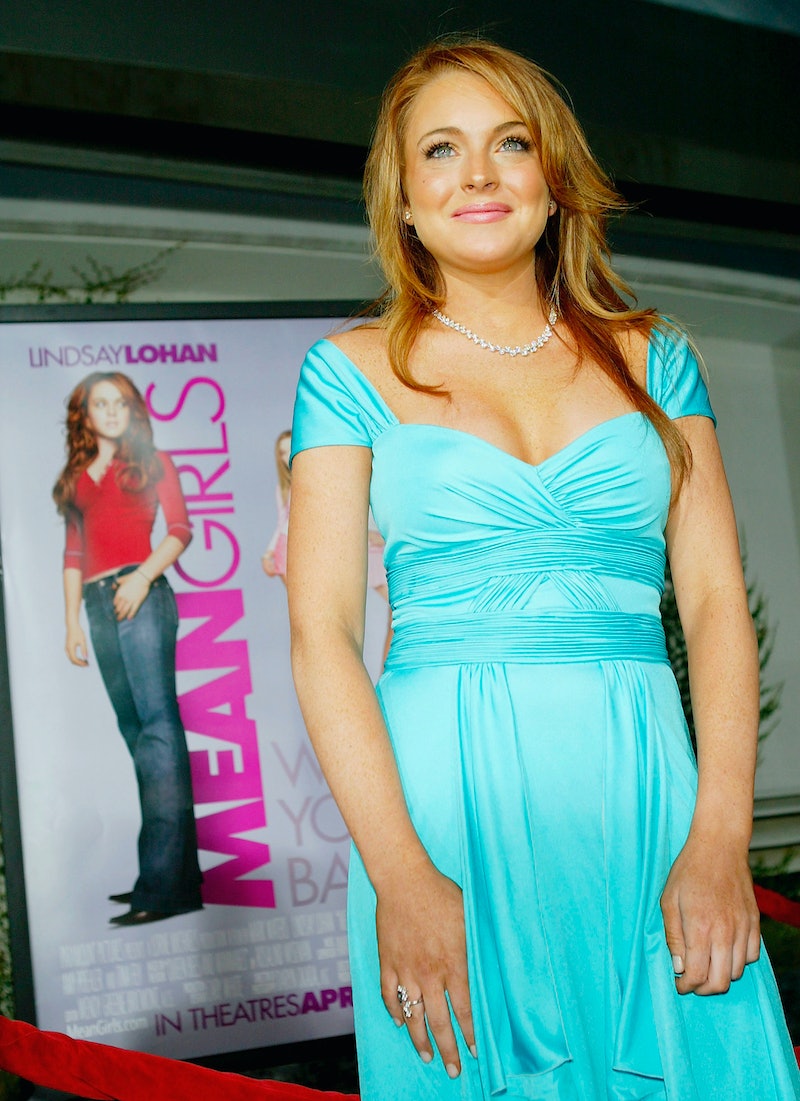 American parenting educator Rosalind Wiseman probably didn't know the pop culture phenomenon she was unleashing on the world when she published her 2002 nonfiction book Queen Bees and Wannabes.The book, whose subtitle is Helping Your Daughter Survive Cliques, Gossip, Boyfriends, and Other Realities of Adolescence, aims to do just that: help.

But 10 years ago, comedic genius Tina Fey read Wiseman's book, took the general concept of "queen bees," and adapted it into a fictional screenplay called Mean Girls. And there began the massive cult following that has gone strong over a decade later, celebrating the story of a transfer student from Africa and the popular clique The Plastics. So we have both Wiseman and Fey (and of course, the entire cast and crew) for Regina George, Cady Heron, Gretchen Wieners, Janis Ian, Damian, and mostly, Karen Smith.

You can catch the movie every time it's on cable or stream it continuously on Netflix, but fans of Mean Girls can also take their love back to books, in honor of Wiseman who kickstarted everything. If you wear pink on Wednesdays and have hair full of secrets, there are nine YA novels to fill your Mean Girls void. Psst, pass it along.

1. Boys, Girls and Other Hazardous Materials by Rosalind Wiseman

Tina Fey says it best with her quote on the cover of Boys, Girls & Other Hazardous Materials : "You can't put this book down ... or it will talk about you while you're out of the room." Wiseman herself took her immense real-world research and knowledge and wrote a YA novel about mean girls (and boys) in high school. Like Mean Girls, it's realistic in tone, but sharp and funny in execution.

The Pretty Little Liars series has a more direct link to Jawbreaker (remember Jawbreaker?) or Heathers than Mean Girls because it's way more thriller than comedy, but it has its own hilarious moments. Plus, Alison DeLaurentis is a mean girl that could put even Regina George in her place.

3. Some Girls Are by Courtney Summers

If you like Mean Girls for the dark, cliquey side, you need to read Some Girls Are — and not just because the main character is named Regina. Regina used to lead the Fearsome Fivesome clique, the most popular girls in school, until rumors spread about her. Summers tackles this issue from its horrific side, showcasing the way high school girls can abuse and bully each other.

4. How Not to be Popular by Jennifer Ziegler

On the lighter side is How Not to be Popular , the hysterical trials and tribulations of Maggie Dempsey as she tries to make a name for herself in her new high school. And she might succeed, but probably not in the way she intended. Like Lindsay Lohan's Cady in Mean Girls, Maggie is an outsider from hippie parents just trying to fit in.

5. Getting Revenge on Lauren Wood by Eileen Cook

Just as Cady ditched Janis and Damien, the titular character in Getting Revenge on Lauren Wood ditched her best friend Helen to be popular.

But, while Lauren achieved her dreams of being Queen Bee, Helen hasn't forgotten about her. She comes back to school with a new style and a new attitude, à la Pretty Little Liars' Mona, and she has revenge on the brain.

The Gossip Girl series is a no-brainer for Mean Girls lovers, and it has the added bonus of the sparkle and glamour of the big city. In the first book, Ziesgasr describes Serena as "gifted with the kind of coolness that you can't acquire by buying the right handbag or the right pair of jeans. She was the girl every boy wants and every girl wants to be." Imagine the trouble she could cause in a high school in Evanston, Ill.

For girls who love the drama and gossip of school, dating, parties, and shopping for brand names you could never afford, Gossip Girl is everything. XO.

Mean girls aren't just a problem in modern high school. Gilt takes the troubling cliques all the way back to the court of King Henry VIII. Like Gossip Girl, Gilt is chock full of sparkly dresses and glamorous parties, and it sure has the Mean Girls secrets and affairs, but they all mask a truly vicious circle of mean girls. And the price of being unpopular is more than just the nerd lunch table, it could mean losing your head.

Home-schooled Cap Anderson is forced into public middle school when his grandmother falls and lands in the hospital. The result, Schooled , is a twist on the "mean girls" trope to include all the mean boys (and anyone who went to middle school knows they exist) in this hilarious fish-out-of-water novel that shows Cap trying to navigate the tricky politics of public school. These middle schoolers can't understand why Cap has to be so gosh darned nice.

The Plastics had their Burn Book, and Mount Washington High School has The List.

On The List, high school girls of each class are ranked, one named the prettiest, and one named the ugliest. Vivian's novel tells the story through eight girls, each named pretty or ugly this year. Though no one knows who makes The List, it causes a firestorm every year as girls are forced to see how others see them, and come to terms with whether that matters at all.