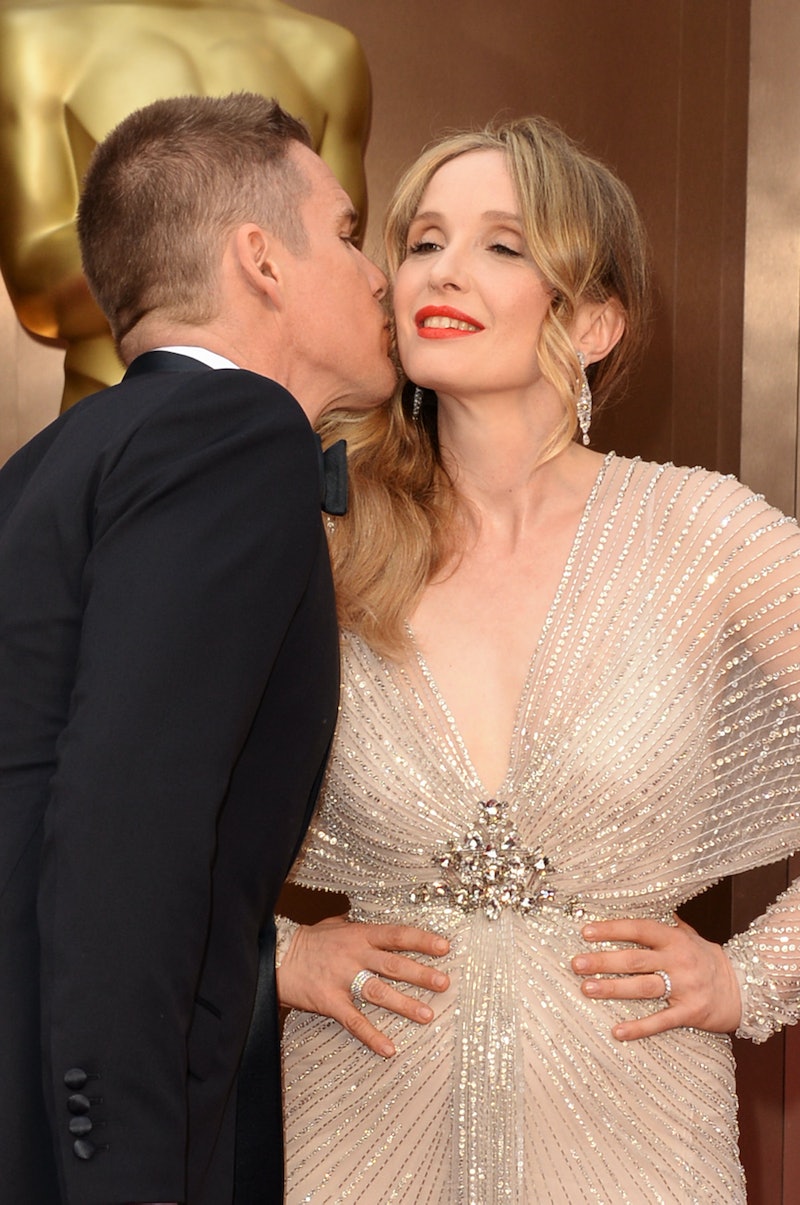 I rarely cry in movies, but I have never once watched any of the films in Richard Linklater’s Before Sunrise trilogy without sobbing like a baby. While most love stories tend to emphasize either the idealistic fantasy of relationships or the tragic nature of love gone wrong, the Sunrise films encapsulate both in equal doses, and illustrate how inextricably intertwined the two are. They’re heartrending and heartbreaking, idealistic and realistic, and their unbridled authenticity gets me every. single. time.

The story centers on the relationship between Celine, a French activist, and Jesse, an American writer, after their chance encounter on a train in Vienna. Each film depicts a single day, yet the films themselves were made nine years apart: Before Sunrise in 1995, Before Sunset in 2004, and Before Midnight in 2013. We’re left with a perspective on relationships that’s both extremely focused and staggeringly wide.

In the course of the films, we witness in full, raw detail the combination of fantasy, disenchantment, awkwardness, affection, and beauty that, when thrown together and mixed with the passage of time, produce that thing that we call love. And we see this not as a set piece, but as it exists in real life: In a series of moments.

[SPOILER WARNING: This post contains spoilers for Before Sunrise, Before Sunset, and Before Midnight. If you haven't seen them, then you should probably go do that. Like, now.]

When Jesse and Celine enter a listening booth at a local record shop in Before Sunrise, the situation is primed for them to share their first kiss. Standing within inches of one another in a confined space, they stare at one another, fidget nervously...and don’t do anything. It’s almost difficult to watch, and anybody who’s ever let the perfect opportunity for a kiss slip through their fingers can undoubtedly relate. The point of the scene, perhaps, is that the magic is in the moments surrounding the first kiss — regardless of whether the kiss itself even happens.

Truth #2: Sometimes, you need to DEBATe WHETHER TO SLEEP TOGETHER

You hit it off with a stranger, spend the day together, and end up drinking wine under the stars later that night. Do you sleep together? As both Celine and Jesse discover, answering that question can be complicated. In the course of their discussions, they inadvertently hit upon the truth about what makes sex with a new love so appealing: It allows us to escape our own self-awareness, if only for a moment.

Truth #3: It's normal to doubt if relationships are worth it

The films are as much about pontificating on the nature of love — usually while meandering through beautiful European streets — as they are about love itself. In all of the films, Jesse and Celine cast doubt on whether romantic pursuits are really worth it. The irony, of course, is that they’re expressing this to the one person with whom they’re obviously, undoubtedly in love. In Before Sunrise, Jesse wonders whether personal development is more worthwhile than relationships...

...while in Before Sunset, when they see each other for the first time in a decade, it’s Celine who’s become cynical about love.

After their one day of bliss, the time comes for Jesse and Celine to part ways. They live on opposite sides of the world, and agree that keeping in touch long distance will be too depressing. So, they have the brilliant idea of foregoing an exchange of phone numbers, or even last names, and simply agreeing to meet again in Vienna in six months. Nine years later, we learn that didn't exactly work out.

Celine and Jesse’s experiment backfires when Celine can’t make their proposed meeting, and over the course of the next ten years, they each come to realize that fate doesn’t share their sense of hopeless romanticism. When you realize this, do you accept it? Or continue to fight for a childhood fantasy of love that might not even be real? Or is there a middle path?

Truth #6: sometimes, YOU REALLY WANT TO TOUCH SOMEONE, but CAN’T

When Jesse spills his heart to Celine, and essentially admits that she’s been haunting him for the last decade, she wants to reach out and comfort him. But she hesitates, not only because he’s married, but because would it even help the situation? Watching Celine make the simple decision of whether or not to touch Jesse’s head is a heartbreaking depiction of the complexities of love.

...But that doesn't mean they're yours. Thankfully, Celine and Jesse don’t make the same mistake twice. In Before Midnight, they’re married with kids, and while most love stories would wrap things up right about there, this one doesn’t. Celine and Jesse are finally together, but is it the fantasy they’d envisioned when they first met 20 years earlier? It is and it isn’t. When Celine asks Jesse who his first love is, the ensuing conversation shows that even in a long-term relationship, the potential for awkwardness doesn’t go away — which, paradoxically, may be part of what makes those relationships last.

And now I’m tearing up again.