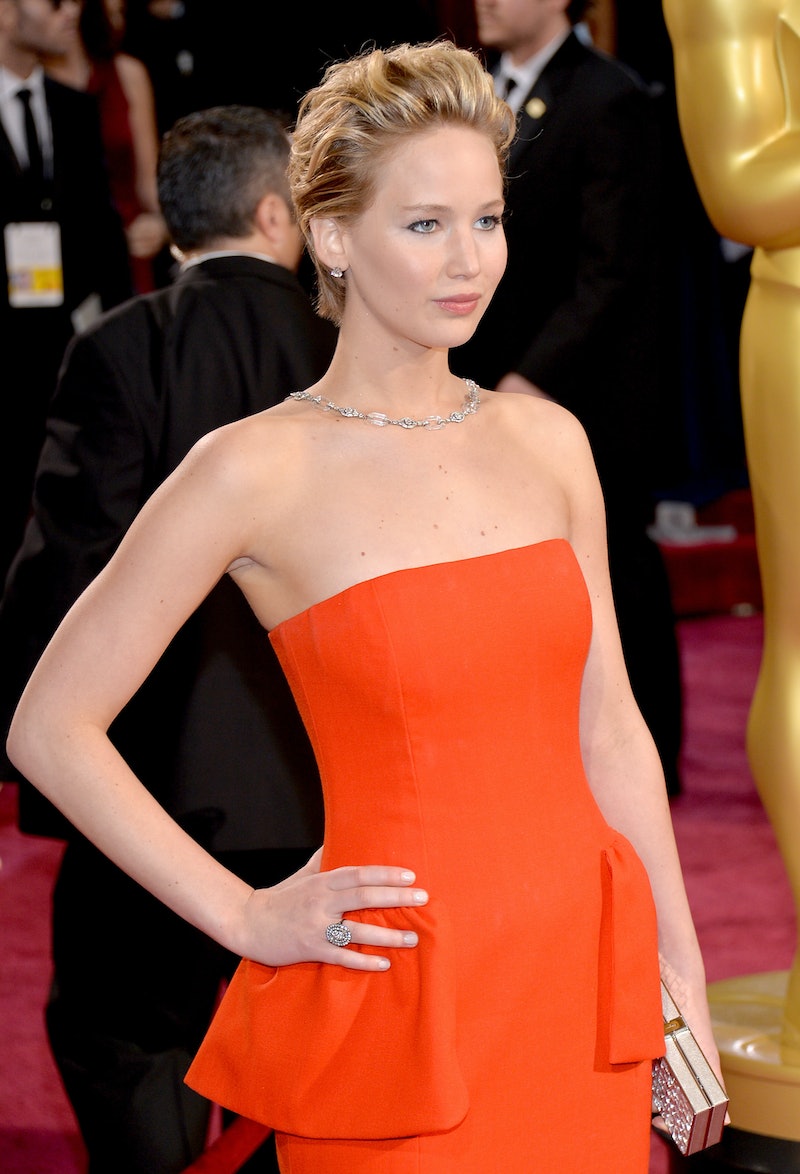 Those of us who have never actually attended the Oscars (which I'm assuming is 99.99 percent of people reading this), don't really know how things go down after the ceremony is over, but now we've got some inside information courtesy of a two-time Oscar winner herself. According to Page Six, Jennifer Lawrence puked at an Oscars after party in front of Miley Cyrus. Lawrence is said to have spoken about the incident while recording an episode of Late Night with Seth Meyers. An audience member who spoke with Us Weekly explained, "Jen said she was so drunk, she puked on the stairs at Madonna’s after-party, and Miley walked by and said something like, 'Get it together, girl!'"

The Oscars red carpet coverage shows glammed up celebrities looking dignified and the ceremony is always full of tears and dreams finally achieved, so this gives us a look at what goes on afterward and it's just as I suspected. They all just go get drunk and, if I had to guess, I'd say the bigger the achievement, the harder you party. Presenter? Two drinks max before heading home. Nominee? Stay out until four in the morning. Oscar winner? Get so hammered even Miley Cyrus has to give you advice.

According to Us Weekly, Lawrence's episode of Late Night will air May 21. Until that happens, it's unclear exactly what Lawrence said of the incident. There's still a chance this was exaggerated by some rando who thought Cyrus being a voice of reason was funny.

On the other hand, both Lawrence and Cyrus really did attend Madonna's after party. E! News reported that Cyrus spent the night dancing with Madonna while Lawrence, "was palling around with some girlfriends" which is exactly what you would do if you just vommed on the stairs of Madonna's party and got a talking to from Miley Cyrus. The "palling" was probably the friends standing around and wondering if they should leave or blame the vomit on Bradley Cooper. Reportedly, this party included McDonald's breakfast foods which is a very solid reason to stay if you're drunk.

To summarize: Cyrus and Lawrence confirmed to be at the same party, the party has Egg McMuffins, and Lawrence had just won her second Oscar. Yeah, I'd say there's a good chance they shared a moment on some puke covered stairs.