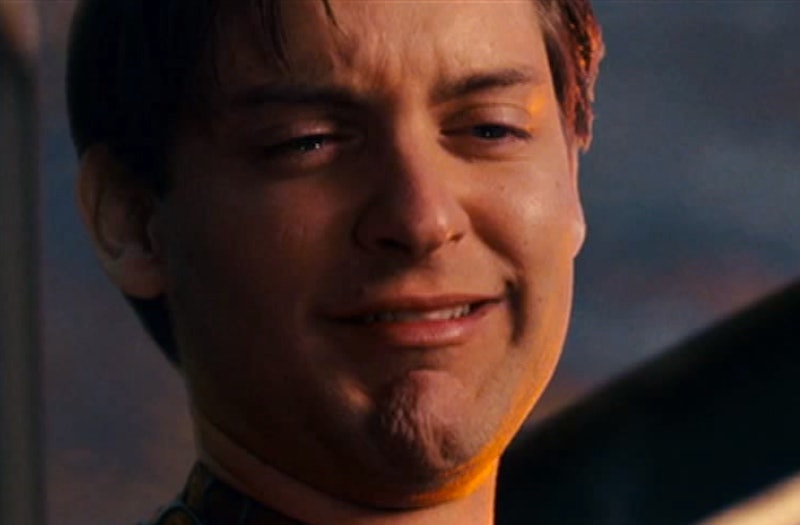 It's understandable to be skeptical that Sony decided to reboot Spider-Man within just a few short years of making millions of dollars off that very same franchise, but this Spider-Man trilogy honest trailer will remind you what we left behind — and why it's kinda okay that we left it behind.

Sam Raimi's original Spider-Man trilogy wasn't all bad: The first two movies are still fondly remembered as lovable superhero adventures. Sure, they had faults, but so does the current run of Amazing Spider-Mans. And as the trailer notes, every Spider-Man has practically the same layout: Peter Parker struggles with his powers, breaks up with Mary-Jane, and battles a supervillain he happens to conveniently know in his personal life and who ultimately kills himself. I guess if it ain't broke...

My favorite part of the trailer, though? Aside from the innovative use of the verb "to Gollum," and the bitter reference that Sony is keeping Spider-Man from teaming up with all his awesome friends? That'd be the "No. Stop. What's happening?" laid over Peter Parker's still inexplicable dance sequence. Because why did that happen? It's been seven years and I am still very upset about it.

No. Check out the Honest Trailer here: