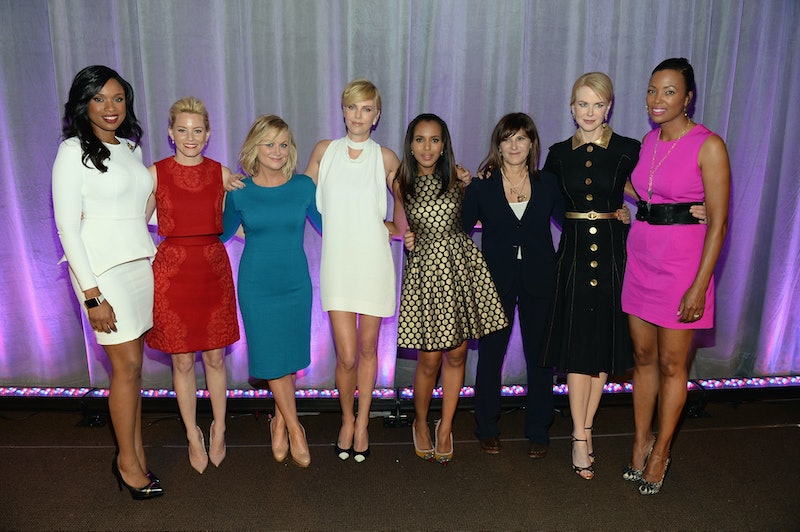 We shorties of the world are used to people underestimating us. In fact, we tend to thrive on it. Is it any surprise that some of Hollywood's most badass women also tend to be some of its shortest? If you're under 5-foot-5 (though really, I'd argue 5-foot-3 is the upper limit for true shorty status) you know what I'm talking about. Being a short woman comes with its own set of powers and annoyances that only we the vertically-challenged can truly understand. Here's how you know you a true shorty...

Growing up, everyone was always surprised by how "assertive" you were

because, obviously, short girls are meek

everyone always called you "tiny" or "cute"

so you knew that to other people, you looked like

but on the inside you were all

still, sometimes, your parents forced you to fake being five years younger

Just to get the little kid discount.

which wasn't a stretch, because everyone did think you were tragically young

To a twelve year old, it's pretty much the highest insult.

so you went through a self-conscious platform shoe phase

(I changed into my sneakers for gym in the bathroom.)

because, obviously, your first crush was one of the tallest guys in class

hey, just trying to even out the gene pool

But by high school, you started to realize that being short does have its advantages

turns out, guys (and girls) thought it was cute

and because people assumed you were harmless...

it was that much easier to execute your sneak attack

Which May have helped you form a slight napoleon complex

When 'No Diggity' came out, you were pretty sure it was about you

Shorty get down, indeed. (Best to press play while you read the rest of this.)

Yes, you soon learned to glean the finer pleasures of being short

and shocking people with your dirty mouth.

plenty others are actually easier

Because, yes, I love living in the cupboard?

oh, that, and when someone thinks it's ok to pat your head

Just because you can reach it, doesn't mean it's not wildly condescending.

still, when you meet someone who's actually shorter...

...you feel oddly aggressive towards them

You could totally take them.

and then you wonder, is that how everyone feels when they meet you?

you know exactly which celebrities are the shortest

The list goes on and on. What can I say, we're a hot, badass bunch.

And you get especially excited when one of us kicks ass

Because you may be cute

but that don't mean you won't cut a bitch

Only if you have to, of course

Because with great shortness

Randy Newman got it wrong: Short people got everybody.