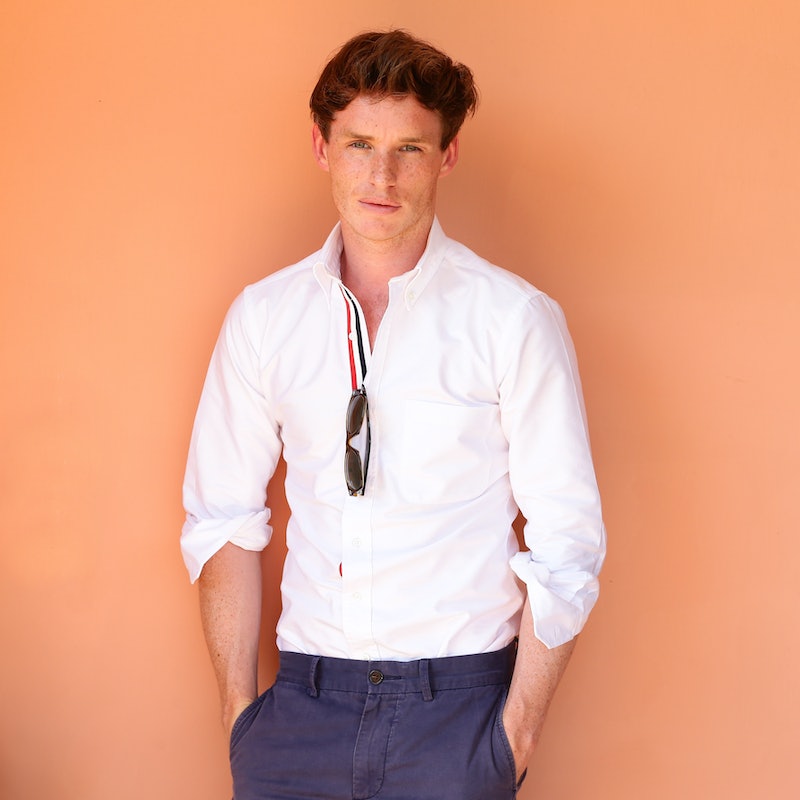 Breaking news, everyone: yet another straight, cisgender actor is set to play another LGBTQ character. This time, it's Les Miserables star Eddie Redmayne, and he's been cast to play Einar Wegener, the first person to undergo gender reassignment surgery to become Lili Ebe. It's based on The Danish Girl, a novel about the relationship between Lili and her wife, Gerda.

It's a compelling story, but it's still difficult to watch Hollywood continue to make the same mistakes. LGBTQ actors should have the opportunity to represent their communities on film — transgender characters are typically played by cisgender actors, and gay characters by straight actors. To add insult to injury, when a non-LGBT actor plays an LGBT role, it often results in heaps of award nominations for them: Dallas Buyer's Club, Boys Don't Cry, Capote, The Kids Are All Right, Behind the Candelabra, Brokeback Mountain, Monster, Philadelphia, Milk.

If you're wondering why this is important, look no further than the backlash Jared Leto received from his role in Dallas Buyers Club. As a cisgender man playing a transgender woman AIDS patient, Leto had no reference point for his portrayal. And although he won an Oscar for his role, many said his portrayal was stereotypical. He made light of the issue in his Golden Globe speech, and failed to mention the trans* community in any of his speeches.

What's more is that many of these movies are based on real events and real characters, yet for some reason casting directors feel the need to hire non-LGBT actors, rather than people to whom these figures would be especially important. Brandon Teena, Truman Capote, Harvey Milk: these people who are significant figures on a deep and personal level in the LGBTQ community. And to have the first transgender woman played by yet another cisgender actor, especially after the sizable backlash for Leto's role? It's incredibly disappointing (as is the fact that, even if transgender actors were allowed the opportunity to play these transgender roles, they likely would never be considered for cisgender roles).

There's really no other way to say it: representation is important. Having visible gay and transgender actors playing visible gay and transgender characters not only creates a richer performance, but it also creates a more meaningful experience for the LGBTQ community watching the movie. Sure, it may seem like Hollywood still isn't listening, and the Academy is probably already polishing up Eddie Redmayne's Oscar as I type this sentence. But there are millions of people in the LGBTQ community, talking about how they want to see people like them who actually understand their experience on screen. And maybe, one day, Hollywood will listen.

Editor's Note: A previous version of this piece inaccurately referred to Redmayne's role as a "gay" role, instead of a "transgender" role. The previous version also said that this was problematic because Redmayne is straight, when the problem lies in the fact that he is cisgender. It also misgendered Erinar Wegener by referring to her as a man. Bustle regrets these errors.