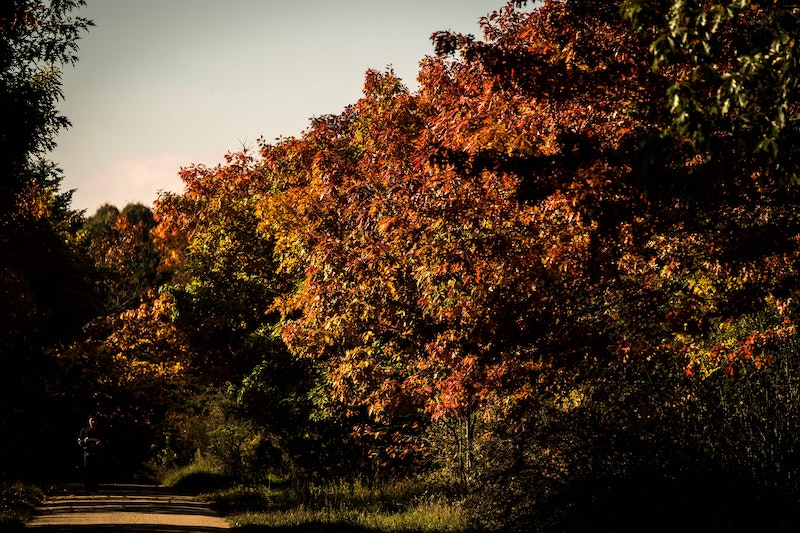 Straddling the towns of Medford and Somerville in the greater Boston area, Tufts University may very well be the global epicenter of quirk. (Feel free to confirm this with a Fletcher student; they're rather worldly, as our International Relations program is pretty legendary.) In my experience, Walnut Hill is home to an incredibly passionate, interesting, dynamic, and engaged student body.

Oh, and did I mention how smart we are? Like, take a shot if the vast majority of your friends were high school valedictorians and salutatorians-smart. Like, I probably wouldn't get in if I applied today-smart. They don't call us a Little Ivy for nothing.

Tufts' student body is also incredibly brave and good. We're home to compassionate thinkers and movers and activists. During my four years on campus, I saw teenagers and twenty-somethings actively combat inequalities within our community and beyond. Recently, for example, junior John Kelly spoke out against Tufts for revoking an agreement with the Department of Education's Office of Civil Rights after being found in violation of Title IX (which regulates sexual harassment and assault, among other things).

Take it from someone who graduated last spring: You just don't find people like that everywhere. We're learning and eating and drinking and growing with a bunch of goddamned Gryffindors. Jumbo-Gryffindors. And they are — we are — infinitely worth celebrating. If you went to Tufts, or are lucky enough to be there now, you know what I'm talking about. There are simply some things that only we, true Jumbos, can understand.

But your quads have never looked better.

after all, we are part of The Boston area "brainpower triangle"

And, by the way, we don't appreciate being called the "Ivy Reject school"

... although, OK, a fair few of us are Ivy rejects

"Whatever, Brown," said half the student body.

And we've got trick-turning, which doesn't mean what it sounds like

you know Painting the canon is a nightlong commitment

and that There are uphill people and downhill people

just like There are Dewick people and Carmichael people

"But Dewick's got the Pizza Lady!" "But Carm has WINGS."

though even Dewick lovers can get behind Stir Fry Night

And on that note, two words: Tufts goggles

No, seriously, did I *date* this guy?

Tufts when you visited in high school:

Tufts for two weeks in October:

Tufts for six months out of the year:

you know possible punishments for violating alcohol policy could include anything from a warning to Pro-1...

...to a reallll awkward sit-down with former President Bacow

You read the Daily religiously

(Well, you do the Sudoku)

(As a onetime EIC, I beg you, skim the headlines!)

a typical day: wake up, brush your teeth, go to class, check your privilege, eat a sandwich

Your Facebook feed is dominated with conversations about racism, classism, sexism, homophobia, transphobia, and more.

and the phrase "too PC" is lobbied like a curse word

The Joey is not the most reliable form of transportation

But at least you can cajole the driver to drop you off close to your dorm/apartment!

Though, after midnight, anything goes. Also, you have a pair of Pizza Days socks.

True or false: the Bubs get the most ass out of any collegiate a capella group ever

You've pondered whether it's "Sunday Sundaes" or "Sundae Sundays"

All of our fun events are disappearing!

But, I mean, who hasn't dabbled in the art of the mass casualty incident?

Speaking of which, RIP NQR

The candle-lighting ceremony can get a little ... emotional

but Club Tisch? Not so much

Because dammit, your Jumbo pride is Jumbo-size, and you don't care who knows it

More like this
These Are The 3 Most Mellow Zodiac Signs
By Kristine Fellizar
Here’s Your Daily Horoscope for December 5, 2022
By Mecca Woods
An Open Letter To The Person Who Bought Steve Jobs’ Birkenstocks For $218,000
By Ginny Hogan
20 Christmas Movie Quotes That'll Get You In The Holiday Spirit
By Alexis Morillo
Get Even More From Bustle — Sign Up For The Newsletter