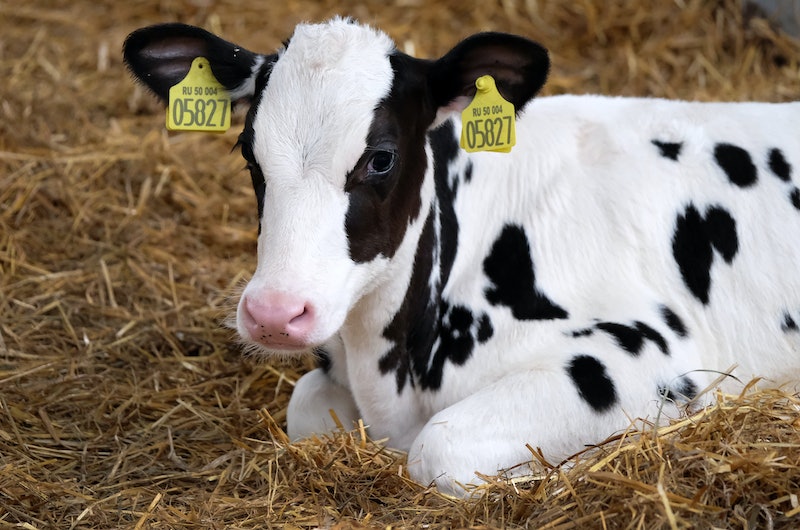 In a time when terms like "free range" and "organic" are highly sought after in grocery stores and at restaurants, the thought of eating pretty much anything created in a lab is a huge turn off — especially meat. However, in the future we may think differently. According to CNN, lab-engineered meat might be a common ingredient in all of our future fajita dishes and double cheeseburgers.

So, how exactly does this whole meat-grown-on-a-cold-sterile-stainless-steel-table-top work?

Enter: Modern Meadow, the company responsible for steak chips, the pinkish, beef-flavored wafers a few lucky SXSW patrons got to taste during the interactive portion of this year's festival. Why would we care about a chip unless it was superior to the sriracha-flavored ones? Because these were created from genetically modified meat. Yep, Modern Meadow is a new company focused on cultivating lab-engineered meat and leather products — which is the future of food, according to CNN.

The process of creating cultured beef, or "frankenmeat" (perhaps we can come up with a better nickname?), starts with muscle cells derived from steer. The scientists at Modern Meadow take these cells and add proteins to "stimulate tissue growth." They then pop them into an incubator, then into a petri dish, one layer at a time. It's a slow process, but the end result is, well, meat.

This isn't the first time scientists have yielded "beef" from the comfort of their laboratories. You may have heard of the "test tube burger, which was created at Maastricht University in the Netherlands last year. Though the "absence of fat" made it less tasty than the average burger, according to U.S. journalist Josh Schonwald, it's a start nonetheless.

Although this kind of technology might seem a little too "creepy" to be taken seriously — 80 percent of Americans said they wouldn't eat it — we should give the idea a chance. After all, the scientists at Modern Meadow have good intentions. Why? Because, believe it or not, meat production (of the old fashioned variety) is pretty harmful to the planet.

For example, the Guardian recently reported that if Europeans alone were to cut their meat and dairy consumption in half, green house emissions would be reduced by 25-40 percent. That’s how much of an effect agriculture has on the environment. Nitrogen pollution from farming is the bad guy here — NERC reports that it can effect air, water, and land due to the large areas of land required to farm livestock. It’s also a greenhouse gas, need I explain how harmful that is to the planet?

The solution to this problem, according to NERC, is to change our diet completely. Test tube burgers don’t sound so bad now, right?

If lab-engineered meat was proven to be safe and healthy, I would absolutely eat it. Why not save the environment for a slightly less-fatty burger?

More like this
10 Pumpkin Recipes That Are Way More Creative Than Pie & Lattes
By Rebecca Deczynski and Alexis Morillo
On TikTok, Tinned Fish Date Night Is The Latest Viral Food Obsession
By Emma Carey
Think Your Partner Is Cheating? These Tarot Cards May Confirm Your Suspicions
By Kristine Fellizar
This Psychological Effect Might Be Keeping You From Hitting Your Goals
By Lexi Inks
Get Even More From Bustle — Sign Up For The Newsletter