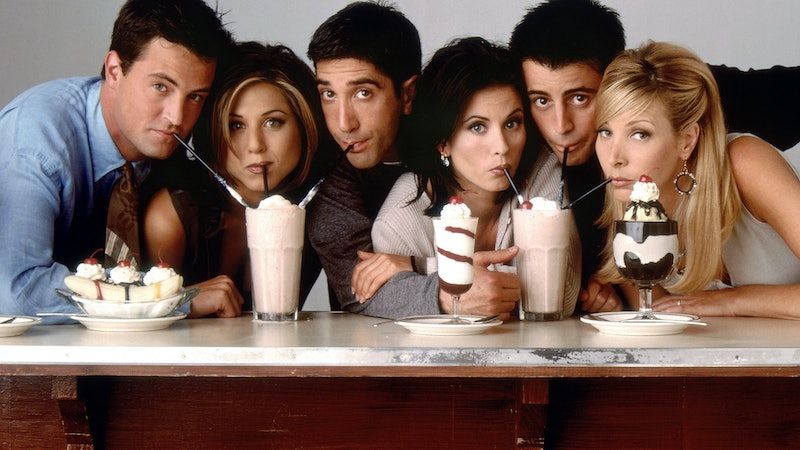 It's been ten whole years since we all said goodbye to Ross, Rachel, Chandler, Monica, Joey and Phoebe (not to mention the purple apartment) and there's hardly a day that goes by when I don't mention something only a true Friends fanatic would know. Much like the inside jokes you have with your real friends, Friends fans have a few key terms and phrases that make sense to only those who have spent extensive time in Central Perk.

Here's the definitive Friends dictionary that, if you're a fan, you definitely won't need... but will make you nostalgic for your Village buds all the same.

Refers to the person of whom another is meant to be with forever. The term originated due to the fact that lobsters mate for life. (At least, according to Phoebe.)

The time in which you can still hookup with your friend whom you had previously only hooked up with in London, England.

A Japanese term referring to the state of total awareness.

A term referring to the suspension of a relationship, in which it is more than acceptable to hook up with another woman. (But seriously, don't do it. Just don't.)

Refers to hanging out for length periods of time in an Greenwich Village coffee shop.

A term used by the staff of Central Perk. Customer rude to you? Sneeze muffin. (It's basically what it sounds like.)

A name that you can legally change yours to if you don't mind that your new husband calls himself "Crap Bag." (First name Crap, last name Bag.)

The only instructions you'll get when attempting to move a couch.

A song about a pet whose owners do not care for it properly or take it to the vet. It is, therefore, quite smelly.

THE ultimate pick up line.

A warning to run away.

Can literally mean anything.