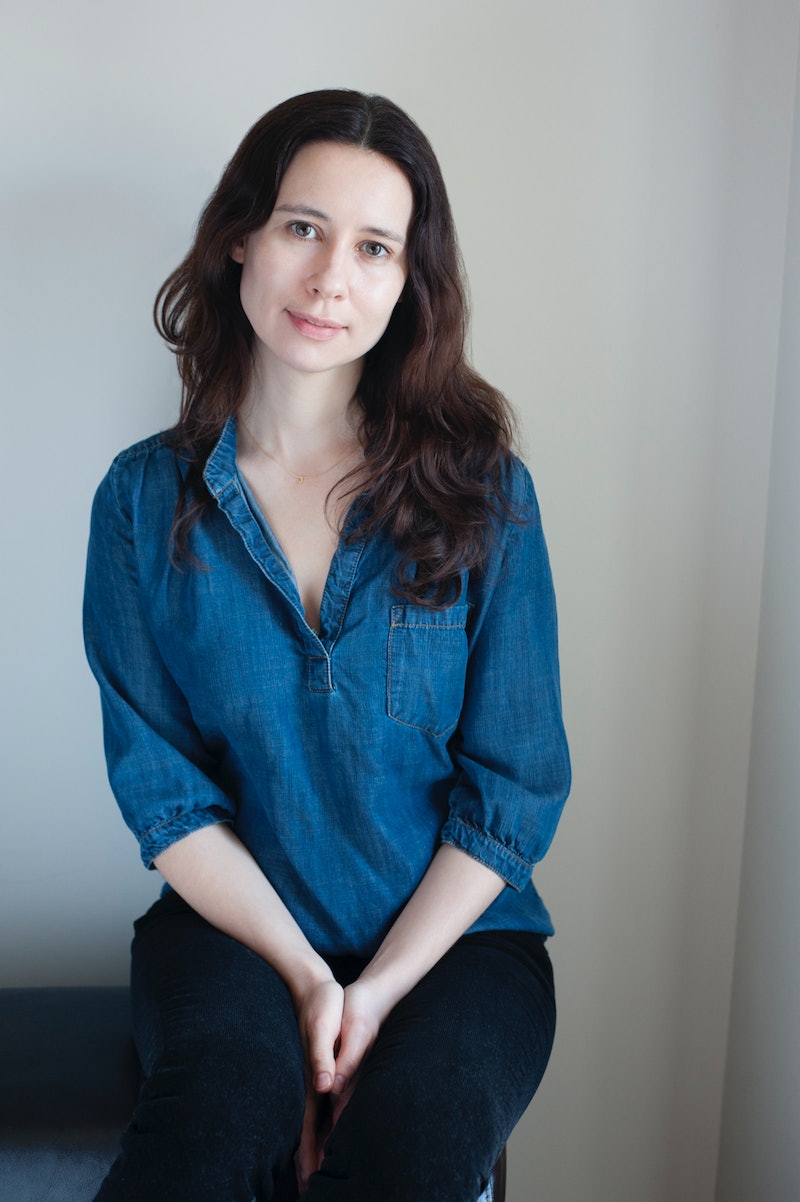 In one of the most memorable scenes of Johanna Lane's sparkling debut novel Black Lake (Little, Brown), 8-year-old Philip Campbell is just trying to have a Coke in his kitchen — but he's told he has to pay for it. Philip's father, John, has sold the family's idyllic house in the Irish countryside, and it's become a museum. His kitchen is now a restaurant that serves museum visitors. "You can't just help yourself, people have to pay here; the money goes to the government, to Mr. Murphy," the cook scolds him.

Though Philip's embarrassed and surprised, the reader already knows about the family's rough go of things: the novel opens with Philip's mom, Marianne, locked on her own volition in the bedroom of a small, dingy cottage, refusing to open the door to her pleading husband. John had not told his wife about the horrid state of the family's finances and about a better option than the sale of the family's sprawling, idyllic home, Dulough. Their turbulent uprooting — and the lies that precede it — tests the parents' marriage and the family's already unsteady ties.

With a carefully executed nonlinear plot, Lane depicts the full weight and tumult this family attempts to weather, as well as the quiet moments and simple, sad truths of dealing with one's kin. Lane describes the Campbells' world with such simple, intense prose that the reader feels the claustrophobia of the small cottage, the wonder of the sea, the rage and tension that permeates the home.

A family uprooted, Irish identity, and home: These are topics Ireland-born Lane knows well. She studied in Scotland, then lived in Paris, and moved own her own to New York. She's lived there for 13 years now, but as she told me, her roots are ready for something new. Lane and I spoke on the phone about how her childhood shaped the plot of Black Lake, her Irish identity, and how it will not color her next book.

BUSTLE: Tell me the origin story behind this plot. Where did you start?

JOHANNA LANE: The book has been in the works for a while ... My father's family came from Donegal and my parents bought a house there ... Near the kind of tumble bank summerhouse that I spent all my summer childhoods in, there's this beautiful estate that was owned by a really horrific landlord that came over from Scotland, and he evicted a lot of his tenants off their land because of the famine in the 1850s. He was horrific enough to destroy their little cottages with a battering ram so that they couldn't move back in. A lot of them did end up going to Australia, or I suppose a lot of them ended up completely destitute in Ireland.

That place — this beautiful, beautiful estate in northwest Donegal called Glenveagh — became a national park in the last 20 years. You can visit the house. The house is a lot like the outside of Dulough as I've described it. There're beautiful gardens, and it's set in this beautiful valley. They show a video for tourists, and it shows the history of the house. When I was a kid, I remember being so horrified by this man who took these people off their land. When I got over, I had to examine the fact that my family, or — I'm Irish, and Protestant, and I share more ancestry with people like him ... it was a lot of me coming to terms with my Irish identity. I realize, now that I've written the book — it helped me understand that it's a bit of a narrow question. As a country, we need to do much more better at having a more nuanced understanding of ourselves, because it's much more complicated than all that.

I was so invested in the uprooting of this family, and it was moving to watch them undergo huge amounts of change and disruption of the status quo as a family unit. Have you found that you change best on your own, or with the help of other people?

I think probably both. I was really lucky: I went to school in Scotland, and then I was in Paris for a year, and then I came here to New York. Traveling alone, and arriving alone, to places where you have to survive, is an incredibly good catalyst for change and looking at yourself. I've only really been an adult in the United States, and people here have really helped me and changed me. The sort of East Coast, liberal world that I live in here, people are very emotionally mature. I think a lot more emotionally mature and much better at talking about their emotions than people in Ireland. I've become much better at some things because of them.

How'd you balance writing this novel while working as a teacher?

I was really lucky. My husband [Mike Harvkey], he's more impressive — his book [ In the Course of Human Events ] just came out, and he did have a 9-5 job. I was lucky: I teach two days a week, and the rest of the time is my own. I find that if I can write in the mornings and then do class prep and grading in the afternoons, that'd work really well. It wasn't that difficult, I have to admit, because I was mistress of my own time. I'm the type of writer who can't write for more than three hours at a time. After that, I'm ready to do something else.

I'm the type of writer who can't write for more than three hours at a time. After that, I'm ready to do something else.

Do you entertain fantasies of leaving New York? I read your great essay about having two homes and the longing for Christmas in Ireland.

I do entertain fantasies of leaving New York, actually. I've just come back after having been away for nearly a year.

You were in Asia, right?

Yeah! It was amazing. We lived through — I met my husband at Columbia [where Lane and Harvkey received MFAs] two weeks before 9/11, and so we lived through 9/11; we lived through the economic collapse; we lived through everything getting insanely expensive; Brooklyn becoming a brand, and we just wanted to have a break and see if we wanted to come back, and I think the truth is no. It's such an amazing place, and it's such a great place to be, but it's really hard to be a writer.

I'm staying with a friend in the West Village, and right around the corner used to be St. Vincent's hospital, which was a huge resource to patients with AIDS, and now it's totally gone. And there are condominiums in its place, and no hospitals nearby. I think the city is starting to not value artists.

I think the city is starting to not value artists.

Do you think Ireland is a place that values artists?

It does and it doesn't. I think in some ways it's fantastic. For example, there's an organization that you belong to if you're a successful, professional writer, that will actually give you a pension when you're old. It's not that much, but it's a pension from the Irish government for artists. Writers used to pay tax, and they do now, but maybe not on the first part of their earnings, or something. So financially it is much more supportive for artists. But for me, it wasn't a place that I could become a writer. For me, it's a much more homogenous society. It's not a society that favors any breaking from the norm or unusual thinking or anyone who tries to think differently than the norm. That's why the Irish writers leave: James Joyce left, and so did Beckett. Tons of people leave and never go back, and I think the great thing about coming here is this is a much more free-thinking place.

Which Irish authors do you think do a great job of capturing the countryside?

John McGahern — he wrote 10 novels set in the Irish countryside. His vision is a lot bleaker. He grew up in quite an abusive household. For him, the country is beautiful, but also a trap ... I think he's one of my favorite Irish authors. And Anne Enright, of course.

For me, [Ireland] wasn't a place that I could become a writer.

What are you most looking forward to reading next?

I'm actually reading a lot about Berlin. I think I want to set a novel in Berlin, and so I've been reading a lot about the aftermath of World War II — I don't want to set it then, but I just want to learn modern Berlin better. And a friend lent me a book about Germany's the complicated attitudes towards the U.S. So I'm reading a bit of nonfiction; how about that? I'm just working out if that's what I want to be working on.

Do you have a plot in mind for that book?