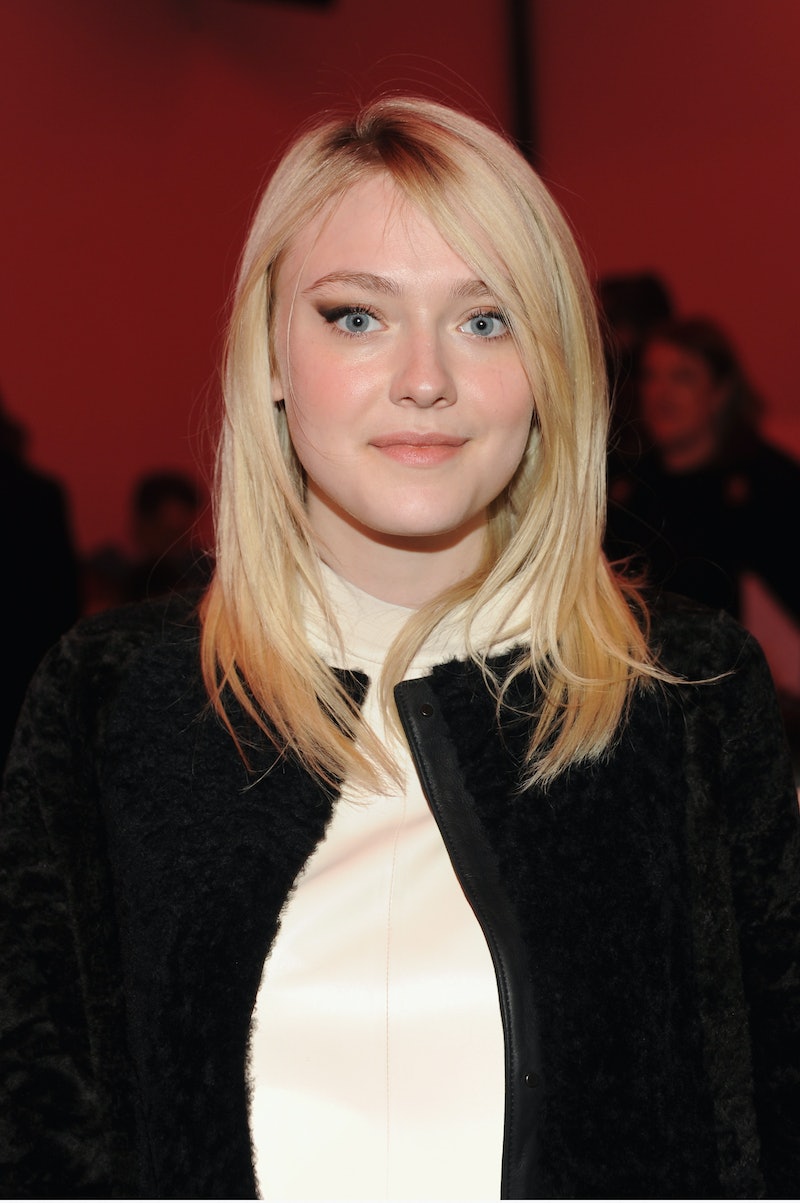 Elle might be the Fanning sister who's gotten all the attention this year so far thanks to Maleficent, but it's her older sibling who's set to command our attention for the rest of 2014. On Friday, it was announced that Dakota Fanning has signed on to star in Brain on Fire , a Charlize Theron-produced adaptation of Susannah Cahalan's bestselling memoir. Add this role to the seven others Dakota has coming out this year and next, and it looks like Elle won't be the only Fanning sister reigning over Hollywood for much longer.

According to Deadline, Brain on Fire is currently being optioned by Theron's production company, Denver and Delilah, and it shouldn't have any trouble finding studio backing. Like Dark Places , the Gillian Flynn adaptation the company just helped produce, Brain on Fire is a powerful, female-focused drama, a terrifying and compelling look at the human condition. With Fanning as Cahalan, a young writer who suddenly, unexplainably descends into madness, the film should also elicit supporters with its potential for Oscar; for a 20-something actress, this is about as meaty a role as it gets.

As those who read the memoir know, Brain on Fire has serious potential to be a must-see film. Cahalan's story is frightening and urgent, and the ultra-talented Fanning should be impressive in the role. Years of solid work have already earned her Hollywood's respect, but Brain on Fire could be the one that earns her an Oscar. Sure, at 20, Fanning's a bit young for the part (Cahalan was 24 in the book), but she's always seemed mature for her age; playing someone a few years out of school shouldn't be a big stretch for the girl who quoted Baryshnikov at age eight.

Brain on Fire might be Fanning's biggest shot at an Academy Award this year, but it's not her only one. The NYU student somehow had time within the last few years to film seven upcoming movies, such as Night Moves , a drama with Jesse Eisenberg; Franny, where she plays a pregnant (!) newlywed; and Effie, a biographical drama written by Emma Thompson. Fanning's four other films, including an untitled '80s-set punk-rock drama, aren't aren't any less impressive. Really, any of these upcoming movies could net Fanning major attention, not to mention a few awards.

It's great to see the actress making such a massive comeback, as it feels like it's been forever since we've seen a movie of hers in theaters. Roles in the Twilight franchise aside, Fanning's last big release was The Runaways, back in 2010. As much as we love her sister, it's time that the "original" Fanning return to the spotlight. Not that there isn't room for both, of course; with Elle's fantasy blockbusters and animated comedies mixed in with Dakota's heavy dramas and indie romances, the Fanning siblings could reign over every corner of the industry. And really, would anyone mind?