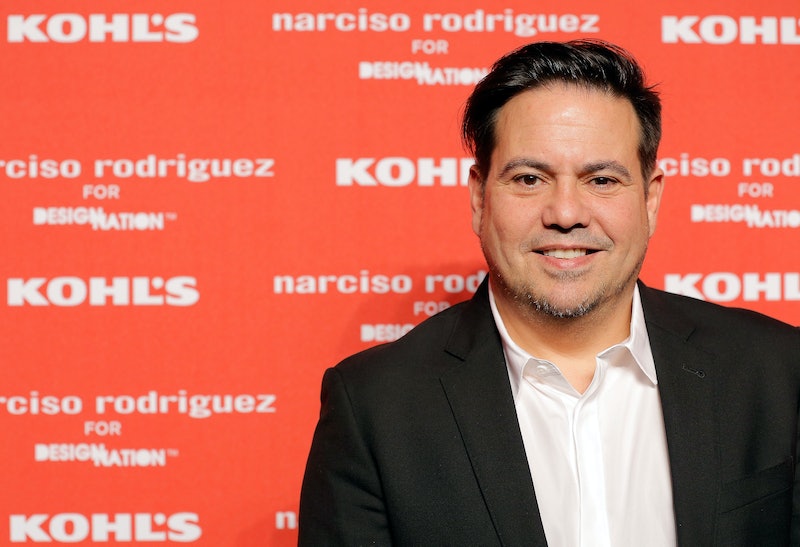 Fashion designer Narciso Rodriguez — red carpet favorite and Vogue darling — is the winner of the 2014 National Design Award in Fashion from Smithsonian’s Cooper-Hewitt, National Design Museum. The award honors lasting achievement in American design, from fashion and architecture to Corporate and Institutional Achievement (Etsy won this year), as well as a prestigious Lifetime Achievement Award that went to the men behind brand logos like PBS, Chase, Mobil, New York University, and National Geographic.

Rodriguez is definitely a fashion-world name; someone that the average normcore-ite on the street might not recognize. But that doesn't mean he's not a really big deal. After graduating from New York City's Parson School of Design in 1982, Rodriguez worked for Anne Klein, then Calvin Klein, where he met the woman who would change his life — Carolyn Bessette, then working as a publicist for Calvin. The two became best friends, and when Besette married John F. Kennedy, Jr., she asked Rodriguez to design her dress. Perhaps you've seen it? It was the bias-cut wedding slip dress heard 'round the world, and when paired with Bessette's golden hair and Connecticut tan, well, the effect may have single-handedly launched Rodriguez' career. The rest, as they say in the fashion world, is beautiful history.

1. His minimalism has curves.

Rodriguez is famous for sharp edges and clean-cut silhouettes, but he never seems to forget that a woman's shape, underneath it all those clothes, is drawn in curves, not straight lines.

2. He designed that election night dress. You know the one.

After Carolyn Bessette-Kennedy's wedding dress, the most famous Rodriguez frock in the world is probably the one Michelle Obama wore on her husband's election night in 2008. Some hated it, others loved it, but everybody talked about it.

3. He was born to dress Vogue cover stars.

Vogue loves to put Rodriguez on its covers, and Rodriguez looks exquisite on Vogue. Hoards of female celebrities — from Sarah Jessica Parker and Kate Hudson to Uma Thurman and Sandra Bullock — have sported Rodriguez on their Vogue cover, sometimes within the same year.

4. He knows his womenswear.

And the awards prove it. Rodriguez was the first-ever designer to win two consecutive Womenswear Designer of the Year awards from CFDA.

5. He treats his leading ladies well.

Vogue points out that Rodriguez attracts "the sort of A-lister not given to sartorial histrionics," and they're so right. Those who want glitz and leopard print should turn to another designer, but when a celebrity wants to look like herself at her best she goes for Narciso Rodriguez. On the red carpet, his designs stand out for their elegant simplicity, but ultimately, they're unobtrusive. The woman gets to carry the dress. Always.