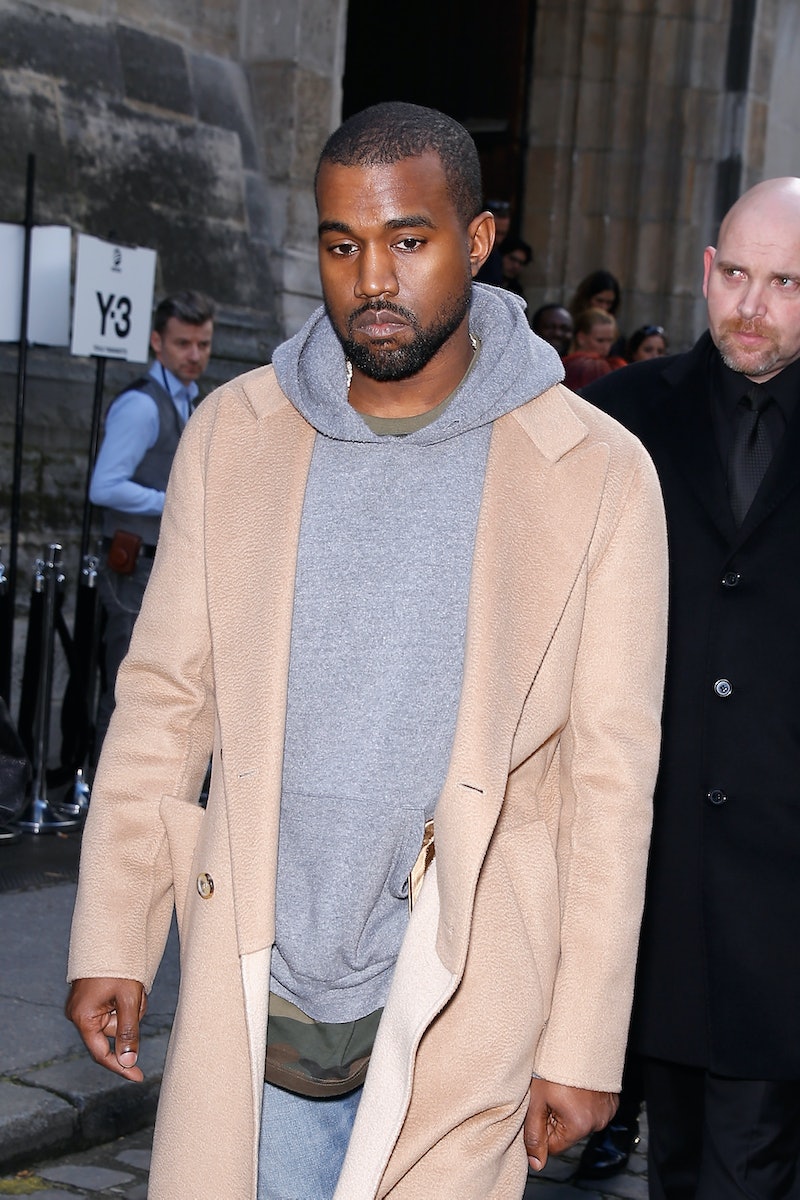 Apparently, Kanye West doesn't know how to have fun. Or he does, but he is always sad. However, when Kanye is sad, we get to have all of the fun! Some glorious soul on the Internet has found a picture of a sad Kanye ziplining. Ziplining, apparently, does not appeal to Kanye West. And neither, does... well, anything. Thanks to a brilliant Tumblr called "Sad Kanye," we have had the privilege of looking at tons of pictures of the rapper looking he has a bad case of the blues.

The Tumblr posts are laden with hilarious captions like, "Me and Kim having a great time on holiday," and "People are making fun of me because me and Kim called our baby North. And this coat is really hot. And these trousers are a bit silly. Just want to cry." Aww, don't cry Kanye! Just keep scowling and providing the Internet with more fodder.

But hey, it's okay. As the Tumblr says, "everybody gets sad sometimes, even Kanye." We all have our bad days, man.

And zip-lining is tough. It's hot, you have to wear all of that gear, and then people expect you to be happy. For all we know, he could be winded from zipping across those lines. Or he's probably just sad. He's always sad.

And while other's people sadness doesn't thrill us — unless we're having a moment of schadenfreude — the Internet banding together for a purpose, of course, does. Take a look: