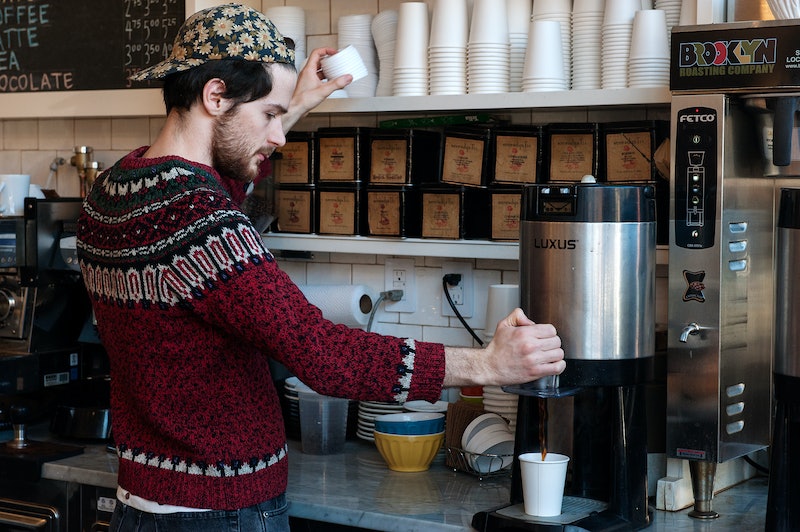 I will never run out of reasons to drink more coffee. Besides the fact that I just, y’know, like it, more and more research keeps pouring in about the health benefits of my favorite brew. And wouldn’t you know it? Today we’ve got a twofer: Increasing your coffee intake can decrease your risk of diabetes, and strategically-consumed cups of joe make you a more ethical person. It’s a coffee lover’s dream!

As CNN’s The Chart blog noted, the connection between coffee and diabetes isn’t new; indeed, we took a look at it once before way back in November (my, how the time flies!). What is new about this particular study from the Harvard School of Public Health, though, is that it examines how your risk changes depending on how you adjust your java consumption. Using 20 years’ worth of health diet data from more than 100,000 people, researchers found that your risk for type 2 diabetes does in fact change based on whether you change how much coffee you drink. People who reduced their coffee intake by eight or more ounces a day suffered a 17 percent increase in type 2 diabetes risk. Those who started drinking an extra cup, however, ended up with an 11 percent decrease in diabetes risk. And the crowning glory? People who drank 24 or more ounces of coffee a day and didn’t adjust their java habit over time had diabetes rates a whopping 37 percent lower than those who drank eight or fewer ounces a day.

The researchers don’t know yet whether drinking tea or decaf coffee will have the same effect; what they do know, though, is that coffee is full of A) antioxidants, which are terrific for your heart, and B) “bioactive compounds” that might improve your body’s ability to metabolize glucose — hence, a possible explanation for the drink’s diabetes-repelling powers. According to study coauthor Shilpa Bhupathiraju, PhD, we should be aiming for three to five cups of coffee a day. Just, y’know… don’t drink it late in the afternoon or in the evening. That’s an excellent way to screw up your sleep patterns.

And for today’s second “OMG, coffee is just the best, isn’t it?” tidbit, we have this: Another study published in the Journal of Applied Psychology claims that having a couple of cups at work can help you stay on track, ethically speaking. Said David Walsh, an organizational behavior professor at the University of Washington, “When you’re sleep deprived at work, it’s much easier to simply go along with unethical suggestions from your boss because resistance takes effort and you’re already worn down. However, we found that caffeine can give sleep-deprived individuals the extra energy they needed to resist unethical behavior.” Added Michael Christian, an organizational behavior professor at UNC Kenan-Flagler Business School, “Our research shows that sleep deprivation contributes to unethical behavior at work by making you more susceptible to social influences, such as a boss who tells you to do something deceptive or unethical. Caffeine can help you resist by strengthening your self-control and willpower when you’re exhausted.”

You tell those pants.

Walsh, Christian, and their researchers suggest that providing caffeine in the workplace, reducing long hours, and giving employees a spot to catch a few ZZZZs in the office might cut down on unethical behavior. If I didn’t already work from home, I would say that making those changes to my office environment would be the best idea ever.

Getting tired of drinking the same old cup of joe every day? Mix up your routine by testing out one of the Huffington Post’s nine favorite brewing methods — or give one of these treats a try: