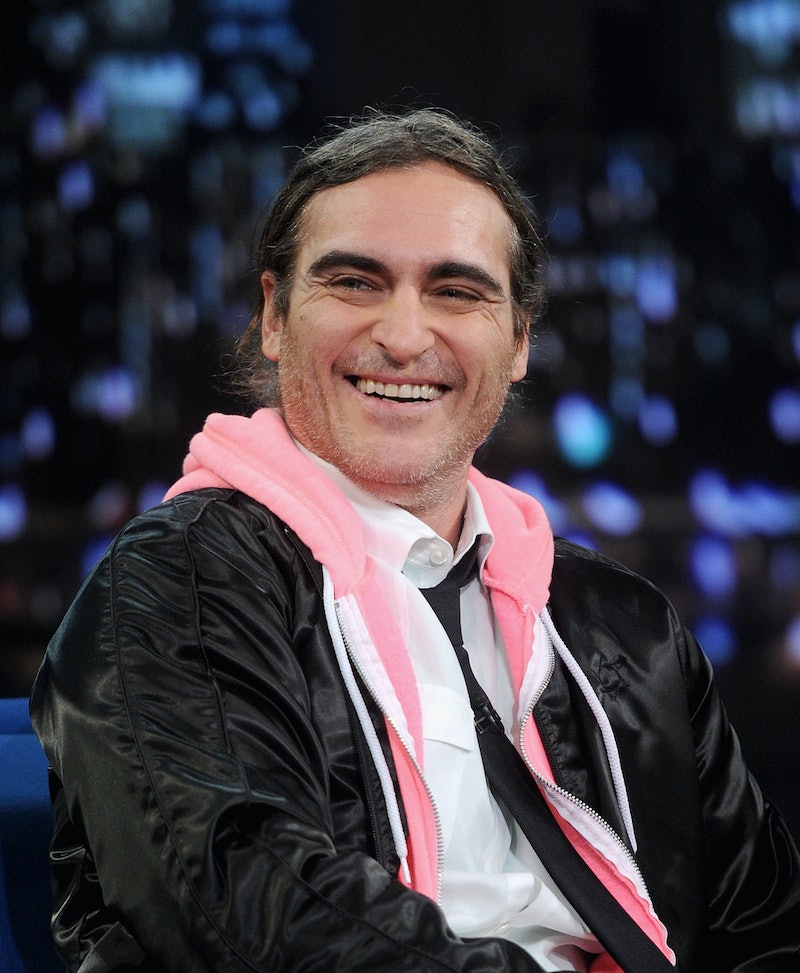 Joaquin Phoenix will be starring in a new film directed by Woody Allen, which is scheduled to begin production this summer. As is fairly typical for Allen's films, further plot details haven't been released, so we're left to speculate about, well, everything, including the genre of the film. Is it even a rom-com? Or a com-dram? A mix of rom-com-dram? Allen's tradition of leaving audiences in the dark and keeping such seemingly-innocuous details about the type of movie it is a secret suggests that we will probably have to wait.

That said, having just completed production for Inherent Vice, an adaptation of a crime novel by Thoman Pynchon, we can guess Phoenix's next role may also be a dramatic one. Phoenix's history of taking on heavier roles (Her, Walk The Line, Gladiator, Signs) also suggests that the film could be a drama, since that's the genre he's most known for, but it's possible that he could surprise us.

Doesn't Serious Actor™ Joaquin Phoenix ever get tired of dramatic roles? Will he ever play a character who's, I don't know, happy to be alive?

Allen's other new film out this summer is, after all, Magic In The Moonlight, starring Colin Firth and Emma Stone, which definitely ventured into rom-com territory. Will Phoenix be dabbling in more light-hearted material, too? Will Allen and Phoenix concoct an entirely new genre?

In his usual way, Allen leaves us to wonder if we'll be getting more of the usual Joaquin Phoenix.

Here's hoping Woody and Joaquin shocks us all, and it's a musical.