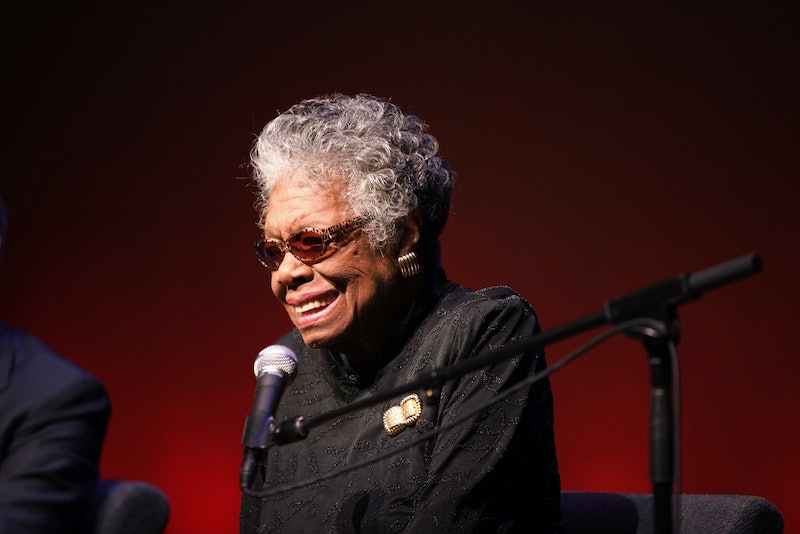 Congrats, high school seniors! Most of you have received your college acceptance letters by now and are deciding where you'll go in the fall. You're also (hopefully) having an awesome second semester, going to prom, pulling pranks, spending quality time with Mom and Dad, cutting class to smoke weed in the woods behind school, and Instagramming it all — ya know, teen stuff!

If you’re anything like I was, though, you might be a wreck right now. I had the really cool experience of getting rejection letters from six colleges on one day, and finally decided to go to the one school that hadn’t waitlisted, deferred, or rejected me. I wasn’t all that excited about my default college, and the most info I had about what my life would be like there came from Facebook, where I’d stalk members of the Incoming Freshman Group, and where my randomly assigned roommate conspired with her friend to dump me and live somewhere else because she thought my name was weird. (I think her exact words were “let’s trick her into moving to the shitty dorm.”) What I didn’t consider, and what I wish I had, were the professors I’d have, and how important those relationships would be.

While I would’ve had plenty of other stuff to worry about before going to college, if I’d known how great my professors would be, I would’ve been a lot more excited. I didn't go to Princeton, but if I'd known Toni Morrison (pictured above) could've been my professor, I would've begged my parents to drop me off at school ASAP. Are you fretting about freshman year? See what well-known, talented authors are teaching at your college, and get excited to learn from them!

Boylan is the best selling author of She’s Not There, a memoir describing her late in life transition from male to female, and recently published a second memoir, Stuck in the Middle with You. She’s been interviewed by Oprah, Larry King, and regularly writes for The New York Times. By day, though, she’s one of Colby College’s most beloved professors, currently teaching writing classes in the English department.

Iran issued a fatwa on Rushdie after his Satanic Verses was published, but the award-winning author is still writing. He’s the Distinguished Writer-in-Residence at Emory University in Atlanta, but it might be hard to get a heart-to-heart during office hours; his faculty page says “Sir Salman CANNOT be contacted through the English Department.”

Collins’s poetry is often taught in intro courses, so who better to learn from than the man himself? English majors can take classes with the former Poet Laureate at Lehman College in the Bronx.

Her memoirs The Liars’ Club, Cherry and Lit were critically acclaimed, which isn’t surprising, given she once studied under Tobias Wolff. At Syracuse, she focuses on memoir and poetry.

Dove is a former Poet Laureate who has also published short stories, novels, and plays. Having won just about every major writing award, students at the University of Virginia are beyond lucky to have her in their English department.

Butler’s Gender Trouble and Bodies That Matter totally transformed feminist and queer theory, and are must reads for anyone interested in Gender Studies. She’s still writing and engaged with social justice, but students at UC Berkeley can take classes on critical theory under her tutelage.

After joining Wake Forest University’s faculty, the author of I Know Why the Caged Bird Sings has published three other memoirs, seven poetry collections, recited a poem at Bill Clinton’s first inauguration, and received the Presidential Medal of Freedom. She’s currently the Reynolds Professor of American Studies at WFU.

Pulitzer Prize and MacArthur Fellowship winner Diaz is teaching scientists and engineers a thing or two about writing as a professor in MIT’s Comparative Media Studies/Writing department.

Smith might be one of the most revered authors working today, but she still finds time to help other writers get started. She’s currently an English prof at New York University, with her faculty page listing her research interests as “Fiction writing; literary and cultural criticism.”

Foer — the writer behind Everything is Illuminated and Extremely Loud and Incredibly Close holds a professorship at NYU in the Creative Writing Program.

He wrote Ragtime, City of God, and a number of other award winning books (this guy is seriously decorated), but he’s also the Lewis and Loretta Glucksman Chair of English and American Letters.

Want to be taught by a Pulitzer finalist and a MacArthur Fellowship recipient? Take a class with Whitehead in the Creative Writing Program.

Minot is another literary star in NYU’s writing program, an award-winning writer who's especially known for her short stories and novel, Evening.

Komunyakaa is a Pulitzer Prize winner and former Chancellor of The Academy of American Poets; now, the esteemed poet is a senior faculty member in the Creative Writing Program.

Howe’s moving poetry won her the role as New York’s state poet, but she keeps busy as an NYU professor. There might be competition for her time, though — she also teaches undergrads and grad students at Sarah Lawrence College.