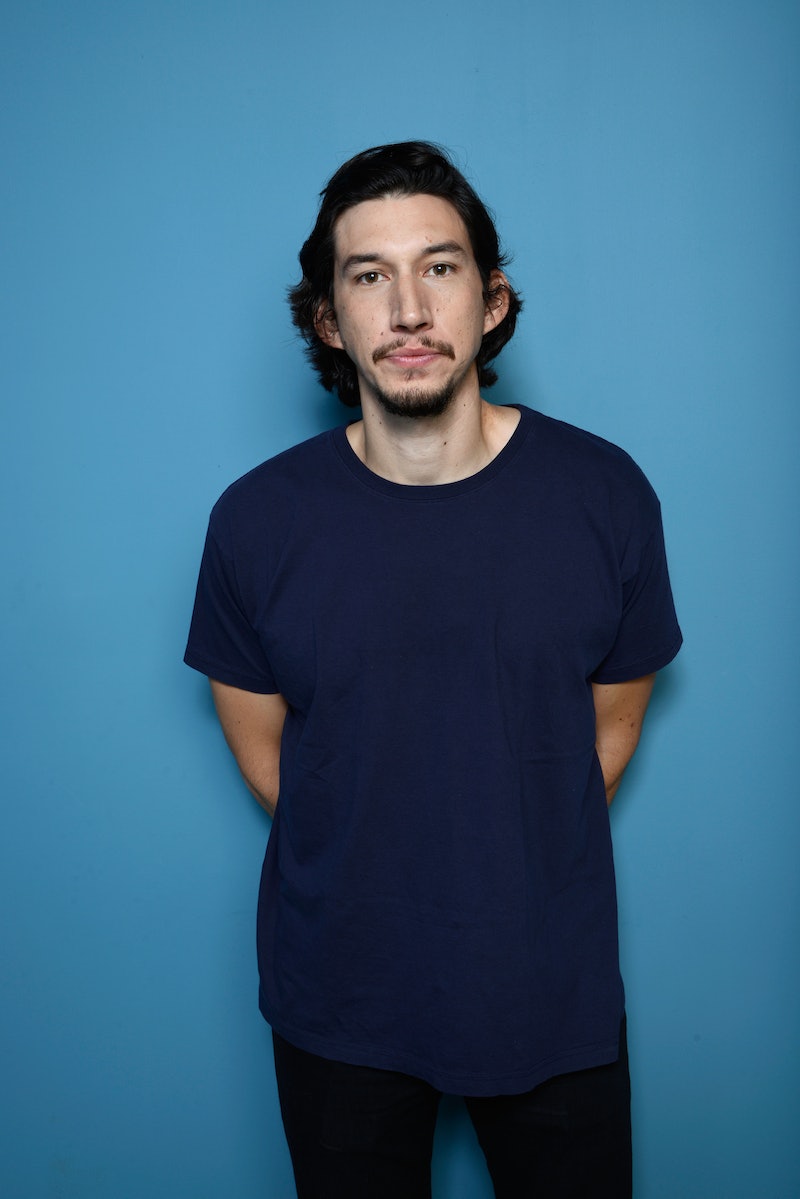 I knew, from the moment I saw him holding a sheep in Vogue, that Adam Driver would make the perfect Star Wars villain. Variety reported in February that the Girls star was "Disney and Lucasfilms' top choice to play the main villain" in the upcoming Star Wars: Episode VII, and women ages 18 through 49 couldn't agree more. Whether it's his slightly asymmetrical face, his droning voice, or the casual acts of sexual violence that he has portrayed on Girls, there's something about him that just screams, "cast me as the bad guy."

Driver will be joining Oscar Isaac (whom I've pegged as the next cantina singer), Andy Serkis (Chewbacca's wife), and Domhnall Gleeson (probably a bit part, like Confused Stormtrooper 2, but nothing truly central to the plot) as new members of the cast. They will be joining Harrison "Anything to make up for Ender's Game" Ford, Carrie "Remember my 30 Rock cameo?" Fisher and Mark "Womp rats" Hamill, the original stars. I can't wait to see how the chemistry has developed between Leia Solo and her husband over the thirty years since we last saw them. Even if people haven't forgotten that she kissed her brother, Game of Thrones features enough intentional incest to leave that smooch in the cinematographic dust.

But back to Adam Driver, who, with his sultry shiftlessness as Adam Sackler on Girls, has come to embody the boyfriend we love to hate and hate to love. His relationship with Hannah, while less physically painful than a que-tip to the eardrum, is nonetheless a studied blend of passion and toxicity. Watching their relationship is like watching the first stages of heroin addiction. How then, will Driver embody the perfect Star Wars villain? He will simply love every force of good on the show, and, in doing so, will be able to corrode them from within.

Lest we forget, Star Wars has succeeded in the past by allowing its evil characters to grow naturally into their twisted selves. Darth Maul was the most one-dimensional character by far, but aside from him, it was fascinating to watch Emperor Palpatine and Anakin Skywalker transform into their darker (or, actually, paler) selves. Power has a way of turning politicians into megalomaniac warlords, it seems. That, and losing the ones you love. Driver is well-prepared for a corruptible political position in this Star Wars film, because he can portray the single-minded focus necessary for making the jump from "good intentions" to "the path to Hell." As the actor said in an interview with The Daily Beast , "Adam’s always been consistent in running full-force and exhausting it, and then trying to find something else to move full-force at." May the full-force be with him.

Finally, Driver has shown, through Adam Sackler, that he can commit atrocities with a smile. Whether it's peeing on Hannah in the shower, or the incredibly uncomfortable sex scene with Natalia (Shiri Appleby), he seems like someone comfortable with razing an entire village of Tusken Raiders to the ground. While Girls has done much to humanize and contextualize Adam since the grittier first season, it's still important to remember that, as with all great villains, his darker side lurks beneath a smiling semblance. As Andy Serkis can tell you, it's that aura of possible redemption that makes Gollum so haunting even in his duplicity. And, while we can't say yet exactly what kind of villain Driver will portray, we can bet that we will be both charmed and terrified by the result.

More like this
'Obi-Wan Kenobi' Takes Place After This Key Star Wars Movie
By Arya Roshanian
Everything To Know About Marvel’s 'Thor: Love And Thunder'
By Grace Wehniainen
The 'Hocus Pocus' Sequel Finally Has A Release Date & It Makes Total Sense
By Shannon Barbour and Radhika Menon
What Does Doctor Strange’s Third Eye Mean?
By Arya Roshanian
Get Even More From Bustle — Sign Up For The Newsletter