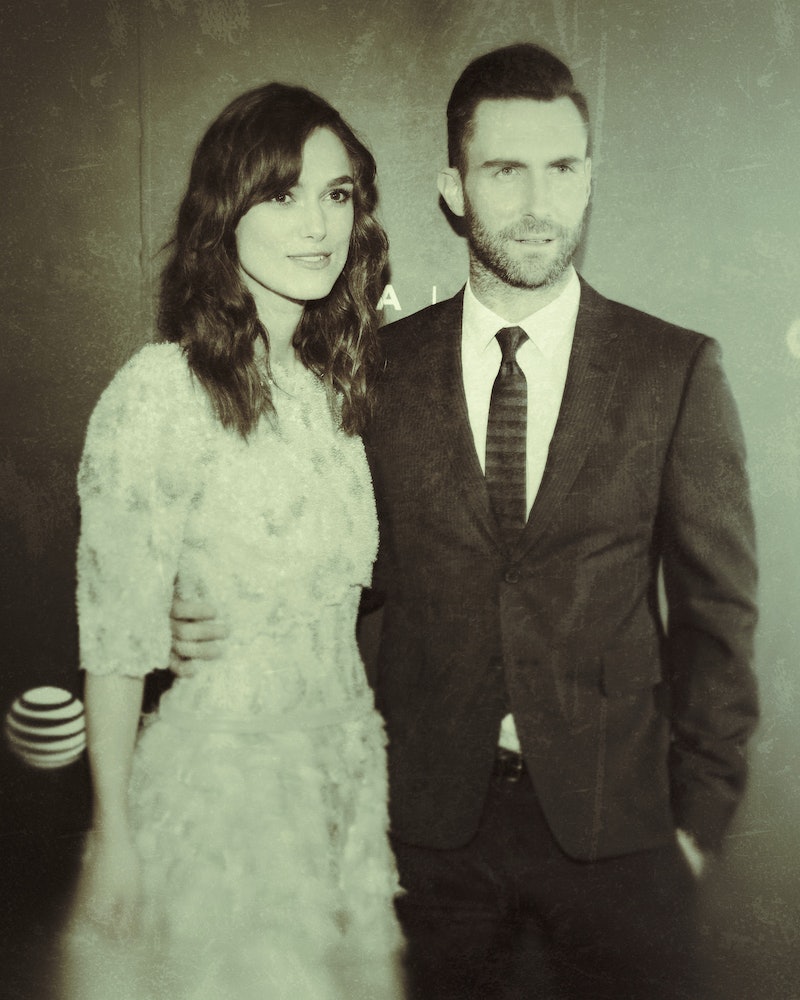 Adam Levine has changed his hair. No, we're not talking the half-head shave he did the last time he changed his hair: This time around he's going (arguably?) even more extreme. Because Adam Levine is now a bleached blond, and I'm not entirely sure the world knows what to do with that.

It's also entirely possible that the mercurial moods of Adam Levine's hair are in fact his way of tipping us off to a coming armageddon situation? Because he captioned the twitpic of his follicle change "Apocalypse prep course complete," which can only lead to a few obvious assumptions: 1) That Adam Levine has been one of the four horsemen of the apocalypse this entire time (Blake Shelton is obviously another), and that the time for action is near, 2) That he's about to star in a Billy Idol biopic and and a whoooole lotta people are about to start a riot about it, or 3) he's playing Draco Malfoy in a Harry Potter reboot.

Really any of them seem plausible, but we could also go with "dude felt like changing his hair." And no, he doesn't care if you like it: As he wrote on twitter after posting the picture, "I hope people understand that when they say my hair looks creepy i take that as the highest compliment." Yeah, my bets are on the four horsemen of the apocalypse theory. Gaze into his horsemen eyes (and new blond locks) to decide for yourself:

More like this
Tanya Burr Is Expecting A Baby With Her Mystery Partner
By Maxine Harrison
Bustle Newsletter: June 22, 2022
By Stephanie Talmadge
Kim Kardashian Chopped Her Platinum Hair Into A Lob
By Olivia Rose Ferreiro
Regé-Jean Page On The Art Of Power Napping
By Paris Giles
Get Even More From Bustle — Sign Up For The Newsletter