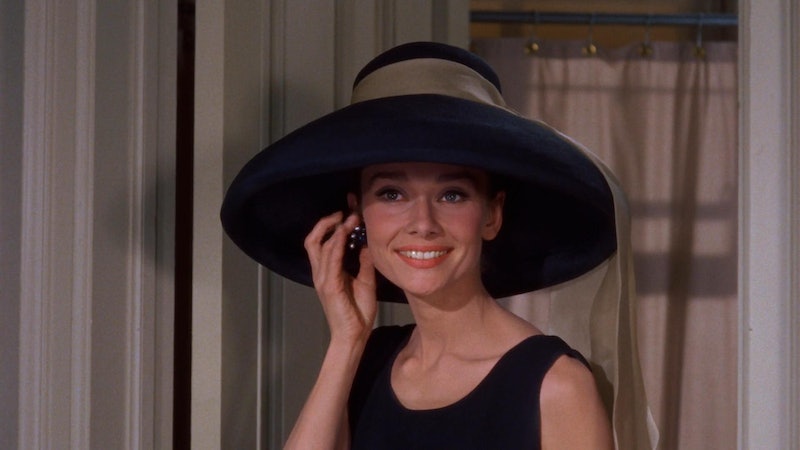 Like the search engine tends to do from time to time, Google honored Audrey Hepburn on what would have been her 85th birthday, as Sunday's doodle features her delicate profile and smaller sketches of her work with children. Breakfast at Tiffany's was one of the star's most iconic films, as the ubiquity of the film poster in college dorm rooms attests. In addition to launching a thousand Halloween costumes, however, I would argue that one of Hepburn's most important legacies is the song "Moon River." As the Telegraph reports, composer and lyricist Henry Mancini and Johnny Mercer wrote the song with her vocal range in mind. She apparently had a voice that was "threadlike, and extremely limited in range, though always in tune." Indeed, the president of Paramount Pictures reportedly demanded that the song be cut from the film after the first preview screening, but Hepburn stood her ground. She insisted that he would do so,"over her dead body."

Ultimately, Paramount did not include Hepburn's recording on the soundtrack album; Mancini performed it instead. The song as Hepburn sang it, however, garnered the Oscar for Best Original Song in 1961. This is important, because Hepburn's performance was beautiful for its imperfection. While she may not have needed auto-tune, had the technology been available in her day, she and the producers acknowledged that she did not have the strongest voice. What made the song so special, then, was the vulnerability that accompanied her pushing herself despite her limitations. When her voice almost slips away on the word "drifters," it perfectly captures the melancholy and fragility of Holly Golightly's life in New York City.

I would argue that the honesty of this moment speaks to a power beyond technical perfection. It speaks to the need to stand up for your art when it's on the cutting floor. Credit is also due to Mancini and Mercer, who crafted this lovely song for a lovely woman with a limited range. Obviously, we don't all have personal songwriters at our disposal, but in honor of Hepburn's birthday, I believe that a karaoke night is in order. There is something beautiful about every human voice lifted in song, whether it strides forth confidently or lifts itself in lighter breaths. We, too, can make music, even if we don't have the best tools. We can write in dribs and drabs, on napkins or even planners. We can take time to look for the art and the imperfections around us, and to fight for them. We don't need auto-tune, because our flaws are what make us honest.