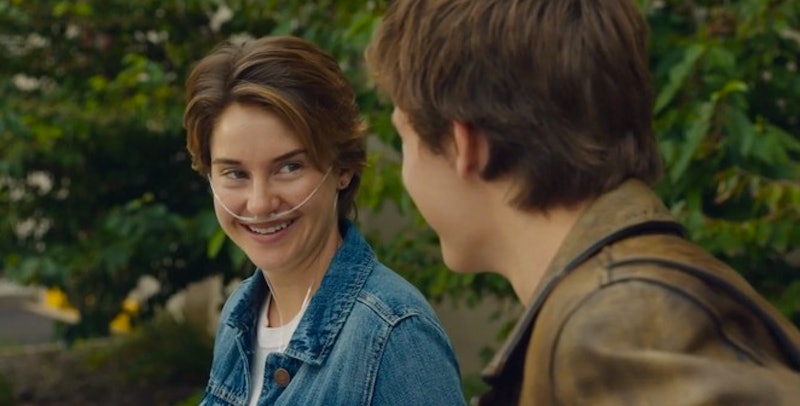 It's a tried and true pop culture tradition: Jokes will be made whenever two actors have a relationship (working or otherwise) that spans territories both familial and romantic. Hence the "accidental incest" talk surrounding The Fault In Our Stars ' Shailene Woodley and Ansel Elgort. It leads to all sorts of awkwardly incestual fun, including but not limited to Woodley's recent statement that she loves that they've played siblings before because, and I quote, she's "always wondered what it'd be like to kiss [her] brother."

There is a less creepy side to this, it should be noted: Woodley believes that without the bond she and Elgort formed while filming Divergent as brother and sister, the palpable chemistry and sense of ease present in her interactions with Elgort in The Fault In Our Stars would have been impossible.

There would be times when we'd disagree, and if we didn't know each other, we might not say we disagree, because there's that politeness. We were very open with one another when something wasn't going the way we envisioned. It completely lent to these characters […] Thank god we were brother and sister, and now we get to spend the next four years together, which is pretty freaking rad.

As for her apparently long-time wondering of what it'd be like to kiss a sibling, you've gotta give the girl props for her continued frankness. And besides, in the realm of Hollywood incest this is nowhere near the level the Lannisters reached years ago.