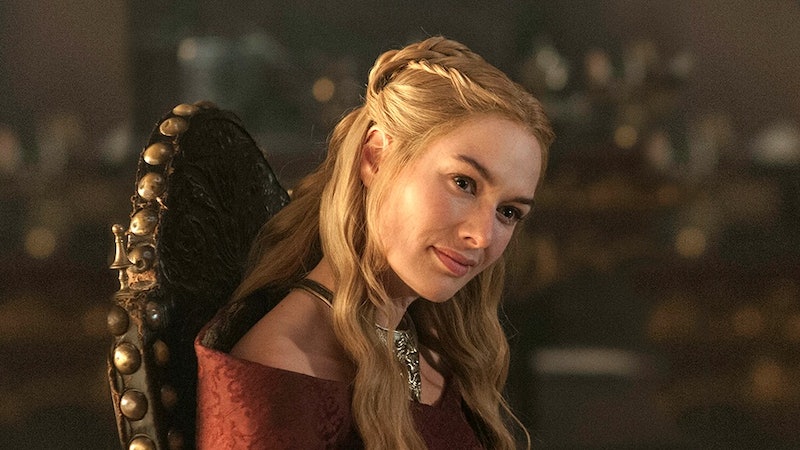 While the most surprising thing about Cersei's latest appearance on Game of Thrones is likely the fact that she's suddenly a kind, considerate person. It's not all that surprising, however, that she misses one of her children: her daughter Myrcella Baratheon.

Of course, this admission of sadness comes while Cersei has her second respectful, civil conversation of the night, this time with Prince Oberyn — sworn enemy of the Lannisters. She and Oberyn stroll in the King's Landing gardens and chat about Tyrion's supposed guilt and eventually, they touch on the topic of Cersei's daughter. Cersei asks Oberyn to tell her daughter that "her mother misses her."

Naturally, if you don't remember back a few seasons, you may be a bit confused. Cersei's daughter Myrcella (who's also likely Jaime's daughter and not a true Baratheon, much like Joffrey and Tommen) was sent to Dorne for a marriage pact with the Martells (Oberyn's family).

It's also interesting that Myrcella is brought up in such proximity to the discussion about Tyrion, because the sweet young Lannister (yes, that's apparently a thing — just ask Tommen) was actually rather fond of her uncle Tyrion.

Even though Myrcella doesn't seem to be someone we'll see onscreen any time soon, she does perform a very, very important function: She makes Cersei more human. (Let's be honest, Cersei's love for Joffrey only made us question her more.)