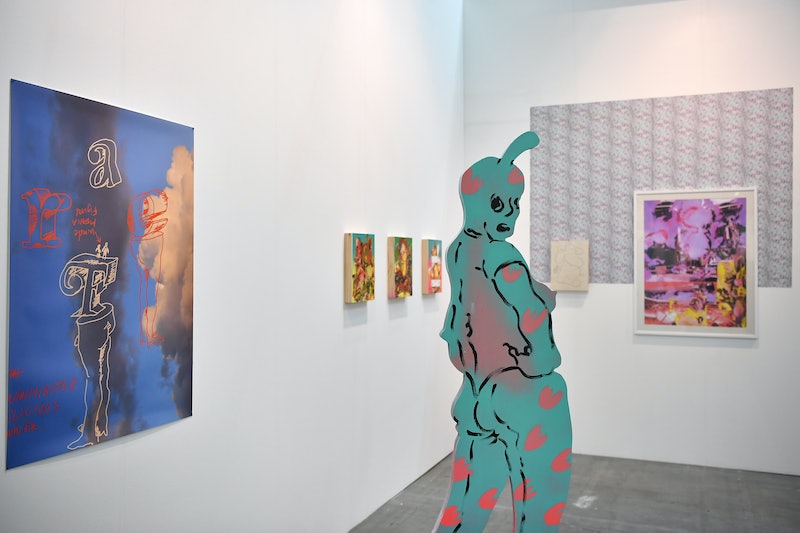 So you want to be a starving artist. Congratulations! While you know you're going to want to move to a city whose culture and art scene will help you jump-start your own creative career, after scanning the Craigslist listings in New York and Los Angeles, you’re likely frozen in a state of financial terror. It’s a common problem for young creators: the cities that offer the best atmospheres often come at too steep a price.

Thankfully, a new crop of artist-friendly cities is on the rise. These cities boast artistic communities that rival those of NYC and LA, with rents that actually allow you to devote time to your art. We based our list of the best cities for starving artists on the vibrancy of the art community and the average cost of living. The result is an assortment of locales that’ll get you excited about making art all over again.

This New England city is home to both Brown University and RISD, and even recently nicknamed itself the new “Creative Capital.” Owing to its large student population, proliferation of cafes, and reasonable cost of living, the city has become a magnet for young intellectuals. According to Frommer’s, a strong underground art scene, as evidenced by a range of galleries, shared arts spaces, and events, helps keep the creative community “grassroots, communal, and intertwined with the larger city.”

Wilmington, North Carolina has become a new hub for for the film and television industry. Sleepy Hollow, Iron Man 3, and We’re the Millers are just a few of the productions that have recently filmed there, providing work for “budding film and TV production assistants looking to jump-start or further their careers in entertainment without facing the cutthroat culture of NY or LA.” The city’s downtown scene and low cost of living — 0.7 percent below the national — provide additional attractions for young artists.

The New Mexico capital’s low-key atmosphere and burgeoning art scene make it an ideal place for young artists who take kindly to southwestern culture and climate. Named one of America’s most offbeat and quietest cities by Travel + Leisure, Santa Fe offers a host of museums, galleries, coffee shops, and an active foodie culture. And with a median gross rent of $905 (as of 2011), it offers a cheaper alternative to more famous cultural hubs like New York and Los Angeles.

No, it doesn’t immediately scream “art,” but Las Vegas has been attracting a number of young creative types. A number of mainstays — including Emergency Arts, a coffee-shop and shared art space and Don’t Tell Mama, a bar known for its live indie music — are evidence of Fremont Street’s revival as an alternative “strip” for artists. The city sports a growing number of art galleries, and with a cheap housing and rental market, the City of Sin also appeals to many young artists’ necessary frugality.

This picturesque New England city on the coast of Massachusetts is the sixth largest in the state and, citing an abundance of galleries, museums, and arts-related events, claims to be the “city of art.” Arts fundraising programs such as New Bedford’s AHA! and the beautiful architecture in Whaling City make the city a creative hub for Massachusetts (which is already a state with 23 percent more artists than the national average). A one-bedroom goes for as low as $650/mo, which helps, too.

Initiatives such as Live from Memphis and the Memphis Urban Arts Commission have helped to draw artists and hipsters to this charming Southern city. But what’s keeping them there? Low living costs (2011’s median gross rent was $785), delicious food, and creativity-stimulating events like Memphis in May offer plenty of reasons to stay.

The Wall Street Journal calls Portland America’s “next art capital,” citing the city’s proliferation of cafes, indie music venues, and progressive galleries, and arts spaces. Many venues make creative use of the city’s culture and history, such as 12128, an exhibition space located in an old crabbing ship. The city’s arts community, which tends to center around the Pearl District, also offers a distinctly alternative, anti-commercial vibe ("artsies in Portland seldom utter the word "gallery" without preceding it with "commercial," WSJ reports), and finds support through art blogs such as Port, which offers a guide to the city’s art scene. While rents have risen in Portland over the last few years, the city still offers more affordable housing than nearby San Francisco and Seattle.

San Juan’s up-and-coming alternative Santurce district and the city’s growing reputation as a tech hub are evidence of its appeal to young creators. The New York Times calls Santurce an “emerging cultural scene” filled with “a parade of 20-somethings wearing thick-rimmed reading glasses, retro high-tops and limited-edition T-shirts.” And the rent, though not cheap, is reasonable enough — especially if you’re willing to live away from beaches and other prime tourism spots.

Little Five Points, a district east of downtown Atlanta, is a famous enclave of southern bohemian culture; Atlanta’s Creative Loafing calls it the city’s “version of Haight-Ashbury.” Of particular note is the area’s theater community. The Horizon Theater Company, Variety Playhouse, and 7 Stages are all examples of the area’s strong indie theater showing. It’s a distinctly gay-friendly neighborhood, too, with gay bookstores and nightlife spots among its eclectic offerings. With a strong arts scene, an all-are-welcome attitude, and attractive rent prices ($850/mo on average), Little Five Points is one of the south’s most popular artistic destinations.

Both munipial and grassroots efforts combine to make New Orleans one of the premiere cities in the U.S. for artists of every stripe. The city’s Arts Council and NOMA museum help to finance and publicize the work of local artists, and arts groups in hipster neighborhoods such as Bywater and Marigny provide additional community-based support. The city’s abundance of art markets and galleries seals the deal, and below-average rents are sure to keep young artists coming in droves.