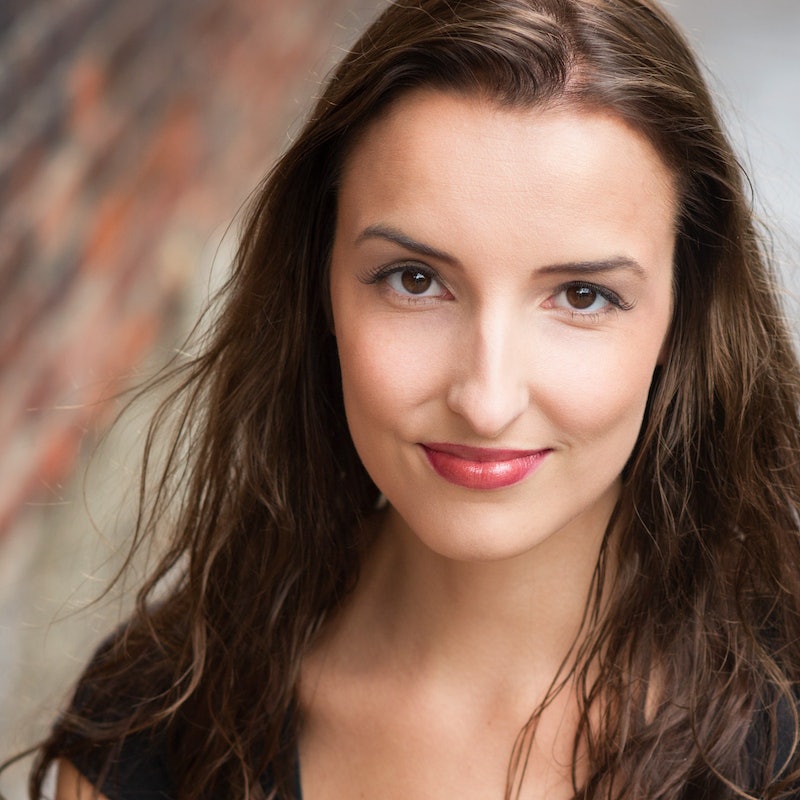 A severed ear in a laundry hamper, a mother reincarnated as a horse, a boyfriend who has turned into a camel — these are the weird and surprisingly poignant images that make Kodi Scheer's stories unforgettable. Incendiary Girls (Little A/New Harvest), Scheer's debut collection of stories, contains 11 tales that explore the absurdity of having a human body and its relationship with the spirit. There's "No Monsters Here," in which the worried wife of a soldier finds his body parts strewn in random spots in her house. In "Transplant," Angela wakes up with a donor's heart with different skin and hair and spiritual inclinations. And in the title story set during the Armenian genocide, an unorthodox angel watches Vartouhi, a girl who escapes death.

Scheer's stories examine our states of nature through the lens of the supernatural, the spiritual, and the strange. Her protagonists encounter pain and possibility, and Scheer presents their realities with poise. Scheer discussed the overlap of fiction and medicine, her work as a writer-in-residence at the Michigan Cancer Institute, and how weird reality can be.

BUSTLE: Tell me the origin story for "No Monsters Here."

KODI SCHEER: I had this image of a woman finding her husband's severed ear, in a laundry hamper no less, stuck in my head. No idea where this particular image came from, but in general I think my ideas come from a conversation between my conscious and unconscious minds. I don't know which one started it, but I have a feeling the dialogue had been going on for a while, long before the severed ear became a conscious obsession.

Then I began to wonder what might happen if this woman found her husband's other body parts around the house, like his arm under their daughter's bed. I deduced that her husband was missing, but he'd essentially left on his own accord — in this case, he's a medic in the army reserves who'd expected to aid in humanitarian missions. For the protagonist, Hannah, this uncertainty feeds into her worst nightmares and signals the end of her domestic world. Ultimately, I think the story is about how powerfully the imagination can mitigate someone's fear of loss.

What do you think are the similarities or overlap between writing fiction and practicing medicine? How do they function similarly?

I'm not a healthcare provider but I'd planned on a career in medicine. I studied the sciences as an undergrad and sought out clinical experiences by volunteering in various units of the hospital and at a women's clinic, plus I worked with human subjects in a neurology lab. But I found myself more interested in people's stories than their exact pathologies.

That said, I think there's a lot of overlap between practicing medicine and writing fiction. In the end, they're both about empathy — putting yourself in another's shoes, experiencing the world from another person's point of view. To a certain extent, I think both medicine and fiction can help relieve suffering. Medicine does this in a more acute and obvious way, but reading fiction can help alleviate suffering just by knowing another individual ("real" or not) has felt the same psychic pain — you're not alone.

It's no surprise that Chekhov, one of our greatest, was both a physician and fiction writer. I love the story "Misery," in which a cabbie has no one to tell about the pain of his son's death and ends up confessing to his horse.

Tell me about your work as a writer-in-residence at the U of M Comprehensive Cancer Center.

It was heartbreaking but also life-affirming. As you might imagine, a lot of people facing a serious disease tend to become more introspective and start to re-evaluate their priorities. I tried to be a guide and help them get their thoughts on the page. Usually this took the form of short memoir, poetry, or as letters to family members.

Some people (ill or not) view writing as a chore, something best avoided, so I attempted to reframe it as a tool that could be useful. For patients, I recommended short personal essays or poems that had helped others in similar situations. I would also talk a bit about the growing body of research that shows expressive writing has positive benefits, like lowered cortisol or stress hormone levels. As a lapsed scientist, I'll admit that this approach appealed to me. Sometimes writing (or reading, for that matter) can feel indulgent — I'm thrilled about the new cognitive approaches to literature proving it's anything but.

What's an example of writing assignments you give patients?

For most people, identifying conflict is easy. Finding mystery or possibility is also relatively simple. The most difficult part of the exercise lies in finding beauty or grace — to see beauty is to see outside ourselves, and that's what we're trying to get at with writing.

I'm fascinated about the idea of the body in crisis, which you capture poignantly in these stories. Do you consider yourself in touch with your body's state and language? How does that help or not help your writing?

The short answer would be no — but because the human body, including my own, is so mysterious, I write to try and figure it out. Aimee Bender says that "everything a human experiences happens on the body" and I completely agree — joy, pain, sadness, it's all here in this fleshy skeleton we have to navigate.

Just when I think I have a decent understanding of how the body works, I discover just how little I know and attempt to explore this in my fiction. I also think our understandings of reality are actually a lot stranger than we might think. Take surgery, for example — a masked man escorts you to dreamworld and you wake up missing a part of yourself. What's more surreal than that?

So I do think this lack of knowledge about my body (and those of others) helps foster my intense curiosity. That and the fact that all of our bodies will fail in some way — crisis is inevitable. I'm especially fascinated with the limits of Western medicine and the mind-body connection — how do we cope when our bodies betray us?

More like this
Meghan Trainor & Daryl Sabara Are Expecting Their Second Baby
By Jake Viswanath
RHOP’s Robyn Dixon Explained Why Juan Paid For Another Woman's Hotel Room
By Brad Witter
How Andrea Riseborough Got Nominated — & Almost Disqualified For An Oscar
By Jake Viswanath
Kaitlyn Bristowe Said Chris Harrison Ignored Her After Her 'Bachelorette' Hosting Gig
By Grace Wehniainen
Get Even More From Bustle — Sign Up For The Newsletter
From hair trends to relationship advice, our daily newsletter has everything you need to sound like a person who’s on TikTok, even if you aren’t.